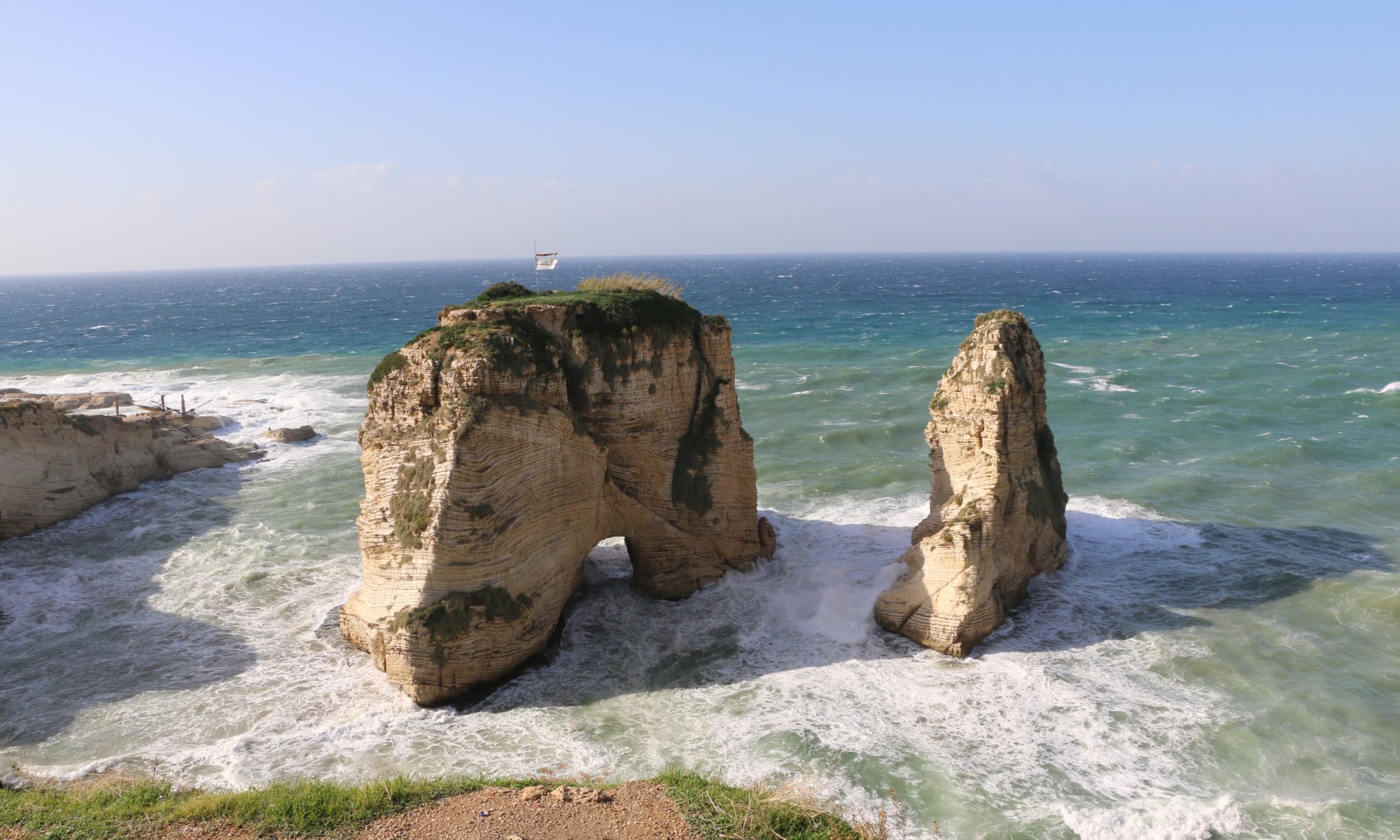 The Pigeons’ rocks or Raouché rocks are a rock formation consisting of two large rocks standing at the shore of the Mediterranean Sea – surrounded by water and waves. They are located in the West of بيروت, Lebanon, belonging to an area called Raouché or Ras Beirut (‘Head of Beirut‘). These iconic rocks are a town’s landmark of the city and often visited by tourists and locals. It is believed that the rocks have split up from the mainland around the 13th century CE. On them, archaeologists discovered tools and flintstones of early humanity.

You can watch the rocks from the Corniche and they create a beautiful scenery with the waves surrounding them. When the weather is good you can also take a boat tour around the rocks. Or you simply have a cup of coffee or tea at the terrace of the Bay Rock coffee bar giving best views on the rocks (which are included in the higher prices).