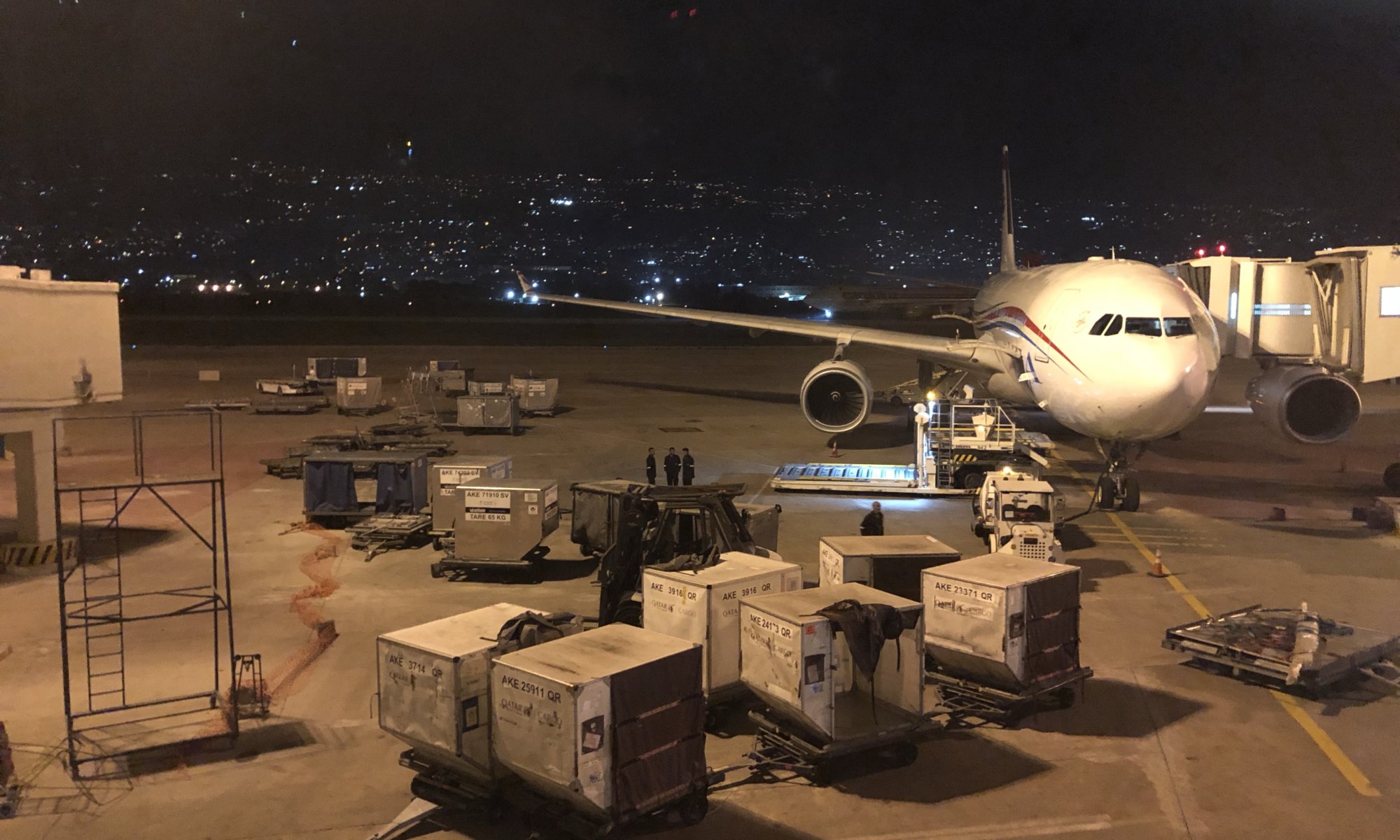 The Rafic Hariri International Airport (BEY) at بيروت is the most important gateway to Lebanon. It is a smaller but well-working airport located 9 kilometres south of the city centre. The airport has just one terminal but three runways and was renovated in 2019 – the old terminal is still standing and looking like a ruin. The airport was named after former prime minister Rafic Hariri after he was assassinated in 2005. It is also the home base of Middle East Airlines (MEA) which is said to be a good airline with well-trained staff.

I read a lot of horror stories about the airport of Beirut before going there, but none of them became true. I didn’t have to wait long on arrival and departure, not at check-in, passport control, security or customs. Maybe this can be different during high season. When I arrived I didn’t have a visa yet because German citizens can get it on arrival. And that was absolutely hassle-free: no forms to fill out, no extra queue to wait at, no fee. They just took my fingerprints, a photo, noted the name of my hotel and stamped my passport. You just need to ensure that you don’t have any signs of a visit to Israel in your passport.

When you enter and leave the passport you will see a beehive of workers in blue collars: they transport your luggage free of charge. Never seen that. The airport has excellent Wifi with good bandwidth. To get from or to the airport you need an Uber, taxi or a pre-booked transfer. I booked with http://www.beiruttransfer.com and didn’t regret it (even though it is rather not cheap). Because of the problematic relationship of Lebanon with its neighbours, the airport also has a long record of negative events: Israeli special forces landed here to destroy planes in 1968, the airport was hit by Israeli missiles in 2006 and there have been many hijacked planes and planes destroyed due to war and terror.