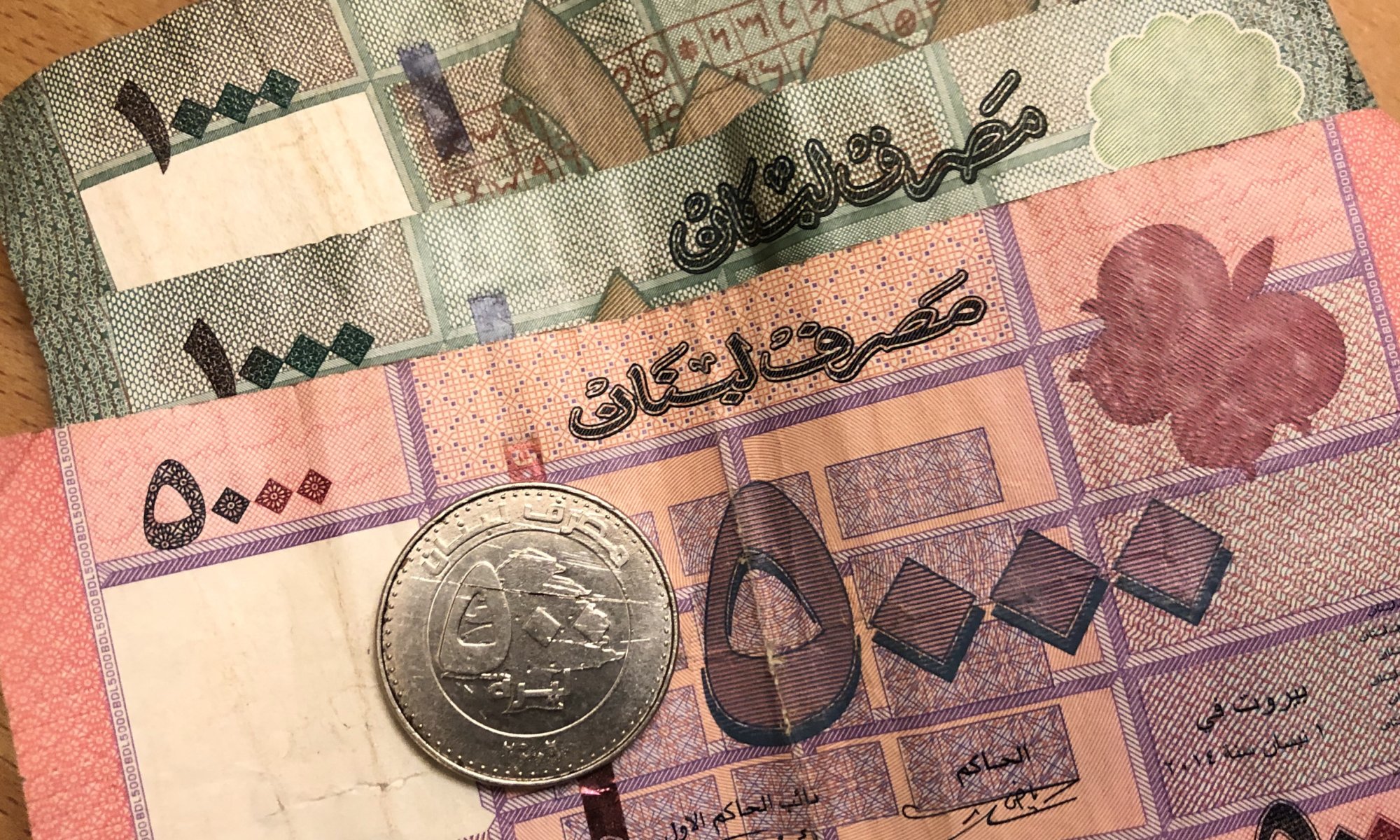 Concerning currencies, a visit to Lebanon is a bit special. The official currency is the Lebanese pound (LBP, currency sign ل.ل.‎) which is sometimes also called Lebanese lira – most probably because of the French and Arabic names: livre libanaise and lira libnaniyya. After the Lebanese civil war and the inflation caused by it, the value has been fixed to the US dollar. One USD is worth 1507.5 LBP. At most places, it is possible to also pay in USD and if you only have Euros left in your pocket: most people will accept EUR banknotes, too. They then tree the EUR equal to USD which isn’t the best deal.

Typically you will have banknotes with the value of 1,000 (green), 5,000 (pink), 10,000 (yellow), 20,000 (red) and 50,000 (blue) Lebanese pound. An LBP was formerly also divided into 100 piastres or qirsh. But due to the inflation, there is no need for this anymore. Nevertheless, coins are existing with the value of 100, 250 and 500 LBP. Banknotes and coins are always bilingual in Arabic and French. Paying by credit card was possible in hotels and good restaurants – credit cards can also be used at ATMs to get cash.

Lebanon has a long history with changing currencies: before World War I the country belonged to the Ottoman Empire and the Ottoman lira was used. After the war, the Egyptian pound became currency before it was replaced with the Syrian pound (valid in Syria and Lebanon). In 1939 the Lebanese pound was separated and over time linked to the French Franc, the British Pound and later to the US Dollar.