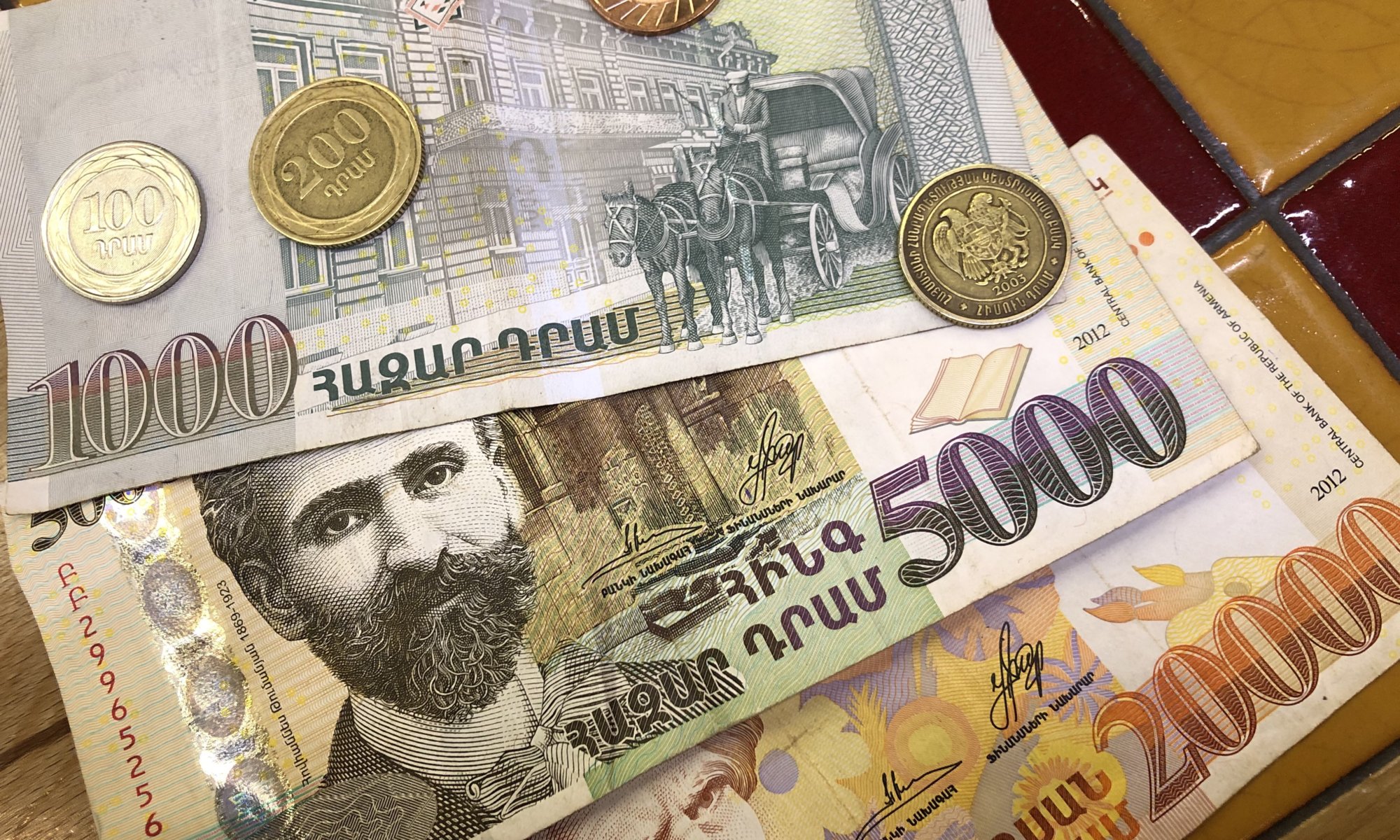 The Armenian word ‘dram‘ (դրամ) just means ‘money‘ – and it is the name of the local currency. A dram is divided into 100 luma, but there aren’t any luma coins circulating anymore. Currency symbol is Դ, but most often the abbreviation ‘dr.‘ seems to be used. The dram was introduced in 1993 and replaced the Russian ruble as the formerly official currency.

You’ll most often get banknotes worth 1.000, 2.000, 5.000, 10.000 and 20.000 dram (but also banknotes for 50.000 and 100.000 dram exist). I did not get any banknotes below 1.000 dram – only coins. The banknotes show important buildings, cities and landscapes on one side and important personalities on the other. This includes componist Aram Khachaturian, architect Alexander Tamanian, saint Gregory the Illuminator or the biblic Noah. And you can see mount Ararat, the Khor Virap monastery as well as scenes from Etschmiadsin.

You cannot get dram outside of Armenia. In the cities, you will find many exchange offices and banks that will convert other currencies to dram. On the other hand, you can also get money at ATMs with the major credit cards. Paying by credit card is possible in hotels and sometimes also in restaurants – but you will definitely need some cash; even if it is only for paying in taxis.