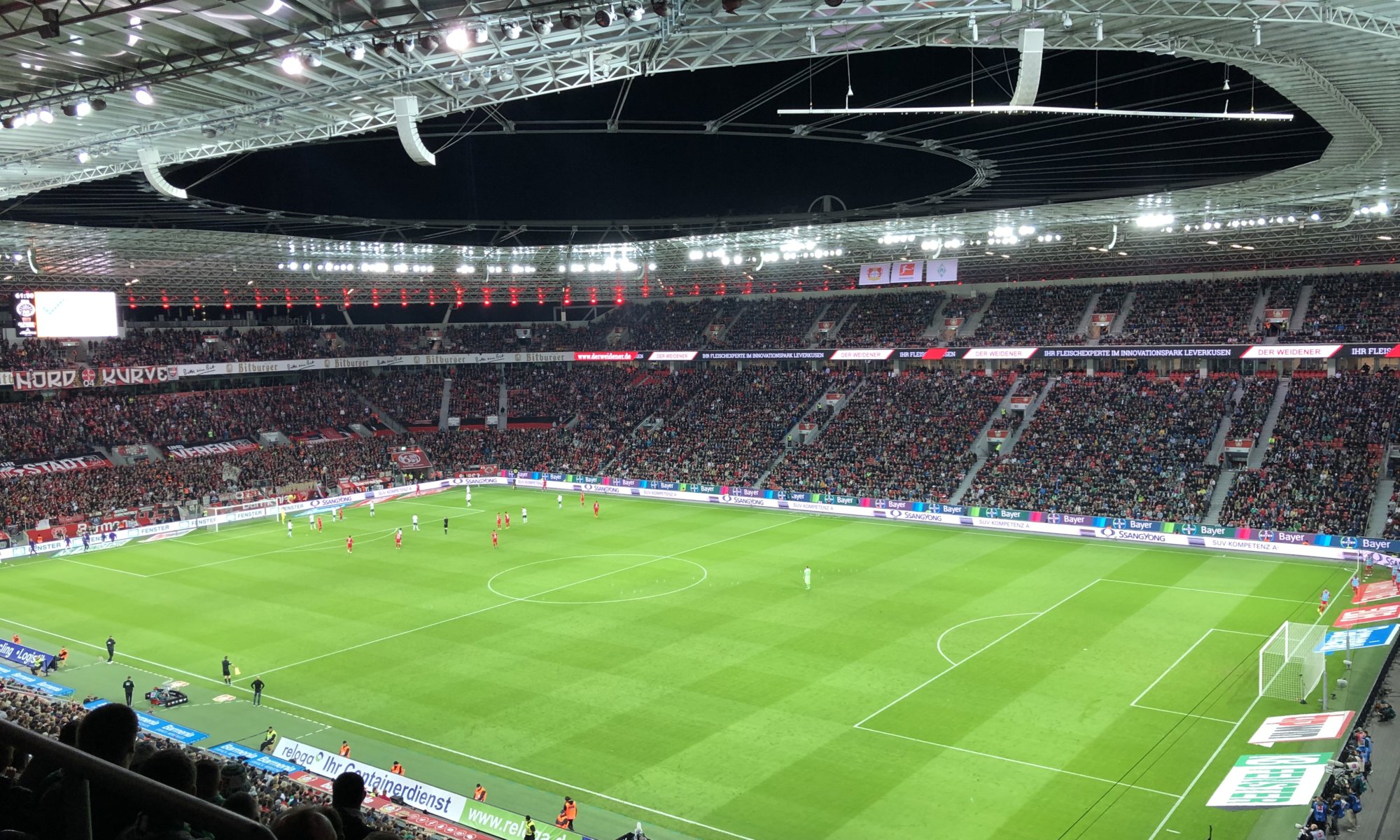 The BayArena at Leverkusen, Germany is a soccer stadium I saw multiple times – when passing by on motorway A1 directly next to it. As Leverkusen itself feels like a giant chemical plant with a city around it, I never had the desire to go there. Doing it nevertheless was a good decision as the stadium is really great in its design and services. It is home to the ‘Werkself‘, Bayer 04 Leverkusen, a club owned by this giant chemical plant (the Bayer AG). A club that never won the German championship but ended five times on the second place – and is therefore often called ‘Vizekusen‘.

The BayArena was built from 1956 on and was first named Ulrich-Haberland-Stadion after a German chemist and manager of the I.G. Farben (a company involved into Nazi crimes; worth a story of its own). In 1998 it was renamed to BayArena. After its last renovation in 2009, the stadium has now space for more than 30,000 spectators. In contrast to many other stadiums across the country you don’t really need to care about how to pay for a beer and a bratwurst: they accept a lot of electronic types of payment. Just swipe your credit card and you’re fine.

Within the stadium itself you can also find a hotel, directly opposite to it there is a subsidiary of a major fast-food chain (which is quite uncommon). If you want to get here: the railway station Leverkusen-Mitte is just a kilometre away – that’s an easy walk and you can simply follow the crowd. The match I saw here between Bayer 04 Leverkusen and Werder Bremen ended with a disappointing 2:2 draw (with three goals scored by players from Bremen).