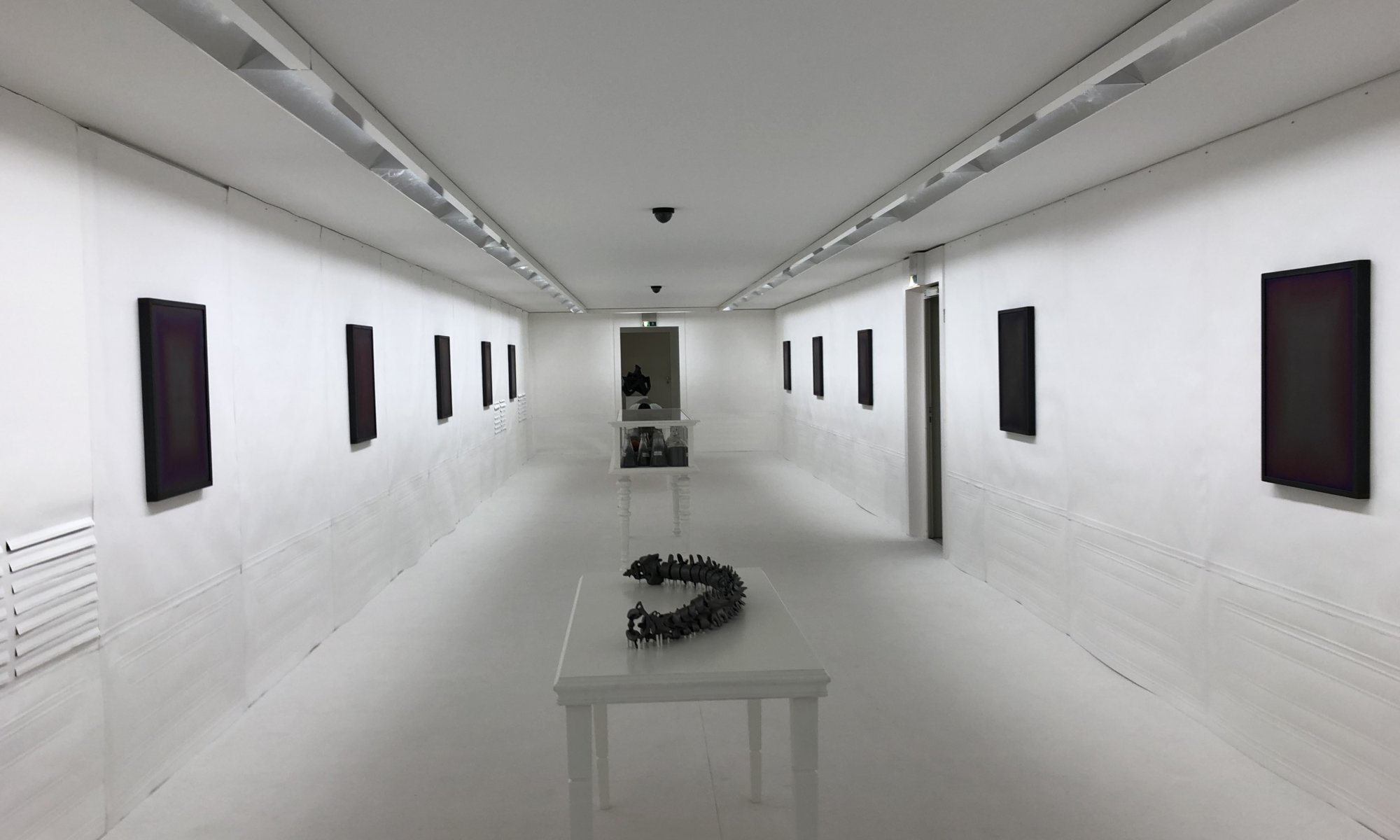 The Museum Morsbroich is a museum for contemporary art in Leverkusen, Germany. It is located within the baroque castle Schloss Morsbroich from the year 1389 – later belonging to the German Order. The castle is beautiful and around it, you can find an English landscape garden. The museum was founded in 1951 as the first German museum for contemporary art after World War II. I didn’t know what to expect when coming here, but it really was worth a visit. When I came there an exhibition of Belgian photographer Francis Alÿs was presented there.

The biggest surprise was when I came to the upper floor where the exhibition Schattenreich (realm of shades) of Simon Schubert was presented. I was given some slippers and entered a room with a giant white rabbit sitting in a chair. Slowly I realized that the complete upper floor was covered with paper – paper folded in a special way so that light creates shadows. Shadows that create textures and windows – or complete artworks made only of folded paper. Many playful items were placed there and invited the visitor to explore and interact. An artist whose works I definitely want to see more often. You can find the museum and castle in the West of the city, a little bit outside. Buses go from the railway stations Leverkusen-Schlebusch and Leverkusen-Mitte to the museum.

In 1973 the museum was the location of a famous act of the destruction of art. For an upcoming exhibition, a baby bathtub of Joseph Beuys was stored in the museum. Whoever saw one of his works knows that they are not shiny but most often rather dirty. Unfortunately, the local organization of the Social-Democratic Party (SPD) from the city quarter Alkrath had a party there and two members were searching for an opportunity to clean the drinking glasses used. They found the bathtub and cleaned it. In good intention and unaware of destroying an artwork. Later the city of Wuppertal which had borrowed the work had to pay 58,000 German Mark compensation and Beuys tried to restore it. But at least the art world now has an often-told anecdote.