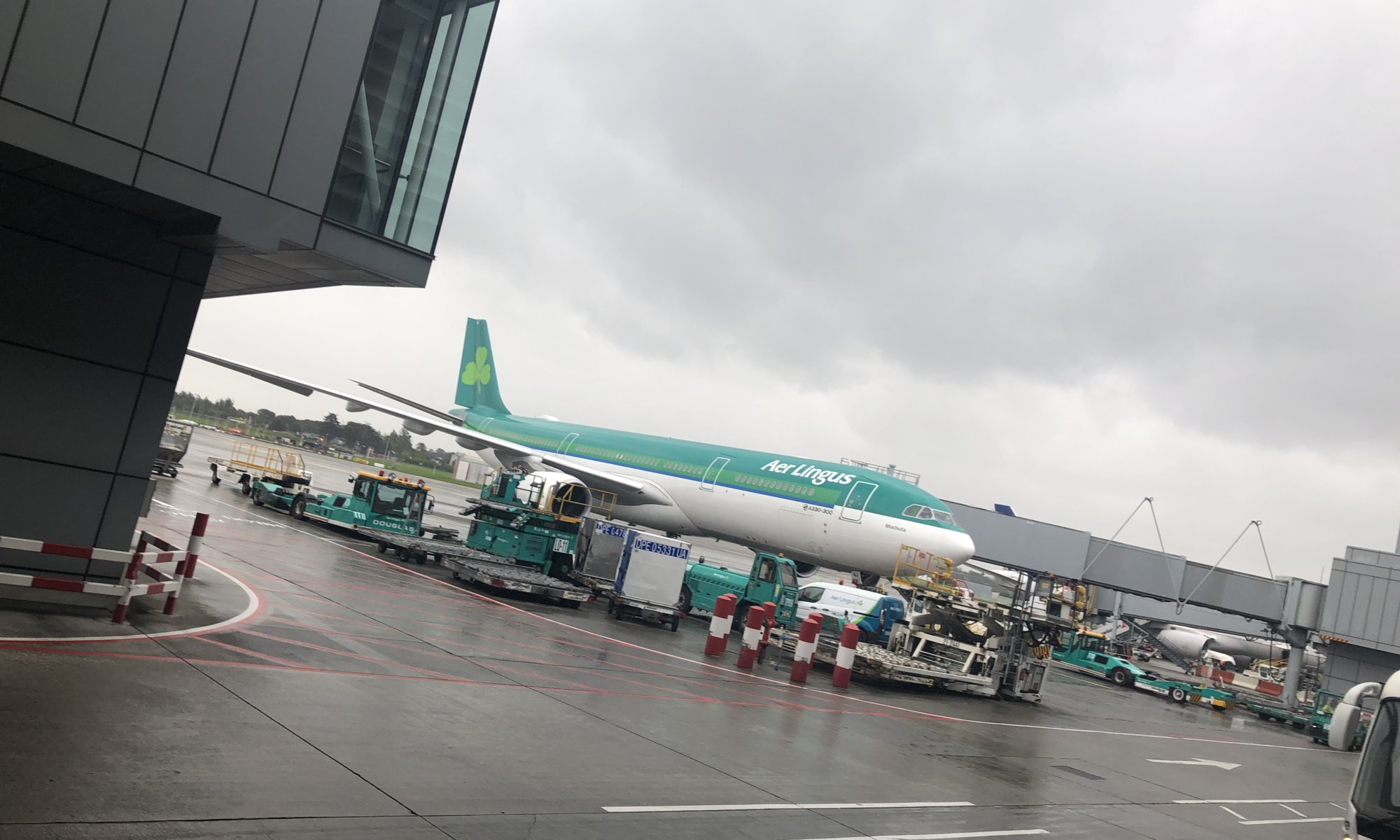 A nice medium-sized airport located 10 kilometres north of Dublin, Ireland. The Aerfort Bhaile Átha Cliath was opened in 1940 and welcomes around 30.000.000 travellers each year. It is the home base of Aer Lingus and some cheap airlines like famous Ryanair. The airport is separated into two interconnected terminals and it is not a long walk between them.

If you want to get from the airport to the city you can use the AirLink Express – two bus lines (747, 757) that go from terminal 1 via terminal 2 to the city on different routes. It takes you around 30 minutes to reach the city centre and the price is 7 Euro one-way and 12 Euros for the round trip. Tickets are sold at the bus stops and in the busses. When I wanted to hop on at terminal 2 the bus was already pretty full and I had to wait for the next; as they go in peak times every 10 minutes that was no problem.