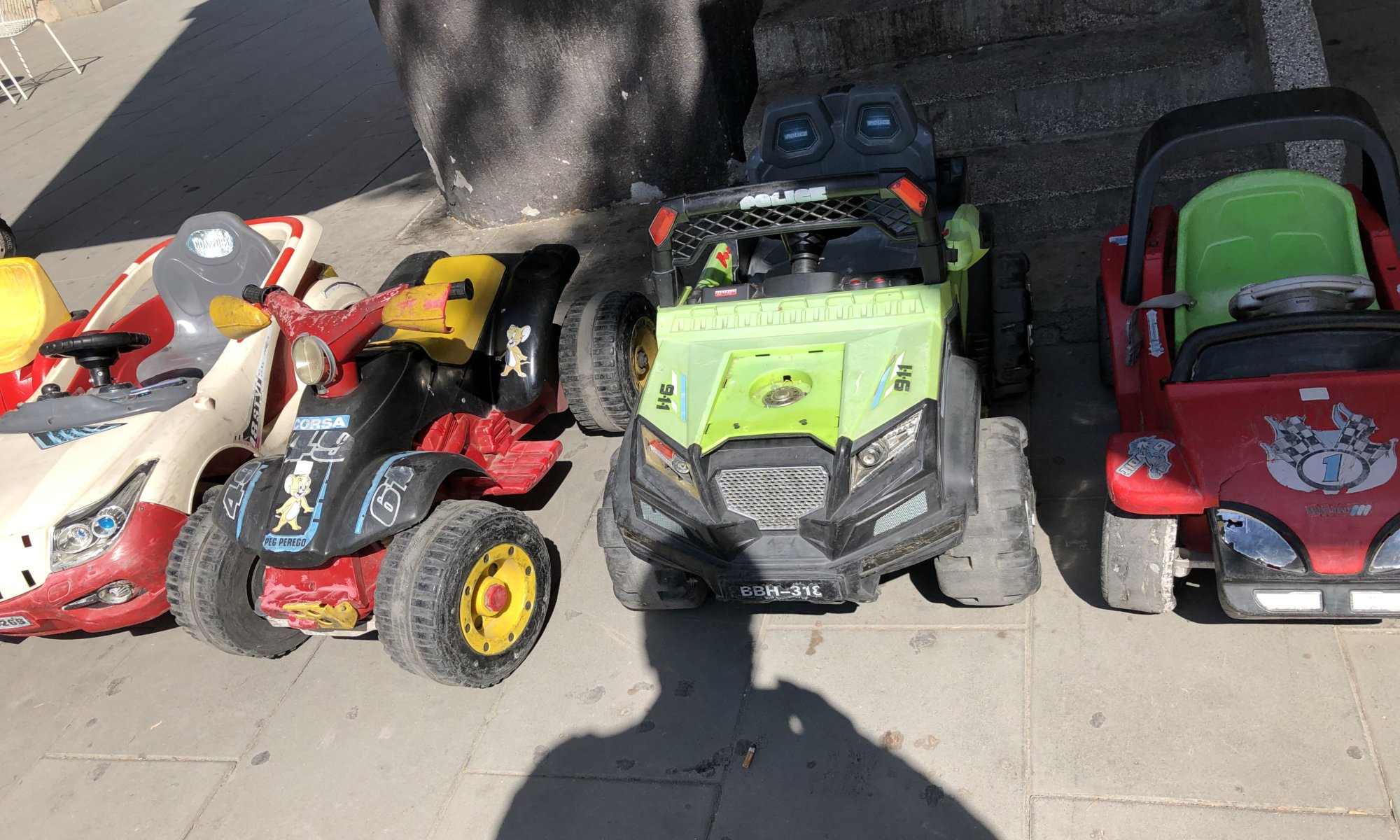 It’s an observation I made on the Balkans and also in the Baltic states, but nowhere else – maybe it is a tradition coming from the Eastern bloc or it’s only seen there because the regulations aren’t as strict as in western European countries: miniature electric cars for kids. On major public spaces you can find them for rental and kids cruise around having a lot of fun.

They drive around you and for sure sometimes block your way and make you take a detour. But nobody feels annoyed by that – it is a funny thing to watch. I guess in Kosovo this is especially widespread and accepted because it is one of the youngest countries in Europe, with an average age of 28 years (in Germany it is 47 years).