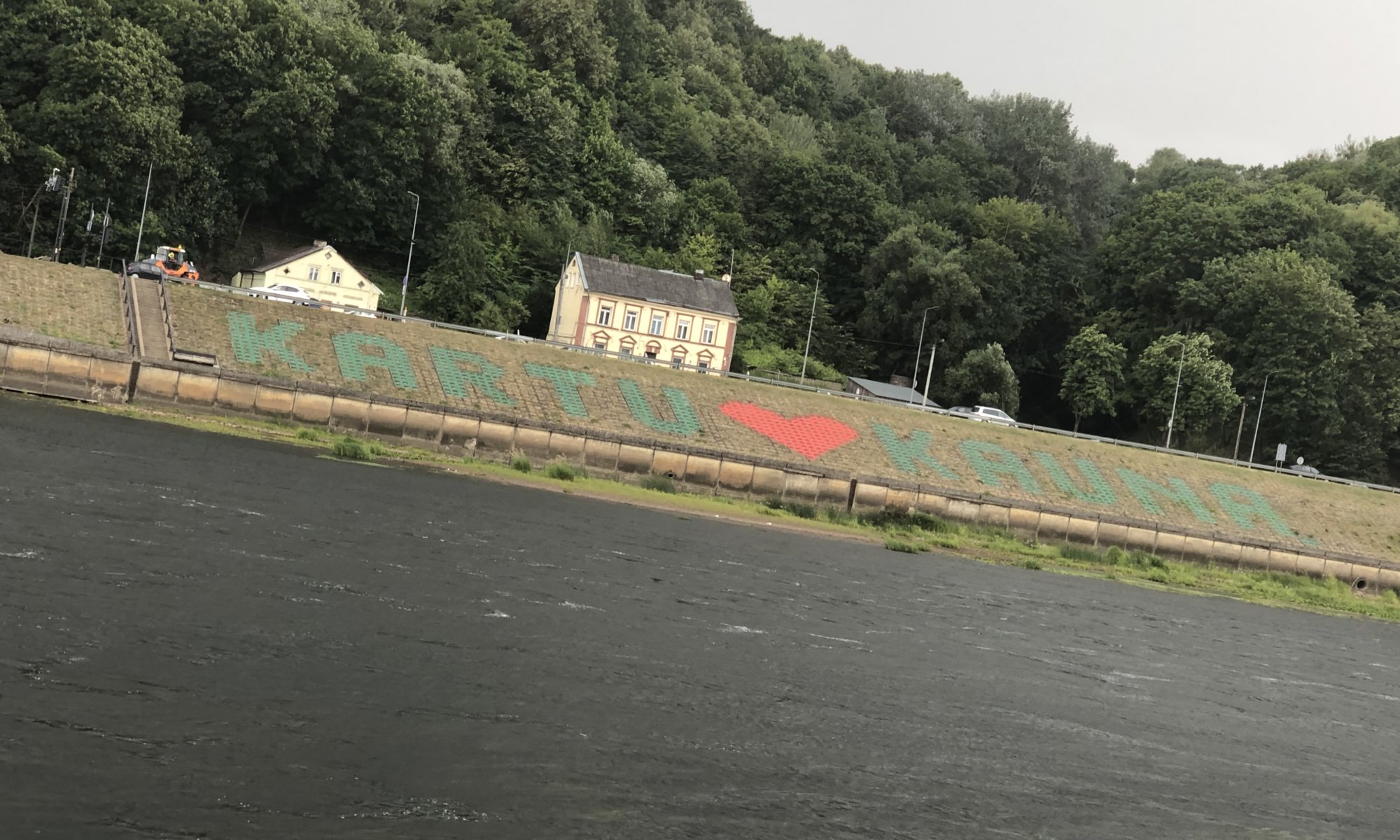 When arriving at Kaunas, Lithuania I had a look on my smartphone and the digital map suprised me: the river next to me which my local guide called Nemunas was labeled as river Memel. A name I had heard before. It is a 937 kilometers long stream that begins in Belorussia and runs via Lithuana into the Baltic sea. In a small section it forms the border between Lithuania and Belorussia – but before reaching the sea it also forms the border between Lithuania and the Kaliningrad Oblast belonging to Russia.

And that is in fact the reason why I heard the name of the river before: Kaliningrad was until 1946 known as the German city of Königsberg. World War II made it an exclave of the Soviet union. What has this to do with river Nemunas? In 1941 August Heinrich Hoffmann von Fallersleben wrote the Deutschlandlied which is still today the national anthem of Germany (which really makes me angry). During the times of Nazi Germany only the first verse was sung, today only the third stanza is used.

The first stanza is a problem because of two things: because it puts ‘Germany above all, above all in the world‘ and because it defines the borders of Germany: ‘Von der Maas bis an die Memel, von der Etsch bis an den Belt‘. Still today German neo fascists love to sing this stanza when they dream of the larger Germany of the past – even if they most probabably don’t know the rivers and the belt named there.

The Maas or Meuse can be found in France, Belgium and the Netherlands; the Etsch or Adige in northern Italy; the Belt is the Fehmarn Belt at the German border to Denmark and the Memel – is the Nemunas I was standing at. The river that once formed the most northern border of Germany. And then I decided once again that Germany definitely needs a new national anthem – like the children’s hymn:

‘Neither over nor under
Other peoples will we be
From the Oder to the Rhineland
From the Alps to the North Sea.’