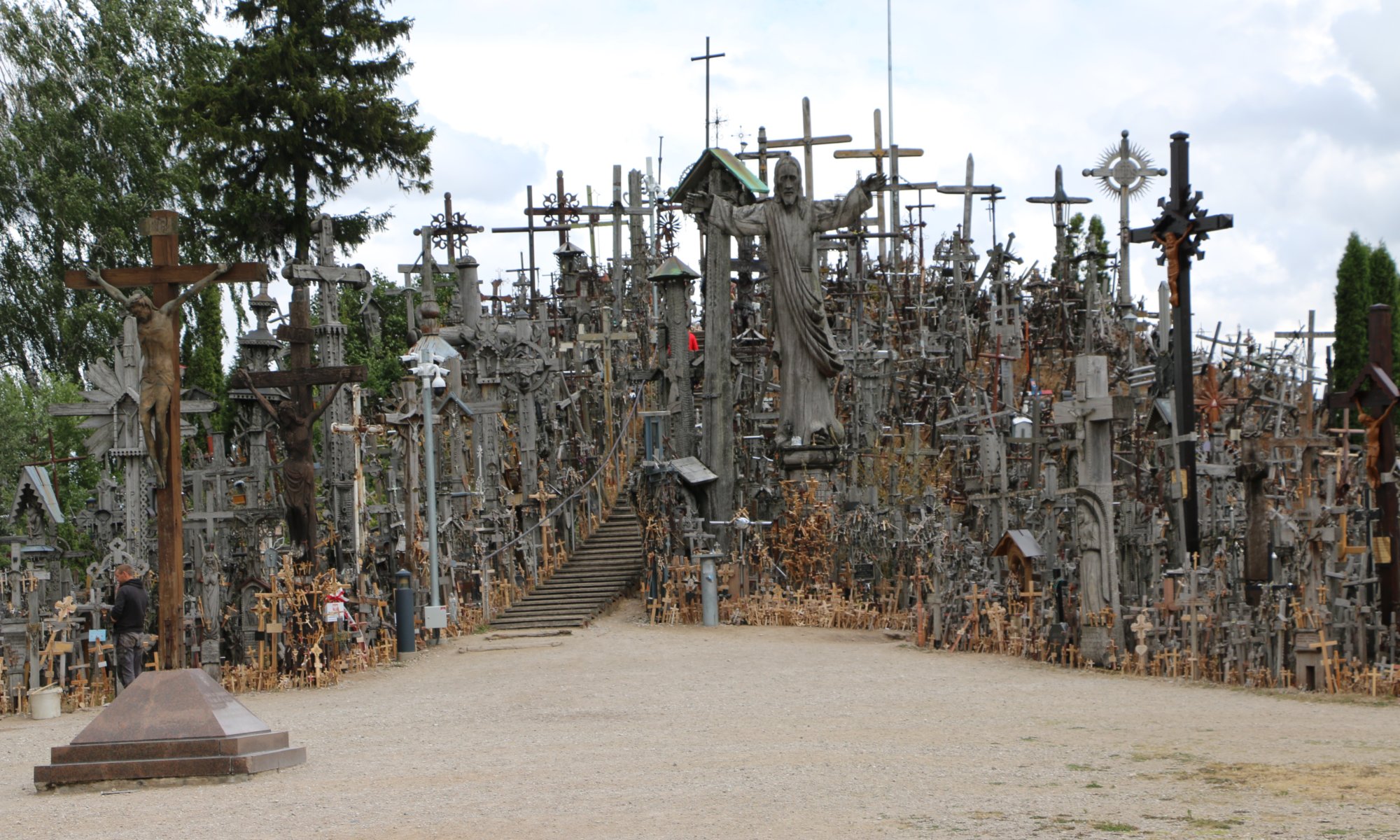 The most famous place in rural Lithuana is the hill of crosses (Kryžių kalnas) near Šiauliai. It is a catholic place of pilgrimage that many tourists visit. Countless crosses are assembled on a ten meters high hill and you can walk on a wooden path between the more than 100.000 crosses – or buy one at the shop yourself and add it to the collection.

There are some myths how the first crosses came to this place – but it is more sensible that after the uprisings against Russia in 1830 and 1863 crosses for the Lithuanian victims were placed here. When the Soviet union occupied the country in 1941 around 100.000 persons were sent to Siberia. After the death of Stalin they could return and placed additional crosses here for the victims of the Gulag system.

As communists dislike symbols of Christianity the hill was emptied in 1961 with bulldozers for the first time. It is said that already in the next night new crosses were placed by the locals. In 1973, 1974 and 1975 the crosses were removed again but the religious people couldn’t be stopped. In 1993 pope John Paul II came here to celebrate a religious service – the pavilion build for that day and a big cross he left are both still standing.