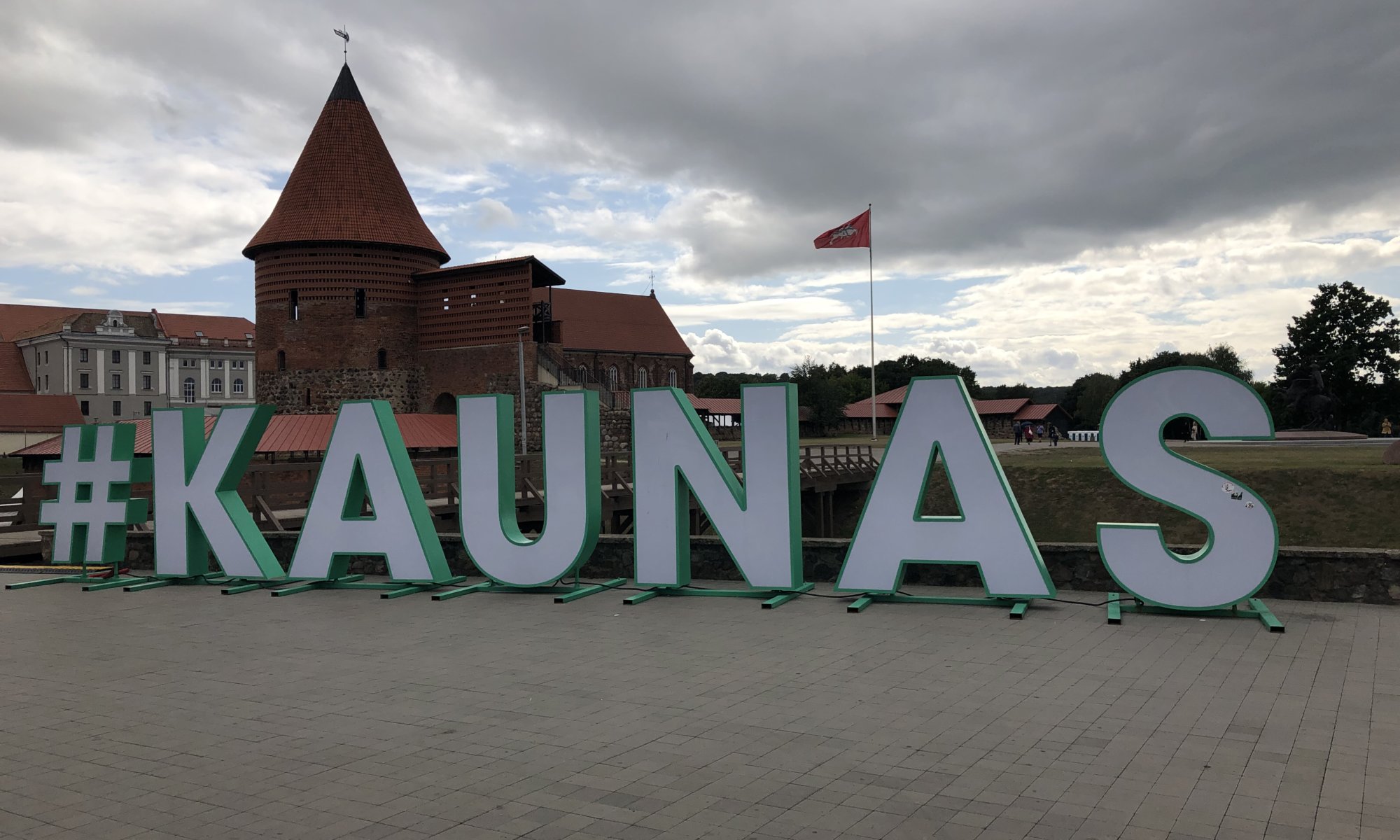 Kaunas is the second largest city of Lithuania with around 300.000 inhabitants and is located at the confluence of the two rivers Nemunas and Neris. A castle at this place was first mentioned in the year 1361. It later became an important center of Jewish life in the region. When in 1920 Vilnius, the capital city of Lithuania became Polnish the city of Kaunas became provisory capital city until 1940.

Most important sight at Kaunas are of course the remains of the ancient castle that was attacked different times by the Teutonic Order. But you should also visit the main market square with the town hall and lots of churches around (that were in Soviet times used as warehouses). Good restaurants, coffee bars and bars can be found in the street called Vilniaus gatvė.

What I found funny at Kaunas is that they converted the price for a visit to a public toilet accurately when introducing the Euro as the new currency. 1 Lithuanian Litas (LTL) converts to 0,29 Euros. And that’s exactly what you have to pay – you get a lucky penny every time.