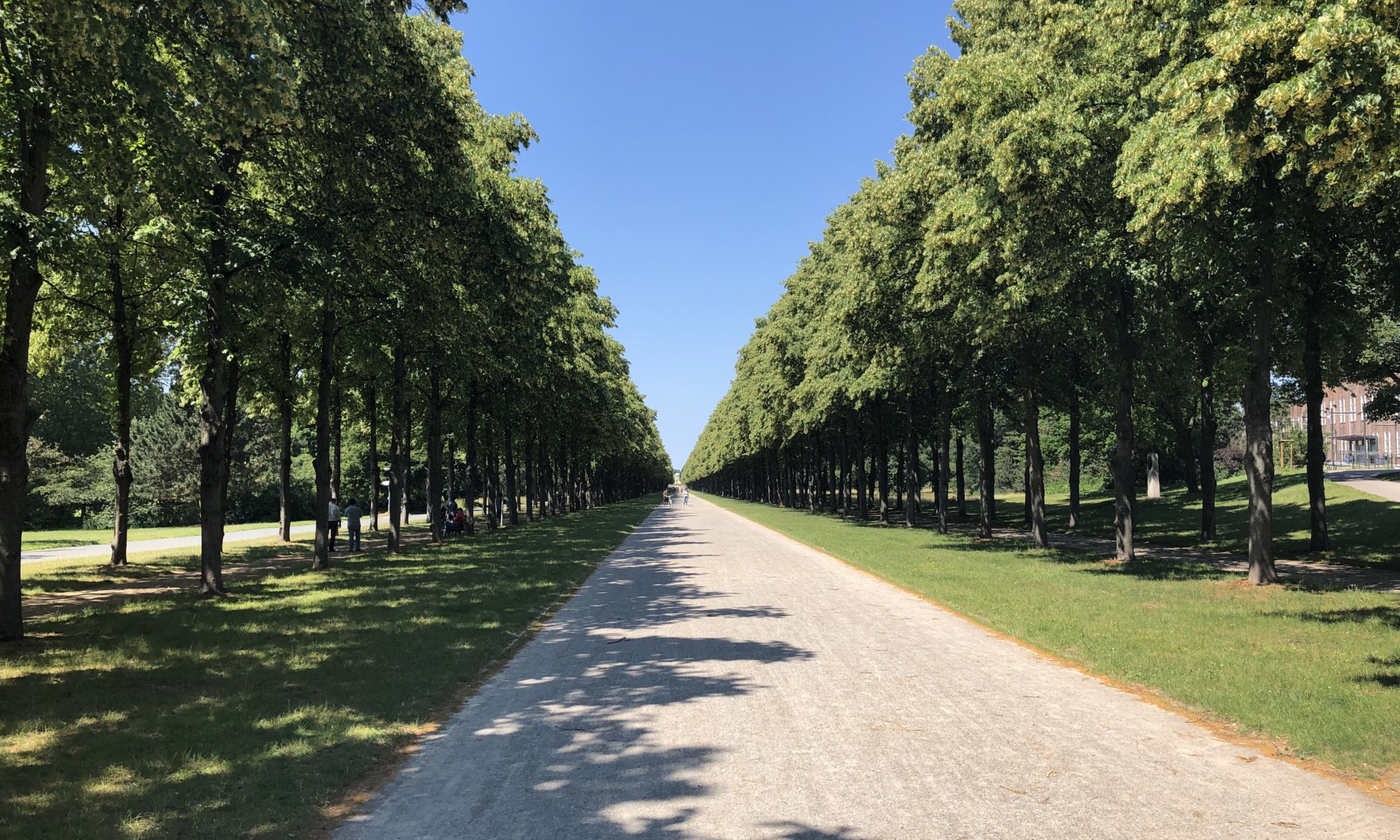 The Herrenhäuser Gärten in Hannover, Germany are well-known as beautiful English landscape gardens. When people speak of them they most often mean the Großer Garten (great garden) – but there are also other ones: the Berggarten (on the opposite side of the street), the Welfengarten (close to the university) and last but not least the Georgengarten arranged next to the former Herrenhäuser Allee.

The Herrenhäuser Allee is a very long alley that seems to take no end – you can walk under trees straight forward for two kilometers. It was the road connecting the city center to the castle of Herrenhausen. The middle lane was for carriages, one of the other for riders and the third for pedestrians. It was created in the year 1726 CE.

The history of the Georgengarten dates back to the year 1700 when the first royal buildings were created. In World War II it was used to grow vegetables, today it is a vast garden that is freely accessible and where people love to meet and do sports. In 1935 a temple for Gottfried Wilhelm Leibniz, one of the most important philosophers of his time was installed.