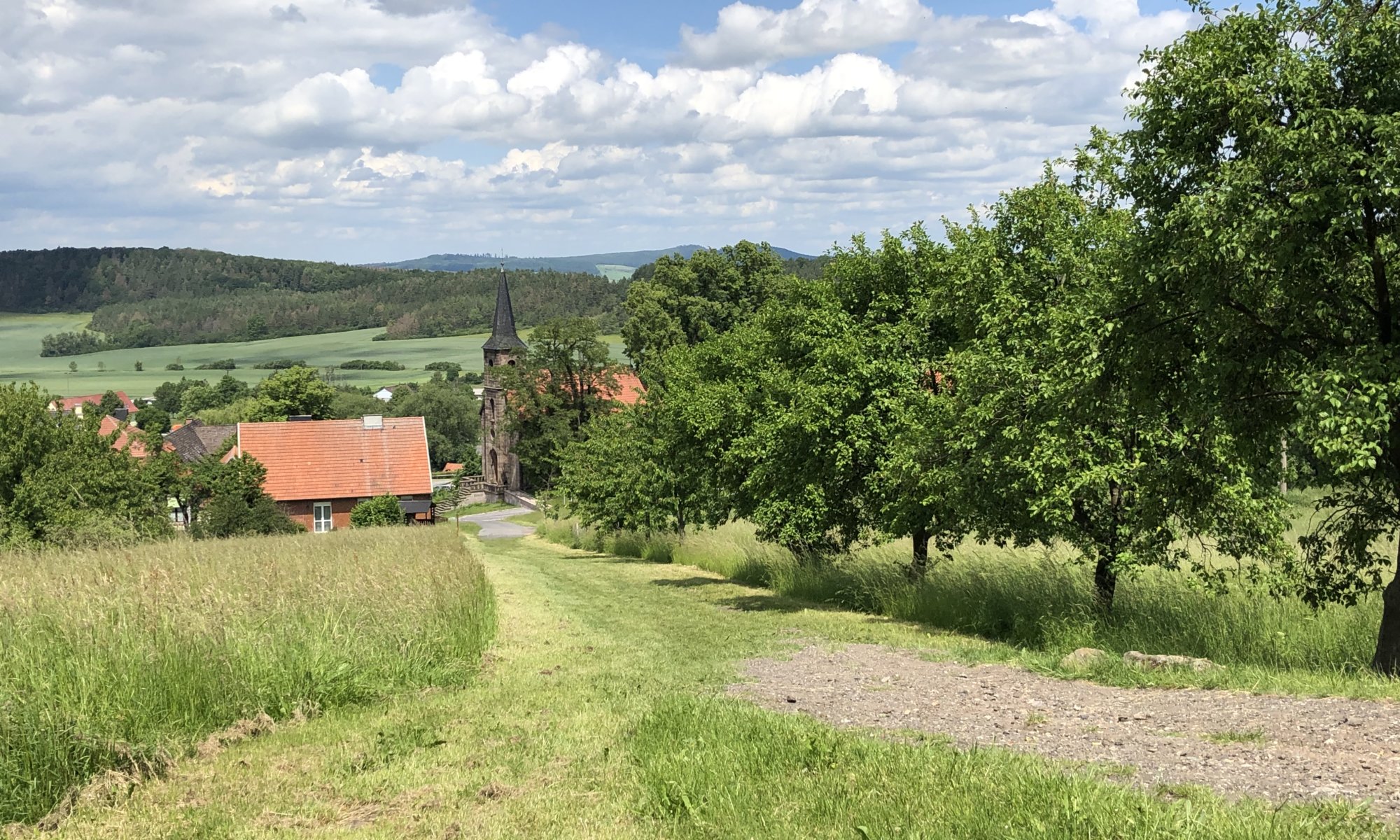 Bornhagen is just a tiny village in Thuringia, Germany. People getting here stop for a drink or a meal at the Klausenhof restaurant, to take a look at the sausage museum dedicated to the tradition of home-made sausages – but most often they get here for the beautiful castle ruin Hanstein. Nowadays the village has another interesting thing; a memorial that cannot be seen while walking through Bornhagen.

In 2017 a right-wing politician living at Bornhagen declared publicly that the Germans are the only people in the world planting a ‘memorial of shame‘ into the heart of its capital city. With that he refered to Lea Roshs ‘Denkmal für die ermordeten Juden Europas‘ at Berlin, Germany. And he requested a full turnaround in German remembrance culture. What an affront against the victims of holocaust! I don’t know how someone can vote for politicians and politcal parties promoting such ideas. And it wasn’t a singularity – one of his friends called holocaust a ‘birdshit‘ in comparison to 1000 years of successful German history. How to react to such provoking acts?

In case of the ‘memorial of shame‘ an artist group from Berlin, Germany found a good answer: they rented a house directly next to that of the politician and created an extension of the holocaust memorial. 24 steles now are visible to him from his home. And only to him – you can’t see them from the street. It is an intimate present that hopefully makes him think about his words.