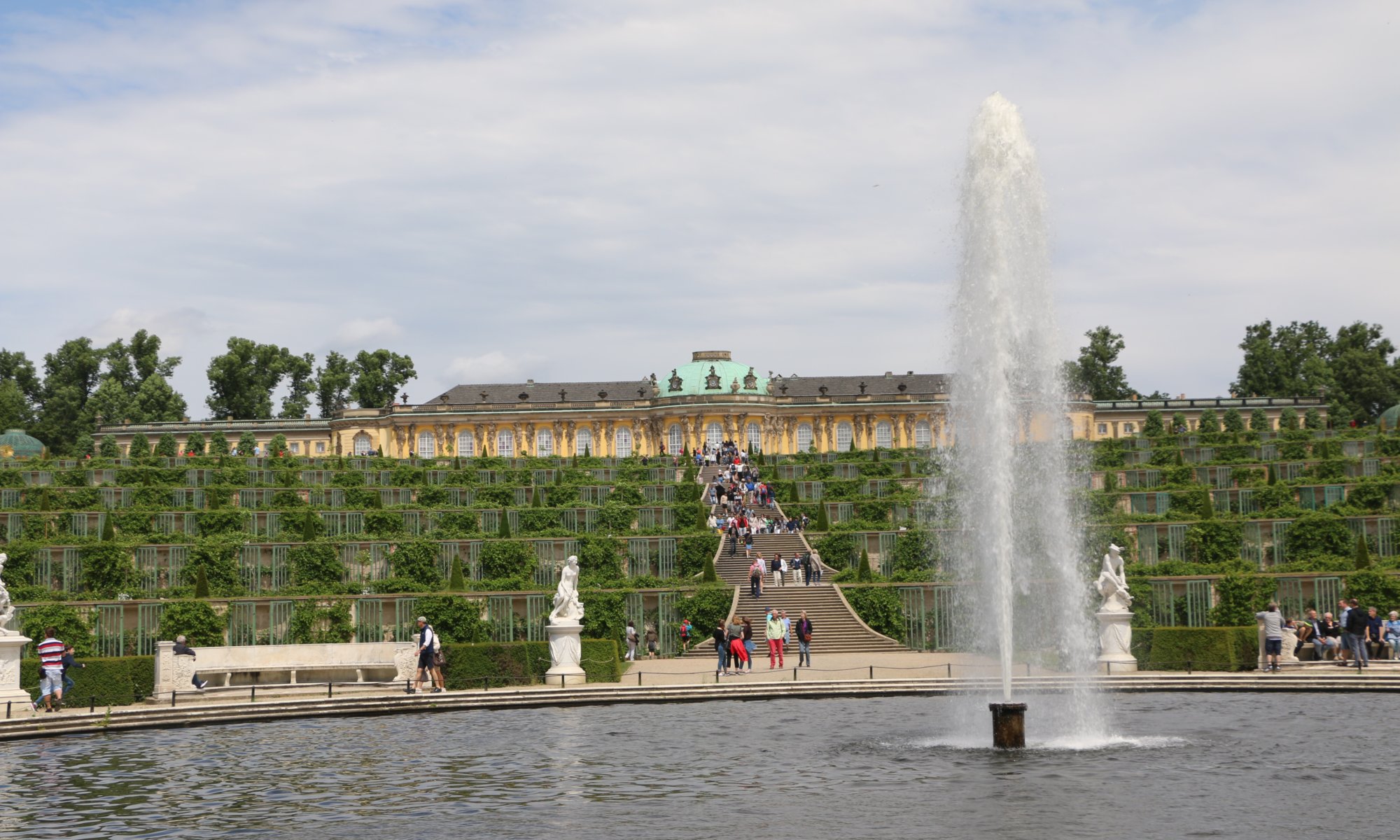 The castle of Sanssouci is one of the best-known castles in Germany and located within the Park Sanssouci of Potsdam, Germany. It belonged to the house of Hohenzollern and the first buildings where created between 1745 and 1747 by the order of Frederick the Great in rococo style. It was extended in 1841 under Frederick William IV of Prussia and since 1990 the castle is a UNESCO world heritage site.

The castle is especially famous for its garden and the vineyard terraces leading up to the castle. In the garden you can find many statues from Greek mythology. Frederick II. wanted to be buried here next to his dogs but his successor decided that his grave should be among his ancestors within the garrison church of Potsdam. Only in 1991 – after the German reunification – his wish was fulfilled and he was buried there in a small ceremony at midnight (as he had desired).

One Reply to “Schloß Sanssouci”