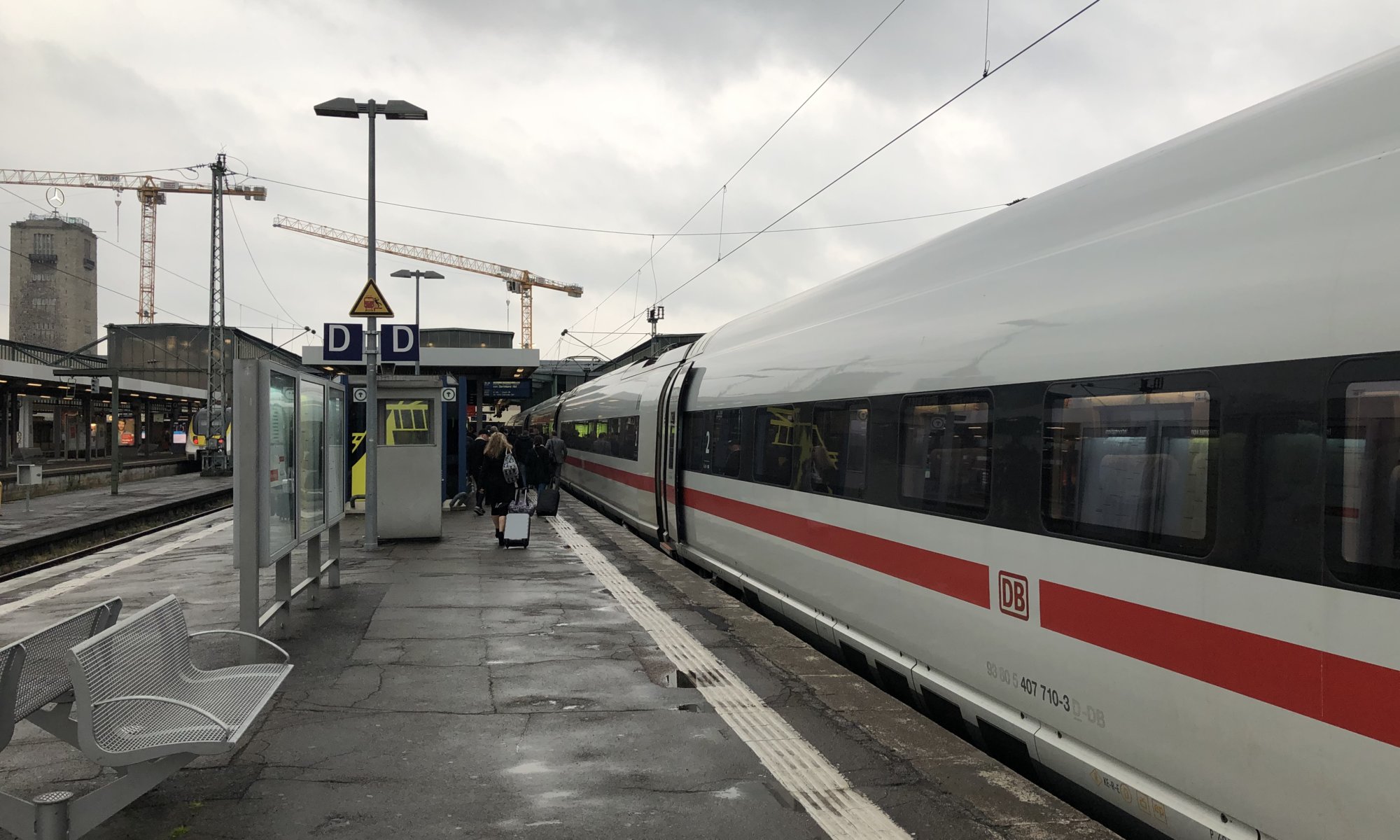 The main railway station of Stuttgart, Germany is a dead-end station with many travellers: 300 000 per day, 1 280 trains stop here daily. It is one of the five most frequented railway stations in Germany and was opened in 1928 – the former station was 500 meters away but became too small. Since several years the Hauptbahnhof is a building site as within the project ‘Stuttgart21‘ it will be rebuilt as an underground station and it will be no dead-end station after that anymore.

Costs for this project are exploding and protests have became massive over time – especially when trees within the garden next to the station had to be removed. Over time there where majorities for and against the project, but a city-wide vote lead to leaving the project running. And the old railway station absolutely needs improvements: ways are too long, most exits have stairs and there is only one suitable access point in the north for wheelchairs and buggies. You can find the U-Bahn and the S-Bahn in an underground passage in front of the the station.