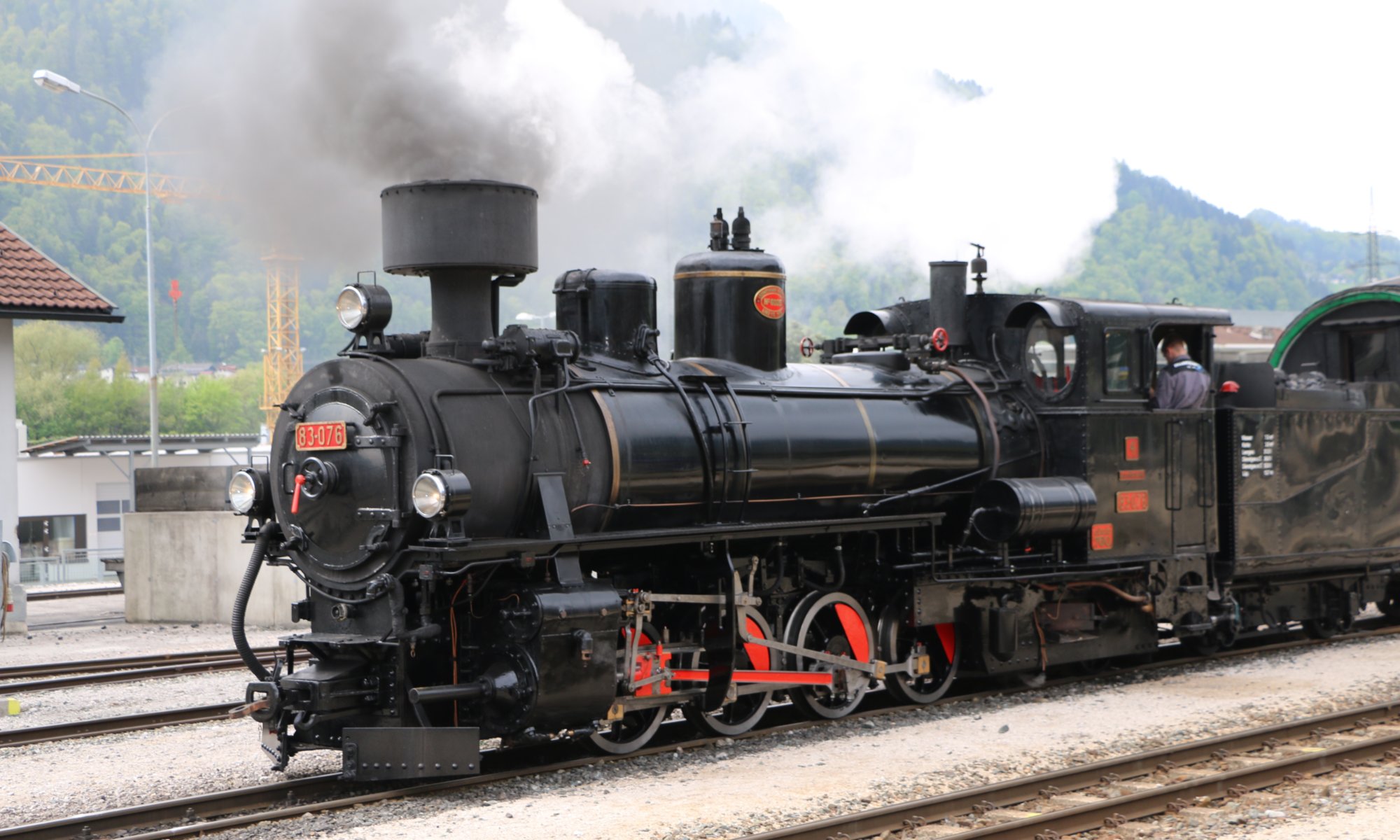 When visiting the railway station of Jenbach, Austria there’s a high probability of dense smoke. That’s because here two special railways are starting that often operate with steam engines: the Achenseebahn and the Zillertalbahn. The Achenseebahn is rather short and takes you 6.7 kilometers to nearby Achensee lake (which is really beautiful, by the way). It is narrow-gauge cog railway opened in 1889. At the final stop you can board a ship doing a roundtrip on the lake in between high mountains.

The Zillertalbahn is the better known and longer one. It takes you on a 32.6 kilometers long track through the Zillertal valley to Mayrhofen. It is also a narrow-gauge railway but with a width of 760 mm which is the Bosnian standard. Whether you want to take a longer or shorter ride – a visit to the Jenbach station will at least show you different trains and often you can also make pictures of steam engines in operation.

One Reply to “Steam engines”