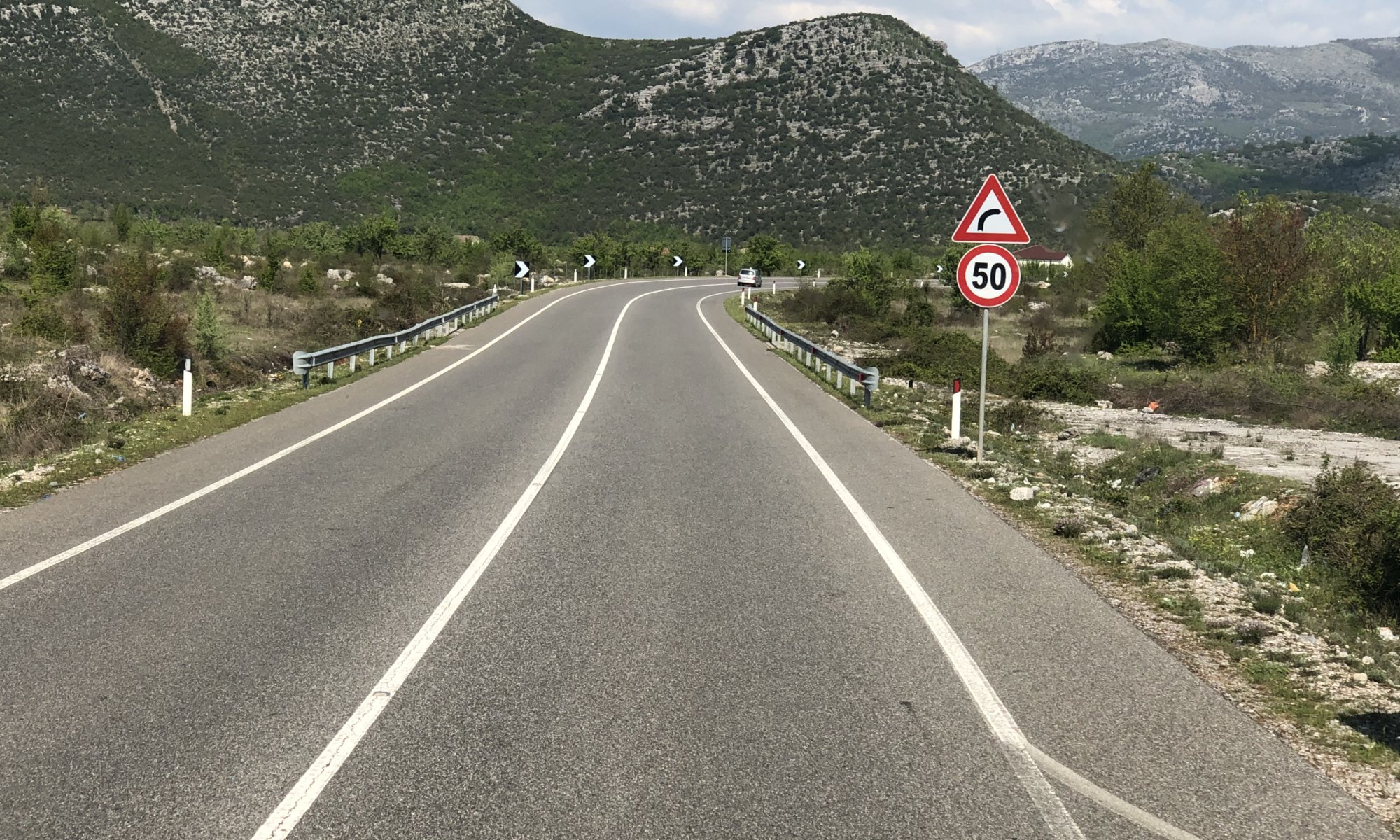 I did not use long distance busses very often in the past. Within western Europe you would simply take a train. Only once I went by bus to Zagreb, Croatia because it was cheap and I wanted to try it. If you’re on the balkans the situation changes totally and as there are only a small number of railway tracks the long distance busses become means of transport #1. And I must admit I also enjoyed it.

I started from one of the bus terminals of Tirana, Albania – the one for busses going north behind the Pallatit të Sportit ‘Asllan Rusi’ close to the shopping center ‘The Ring’. The bus companies have clearly marked offices there where you can buy tickets. But I had them bought already online in advance. My trip to Kotor, Montenegro costed me 25 Euros plus two Euro or 300 Albanian Lekë per piece of luggage. I went their 30 minutes prior to departure but I could also have arrived later – the bus was exactly on schedule.

The ride was quite nice and we passed Shkodra, Podgorica and Budva before arriving at Kotor. On the way I had good views especially on Lake Skadar. The booking website had told me that there are only a limited number of seats left and assigned one to me. In fact the bus wasn’t even close to be fully booked and I could select whatever seat I wanted to. On the way the bus stops at bus terminals that are much better organized than in Germany – you’ve always got wifi, a small shop and toilets.

On the way I again realized how great the European Union and travelling without borders is: the border control between Albania and Montenegro wasn’t endless, but it took some time. All passports where collected twice and some persons had to leave the bus to make further explanations. My final stop was the bus station at Kotor, Montenegro – located close to the old city center. The long distance bus network seems to be very good in that region – I’ll have to come back to check out North Mazedonia, Kosovo and Bulgaria – most probably by bus.