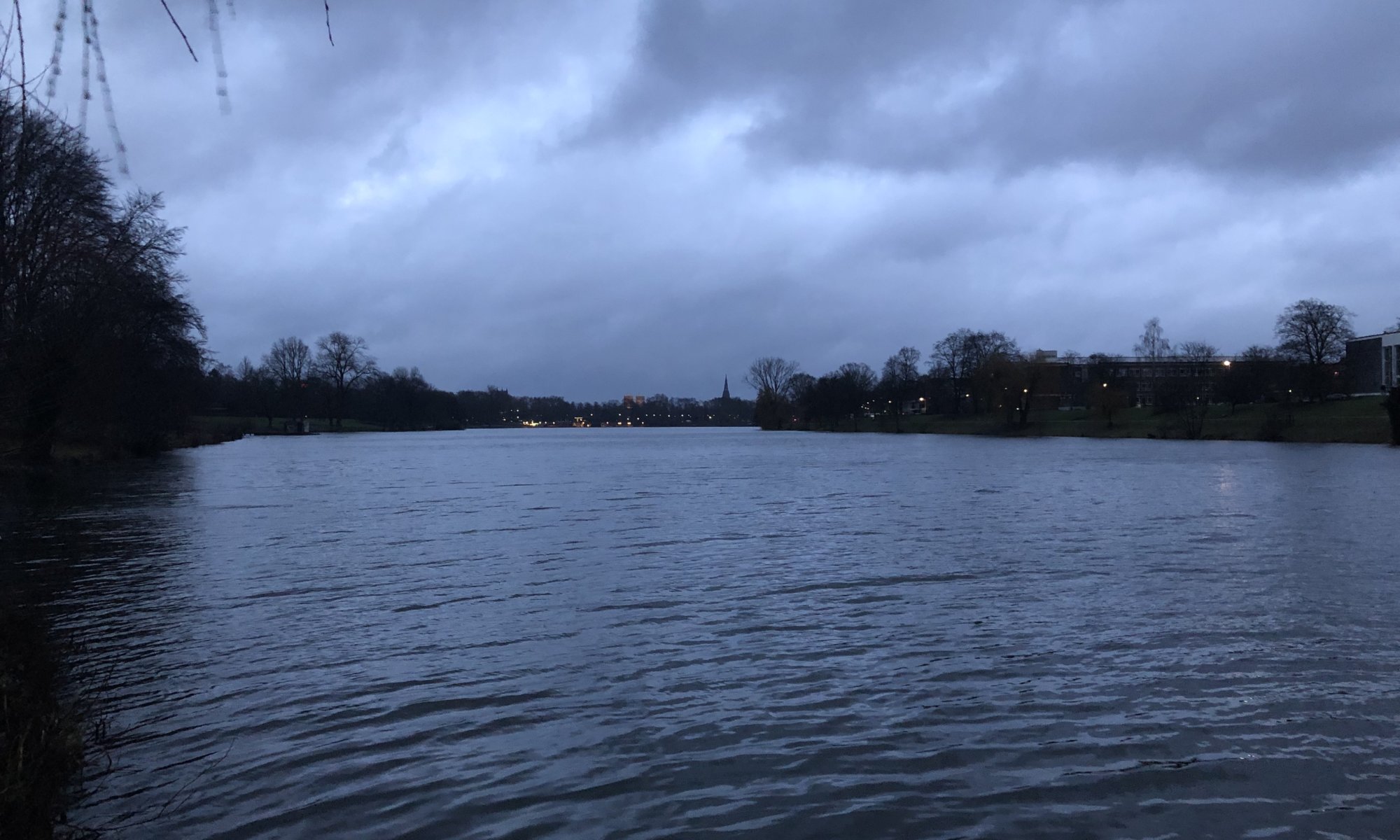 The Aasee is a 40 hectares large lake at Münster in Westfalen, Germany named after the river Aa. The lake and the green areas surrounding it are used for sports and recreation. It is more than 2 kilometers long and close to it you will find the Allwetterzoo and the LWL-Museum für Naturkunde. The zoological garden can also be reached by ships passing the Aasee.

The history of the Aasee dates back to the year 1660 when the city was besieged and the area was flooded. For centuries a swamp existed there. From 1914 on the artificial lake was created but only finished in 1934. Between 1972 and 1976 the size of the lake was doubled.

In 2006 the Aasee became famous throughout Germany because a black swan fell in love with a pedal boat shaped like a swan. As in winter the boats are taken out of the lake the real swan and the fake swan were brought to the Allwetterzoo.