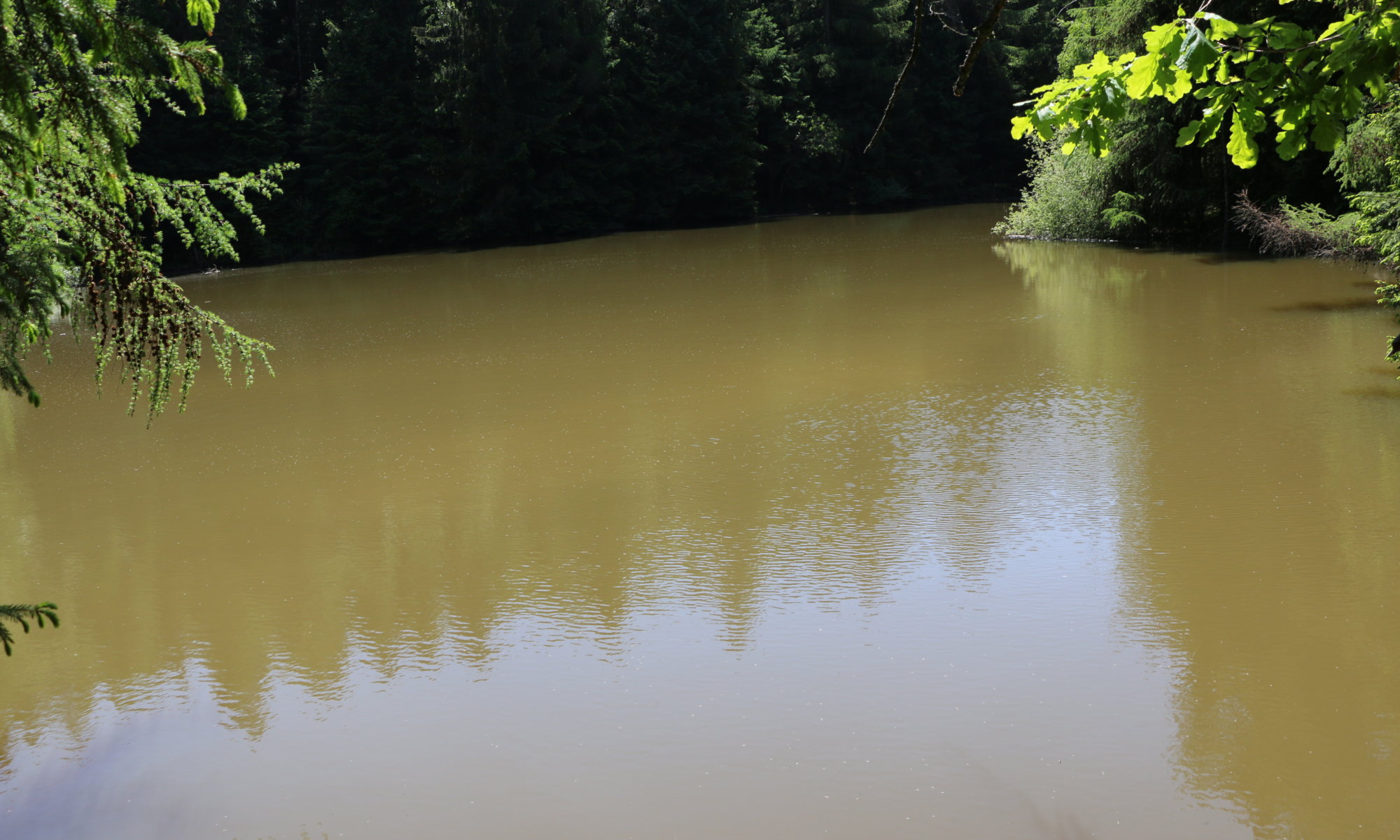 The Kleiner Steinberg within the Kaufunger Wald close to Hann. Münden, Germany is a 541 meters high mountain consisting of basalt and brown coal. Both materials were mined there for centuries – until 1961. The old main building is today the Waldpädagogikzentrum Haus Steinberg (an educational facility) and the mining areas now form several small lakes.

The upper part of the mountain is covered by forest and therefore you cannot have good views from there. The best is to walk around the mountain on tiny paths and have a look at the hidden small lakes. Best park your car at the Waldpädagogikzentrum or the medieval village Steinrode – the path is easy to find.

The brown coal was transported on a street called Kohlenstraße (coal street) to Hann. Münden. The street has today still the same name – but it has changed its route a bit as a large motorway (the A7) has been built. Between 1893 and 1894 a 6 kilometers long ropeway was built to Schulzenrode near the main railway station of Hann. Münden. 30 tons of coal could be transported that way every hour and it was used until 1931.

One Reply to “Kleiner Steinberg”