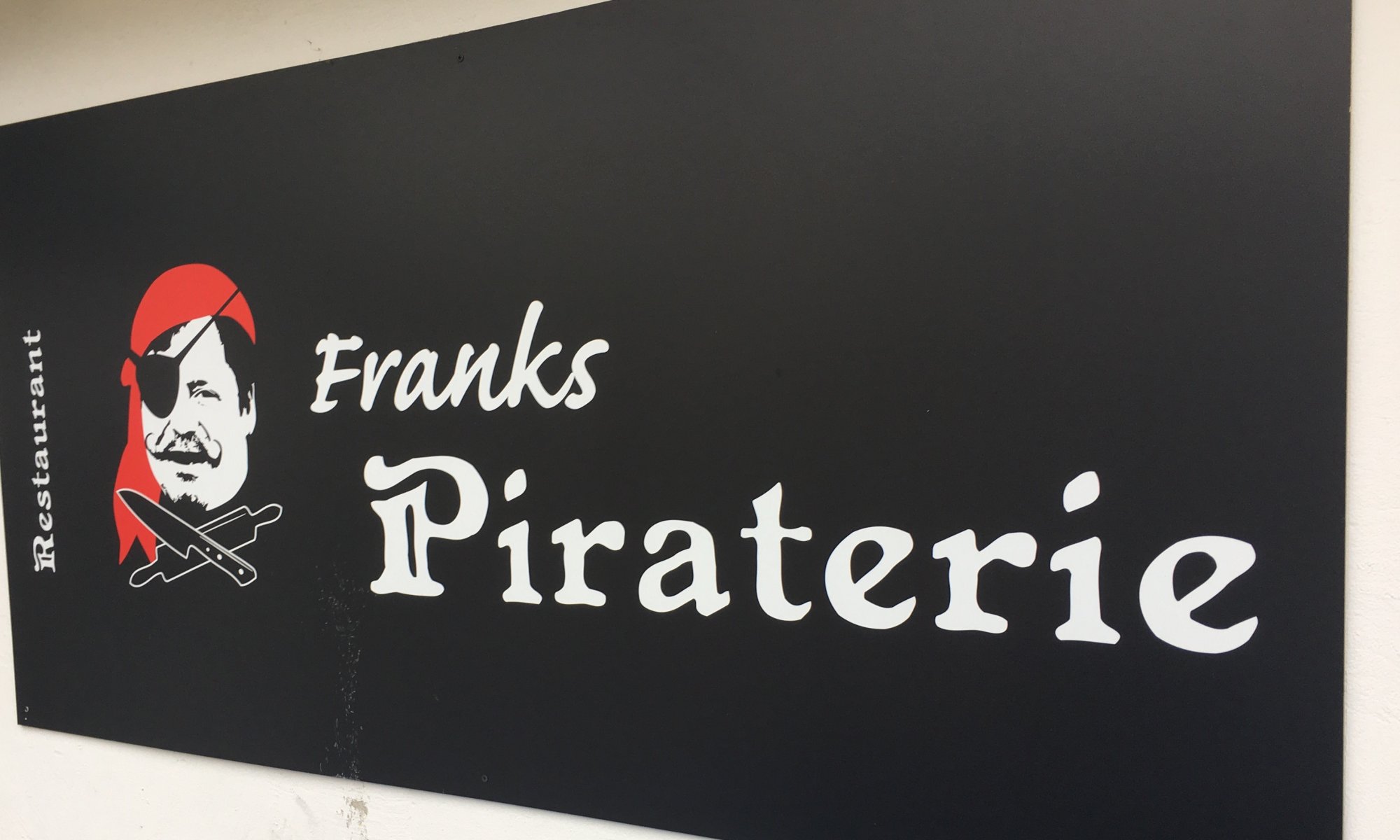 The restaurant “Franks Piraterie” is one of these places I normally wouldn’t go to. It is part of the camping area in Dransfeld, Germany not far away from the outdoor swimming pool of the city. Why to go there? The place was originally named “Tortes Inn” and had mainly the campers as guests.

A customer of owner Frank Heise informed the television chef Christian Rach about the not so good running restaurant. He came and an episode of his series “Rach der Restauranttester” was produced here. One result was, that the problem was not about food quality: Heise is cooking really well.

What was needed was a new concept with a new name, new decorations and a new menu. As Heise was a chef on different ships and cruising the seas the restaurant was decorated with his memories in a pirate theme. Carribean-style burgers with home-made fries and steaks are now the heart of his menu.

After the opening in 2012 there was a large gas explosion that destroyed a lot that was achieved. Volunteers repaired the restaurant and it is now open again and running quite well. The funny and friendly staff contributes massively to this fact. If you get there you can park directly in front and don’t need to cross the camping area to reach the restaurant.