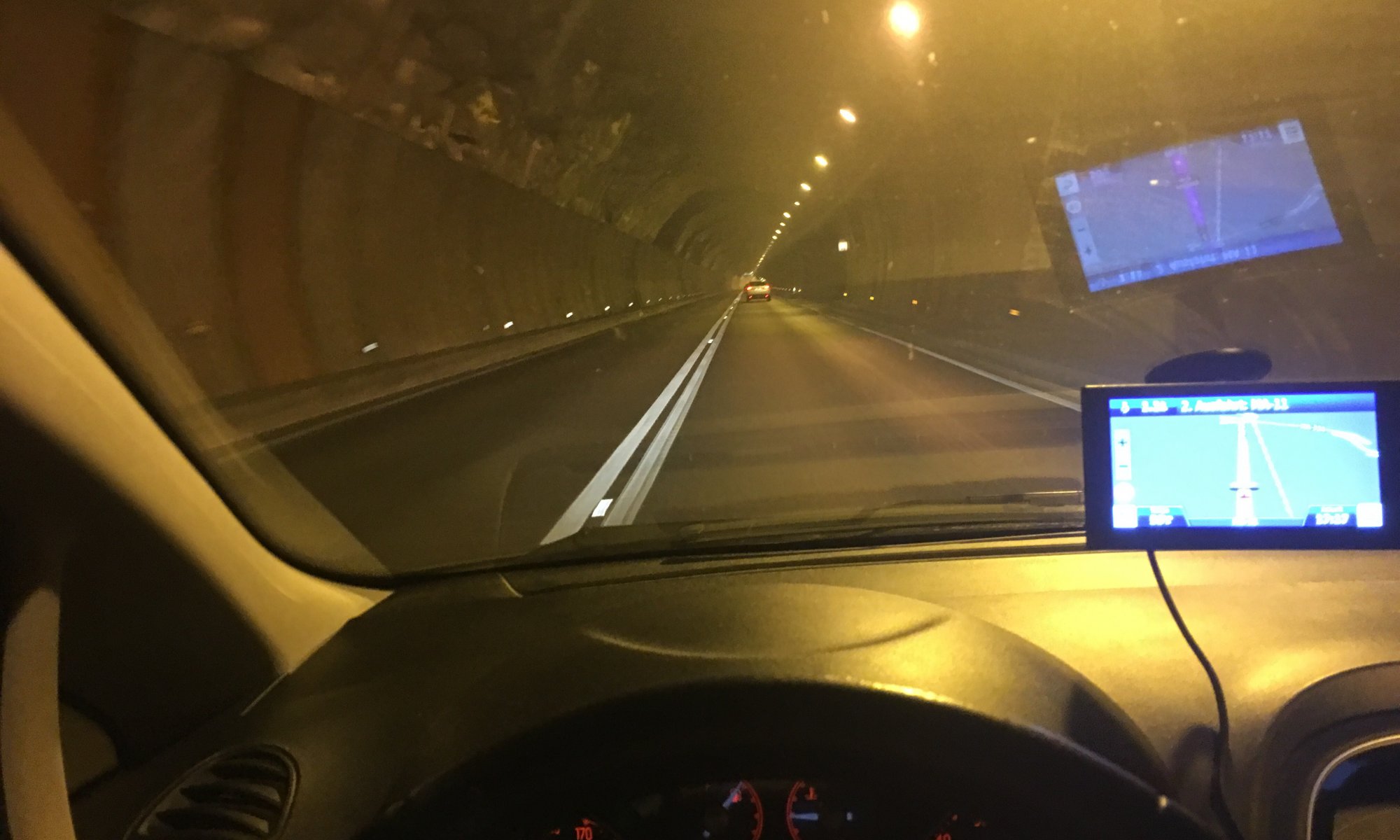 The city of Sóller, Spain is lying secludedly at the Mediterranean sea surrounded by a huge mountain range. Getting there was a hard task. But in 1999 a three kilometers long tunnel was built under the Sierra de Alfàbia – now it is hassle-free to visit this place.

But you’ll have to pay quite a high price: it costs nearly five Euros to pass the mountains – the toll house is on the southern side. But the alternative old way through the mountains is still open and used by the bicycles – which are not allowed to pass the tunnel.

One Reply to “Bye bye loneliness”