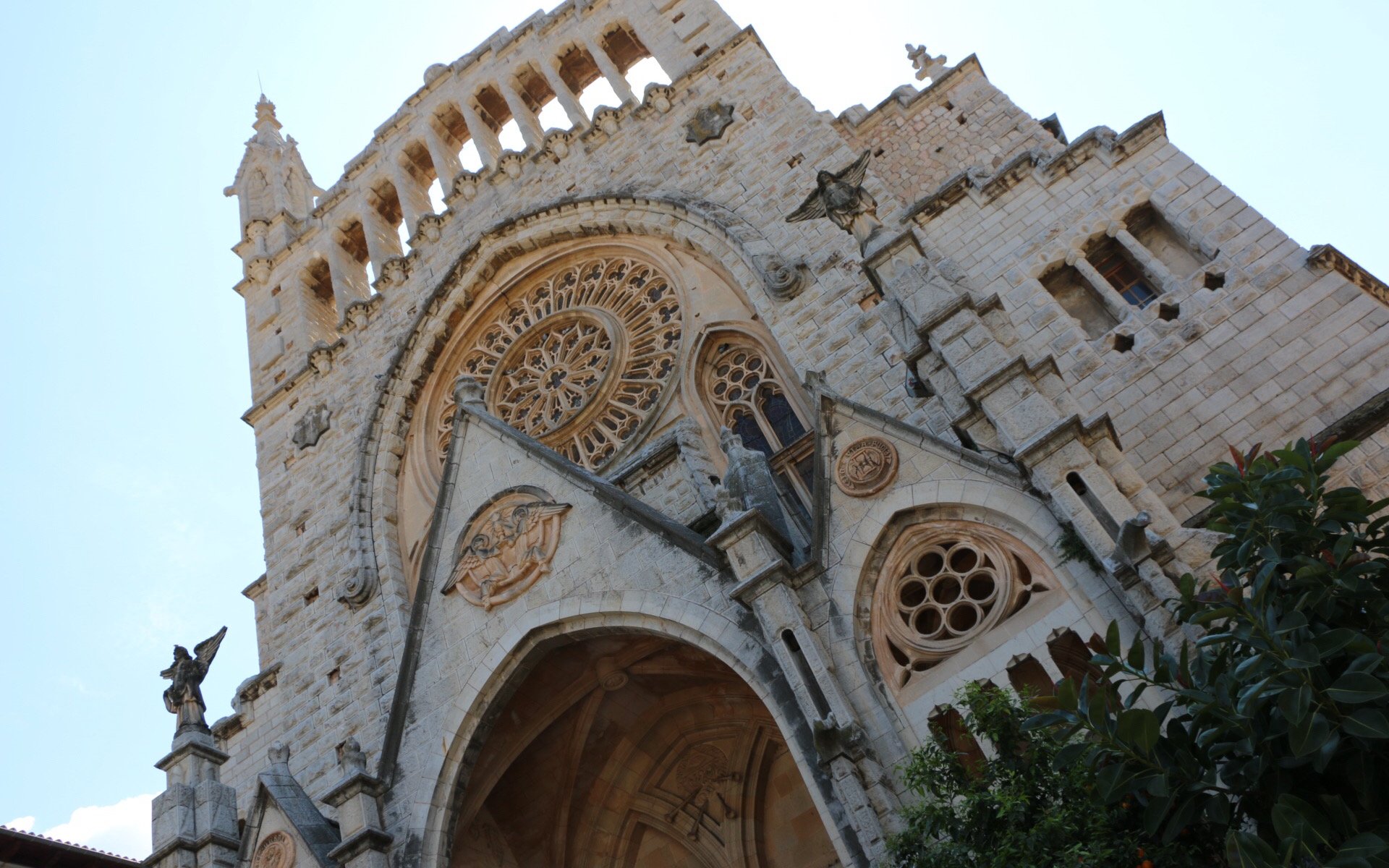 The Església de Sant Bartomeu is the most important Roman-Catholic church in Sóller, Spain. It is located in the city center not far away from the railway station of the Ferrocarril de Sóller. It was inaugurated in 1492 and was altered and enlarged during the next centuries.

Im 1561 Turkish pirates attacked the church and it was enhanced with a fortification. Until 1711 it was rebuilt in Baroque style. It is especially beautiful because of its facade and decorations. And you can sit in front and enjoy the tranvia passing by.