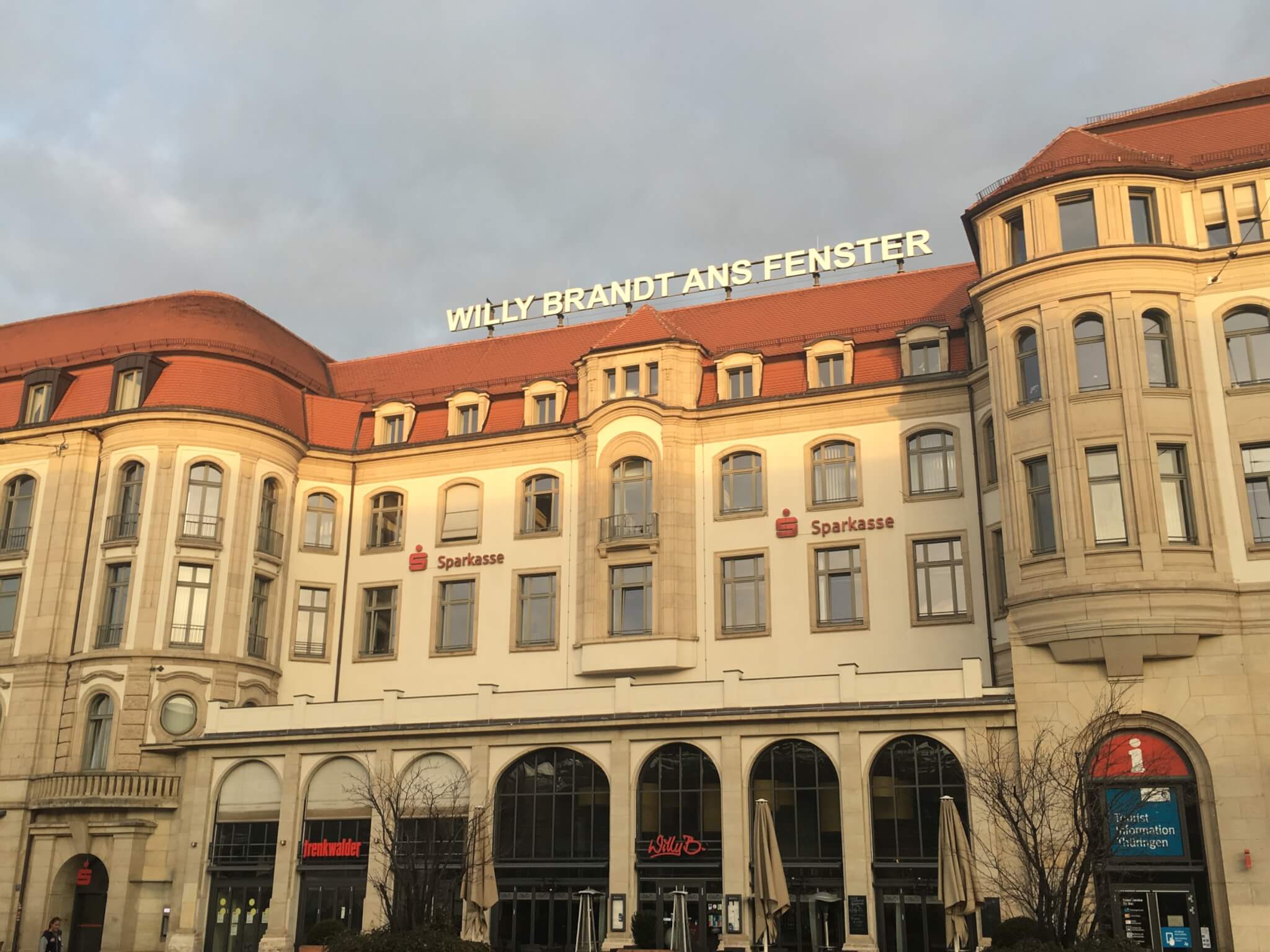 When you leave the main railway station of Erfurt, Germany you’ll immediately see a building with the words “Willy Brandt ans Fenster” (“Willy Brandt to the window”) on top. It is the Erfurter Hof, a former hotel in which the very first steps towards the German reunification were made. On the 19th of March, 1970 the chancellor of the FRG, Willy Brandt, met here with the prime minister of the GDR, Willi Stoph.

Until 1969 the policy of Western Germany concerning the GDR was ignorance. Following the Hallstein doctrine the FRG would stop all diplomatic cooperation with a country that officially accepts the GDR. With the social-liberal coalition forming the government the Hallstein doctrine was de-facto abolished and a détente campaign followed.

The first official meeting between FRG and GDR was held in Erfurt at the Erfurter Hof. It didn’t have many results but it was a symbol. Even as the place in front of the hotel was closed and secured by police, 500 people managed to get there. With a speaking choir they asked Willy Brandt to appear at the window – what he did. He called this moment the most emotional day in his life.