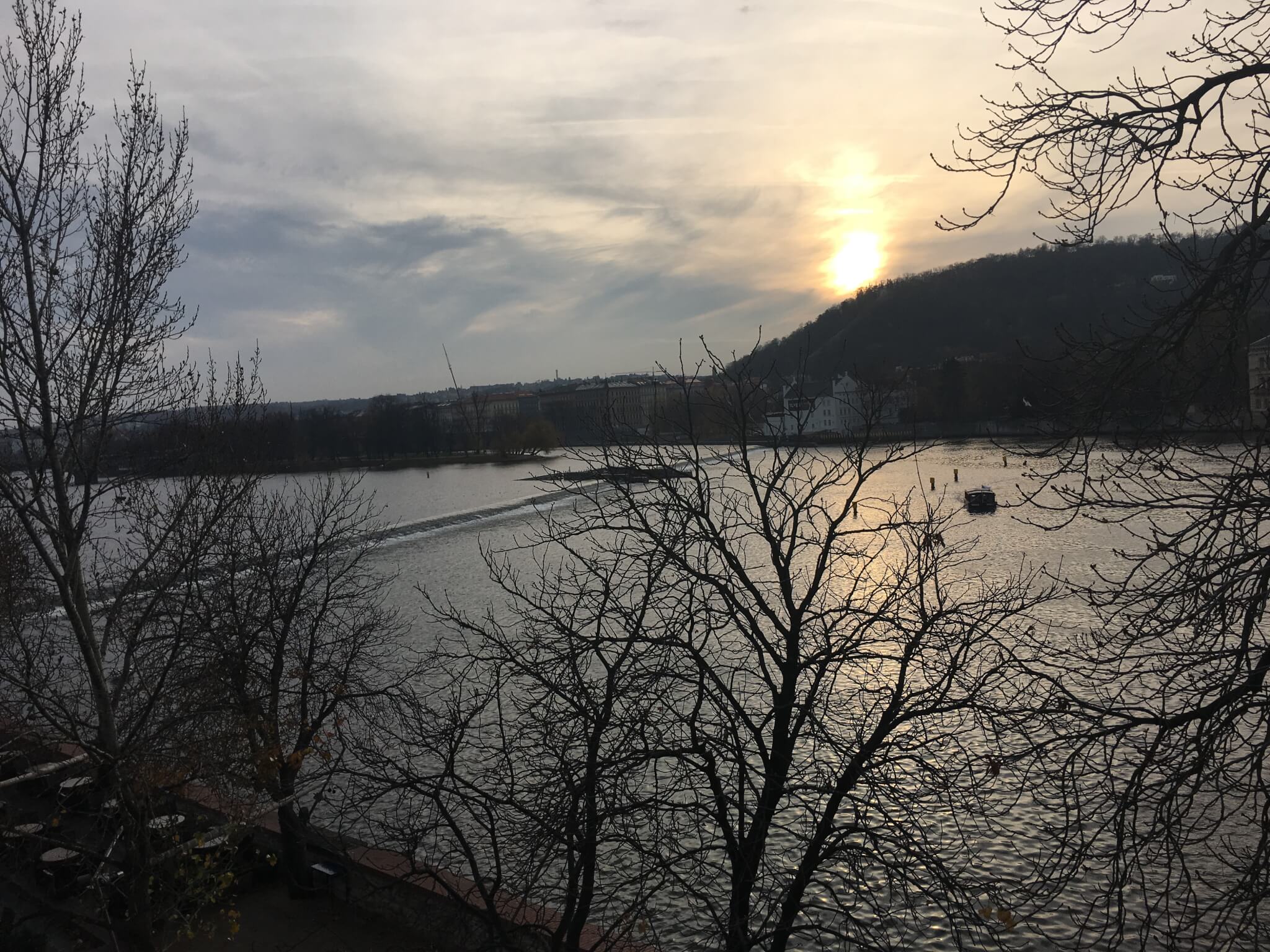 Autumn is road trip time! And after looking on a map of Poland there was only one spot left, I haven’t visited in the past: Kraków. And as I have not been to Praha during the last 15 years I decided to cross the entire Czech Republic with stops in Praha and Brno and to drive over the border to Kraków. The most important reason indeed was, that I had not visited a concentration camp before – something that felt odd as I was even travelling to Jerusalem, Israel to learn more about the Shoa.

Very, very early in the morning I went by train via Erfurt to Dresden, Germany. There I took a car from Europecar and drove the quite short distance to the capital of the Czech Republic. This involved paying the road toll for Czech motorways by buying a vignette (available few kilometers before the border, payable in Euro). I managed directly to find the car park close to the main railway station of Praha and started a long walk through the city.

As always Praha was very crowded with tourists. I took the route from Václavské náměstí to the beautiful Staroměstské náměstí and had a look at the Church of Our Lady before Týn (Kostel Matky Boží před Týnem) dating back to the 14th century. Most impressive is the bridge Karlův most leading over river Vltava (a name I always have problems to remember because it seems to have nothing in common with the German name – “Moldau“). I didn’t have enough time to visit the castle hill with its specific history and the Katedrála svatého Víta. But that didn’t matter much as I was quite happy to leave this overcrowded town.

As I wanted to see more of the Czech Republic I decided to go to Brno and stay at the atmospheric hotel “Slavia” – very close to the city center. I was pretty much impressed by the improvements the Czech made during the last years. Road conditions and infrastructure where good and Brno was absolutely like every other European city. Indeed, it has a good nightlife – many bars, restaurants and clubs. I enjoyed visiting a winter market on the main square and tasting different wines and snacks (mostly sausages; obviously something important).

The next day was kind of bitter, starting with the fact that the shadows of the terrorist attacks on Paris, France were laying on my trip. My first stop that day was Oświęcim, Poland. I had booked a four-hour tour through Auschwitz I and Auschwitz II (Birkenau) to get a deeper inside into these work and death camps of Nazi Germany. A very emotional and touching visit that impressed me for days. I continued to the old factory of Oskar Schindler in Kraków, Poland.

After this day I needed to clear my thoughts and lingered through this wonderful old city, including a stop at castle hill and the dragon cave and statue (smok wawelski) close to river Wisła. Maybe one of the most beautiful views were the lights of the city creating images on top of the waves of the river. I stayed at the Puro hotel directly opposite the main railway station – a nice boutique hotel that plays nifty with technology.

Before taking the long distance on Polish roads back to Germany, I made a stop at the salt mine in Wieliczka, Poland – close to Kraków. An impressive underground complex you can walk through for hours and learn a lot about mining; or simply enjoy the statues carved into rock salt.  Already during the day before a storm and severe weather occured. Driving back lasted therefore much longer than planned and driving through heavy rain and a windstorm in darkness was quite a challenge.

When I returned to Dresden, Germany I checked in at a special hotel: the “Schiffsherberge Pöppelmann“, a ship (formerly called “Karl Marx“) anchored at the harbour in Dresden-Neustadt. I really enjoyed exploring the ship and sleeping on board surrounded by nature within a pretty big city: the first reception was done by a fox and a family of beavers. I used the next day to roam the old city center and then returned home by train.

Altogether a trip that was necessary by content, showed me again the beauty of Poland in autumn and surprised me by the progress that has been made especially in the Czech Republic. It was only a small challenge for an experienced traveller; having two non-Euro currencies was no-frills because of the possibility to pay by card nearly everywhere. Only the weather could have stayed better for one day more.