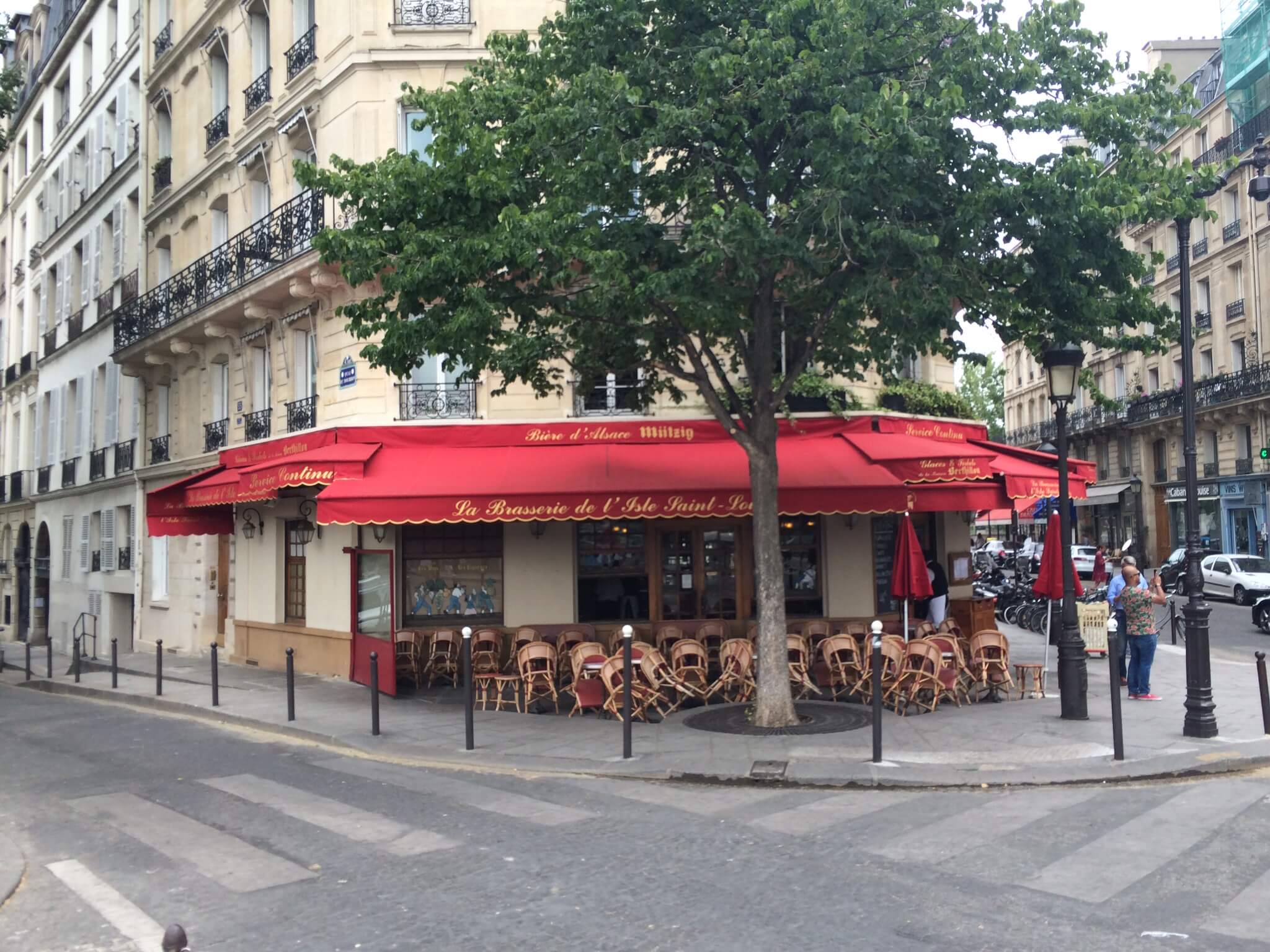 Not a secret hint by far: if you need a good scoop of ice cream, you should visit Berthillon. Once upon a time long queues built up in front of this source of delicious frozen milk products. Nowadays you can get the ice cream in nearly every coffee bar on Île Saint-Louis.

In addition this was the first place where somebody reacted instantly negative about my origin. A woman of my age, asking me about my home country was obviously deeply disappointed. Because she was from Greece. And because there is so much trouble between Greece and Germany nowadays – as a result of the financial crisis.

And because of the war. World War II coming into the minds of young people from Greece 70 years after its end. That is the result of poor politics on both sides and a German chancelor navigating the country into the center of the conflict without necessity. But as we both stated in the end: better times are coming!