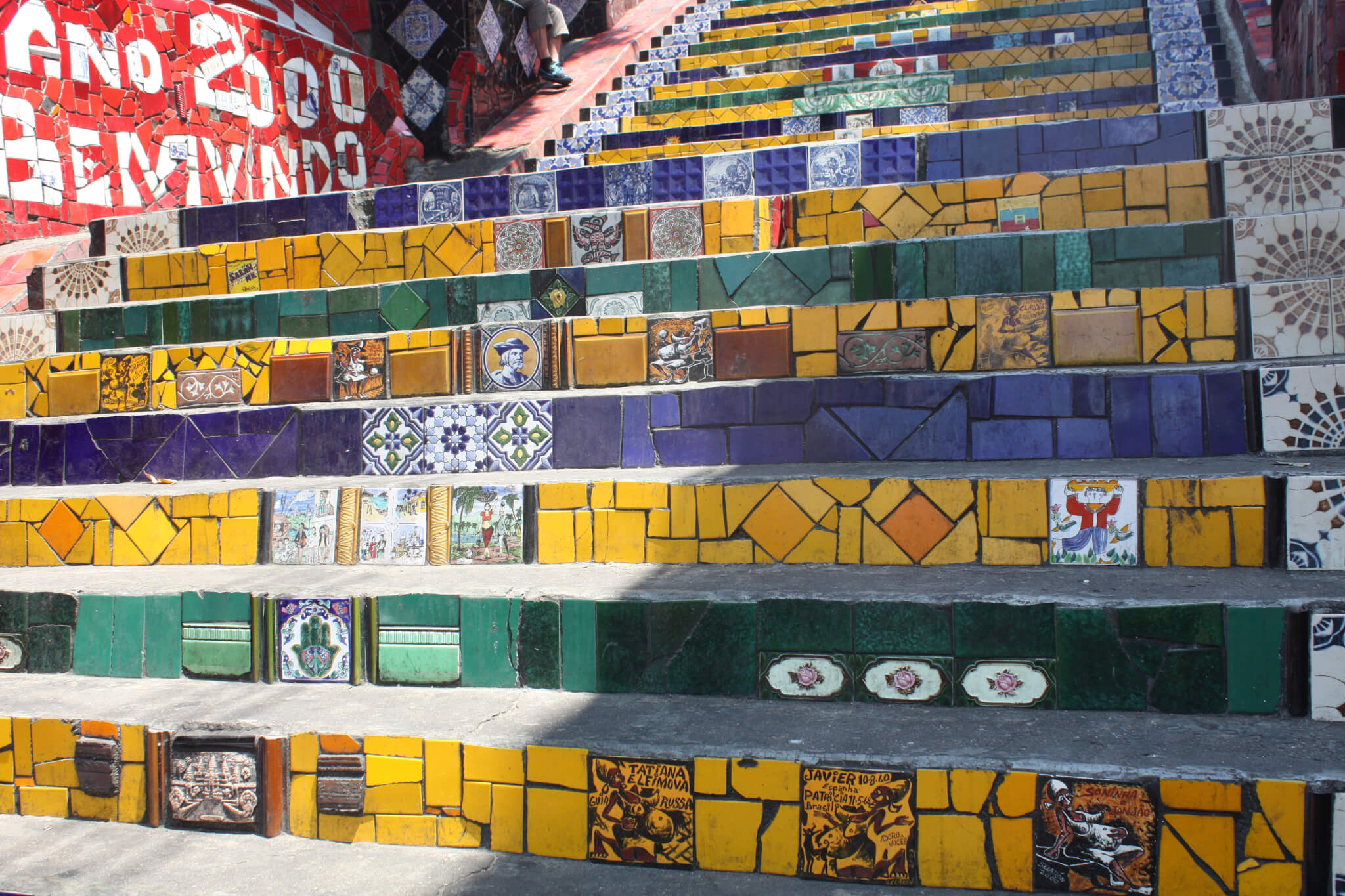 It’s the work of a man with a vision. While roaming through the neighborhood of Lapa, you will definitly find a strange but beautiful staircase. It is covered in tiles of all colours and with themes from around the globe. Jorge Selarón, an artist from Chile, decided to renovate the steps in front of his house – and never stopped until his death.

Selarón was a painter but he got obsessed with the idea of contributing something to Rio de Janeiro while designing this staircase. As he was constantly out of money people started to donate tiles to him. From all around the world they brought him pottery with views of their hometowns on it.

Selarón worked day and night until 2013, where he was found dead on “his” steps. He couldn’t finish his work though one might ask if he would have ever seen it as completed. But he created his own masterpiece that is known around the world – in commercials and music videos like those of U2 and Snoop Doog.

One Reply to “Escadaria Selarón”