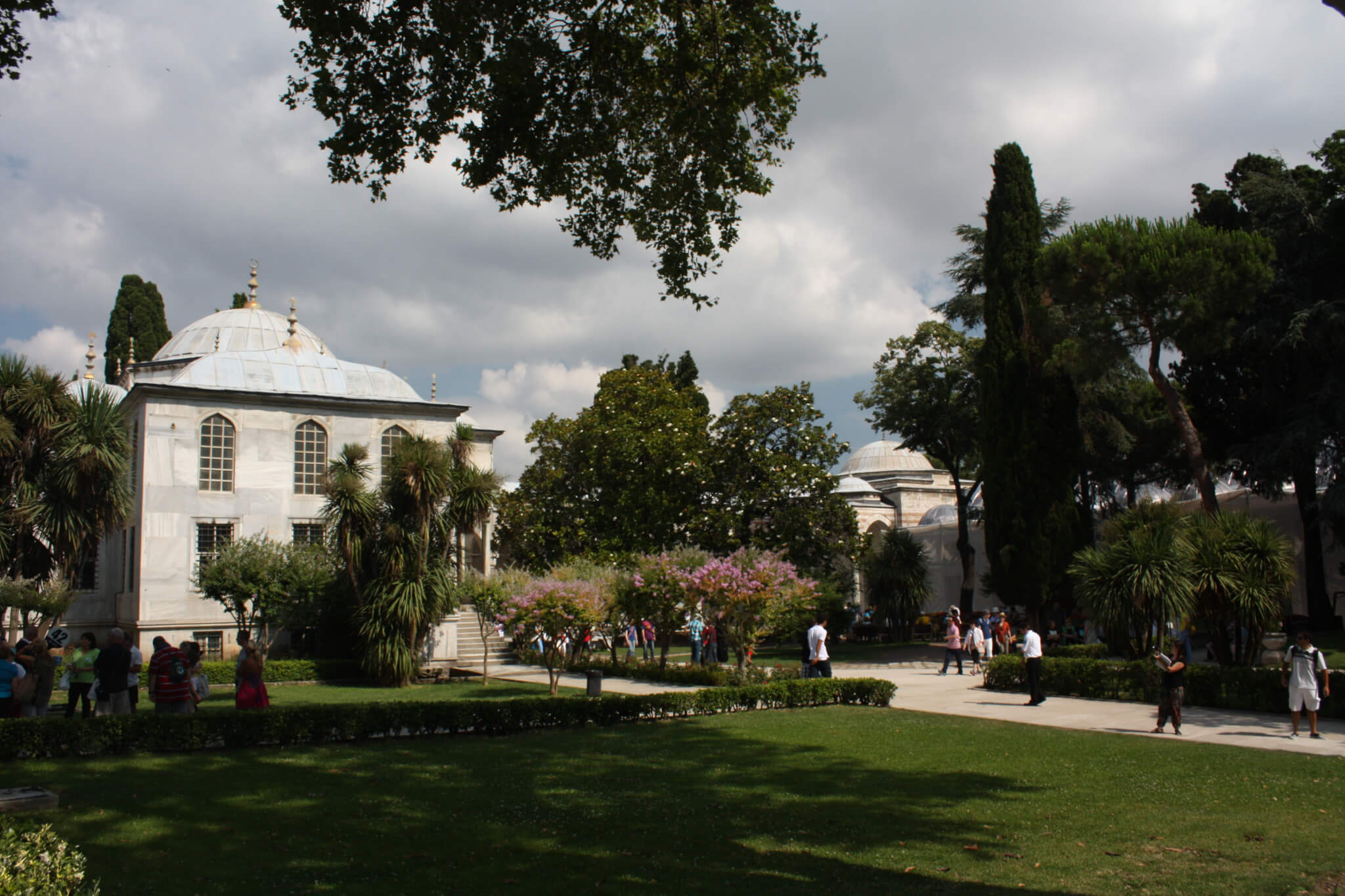 One of the must-sees in Istanbul, Turkey is Topkapı Sarayı – the Topkapı palace. It is located in Sultanahmet, not far away from the Blue Mosque and the Hagia Sophia on a land tongue between the Golden horn and the Marmara sea. It has been built after the conquest of Constantinople in 1453 by Sultan Mehmed II.

The palace is a vast ensemble of buildings starting with a wonderful well in front of the Sultan’s gate. You’ll then continue through some beautifully decorated buildings to a garden to which the museum is attached. Most interesting part is the treasury which gives sense to the sentence “By the beard of the Prophet!“: conserved there you’ll find some hairs of the beard of Mohammed.

The Topkapı Sarayı was also the scene for the first Heist movie: Topkapi. In this film with Maximilian Schell and Peter Ustinov from Jules Dassin (1964) a gang of thieves wants to steal the dagger of Sultan Mahmud I from the palace. A piece of movie history!

One Reply to “The prophet’s beard”