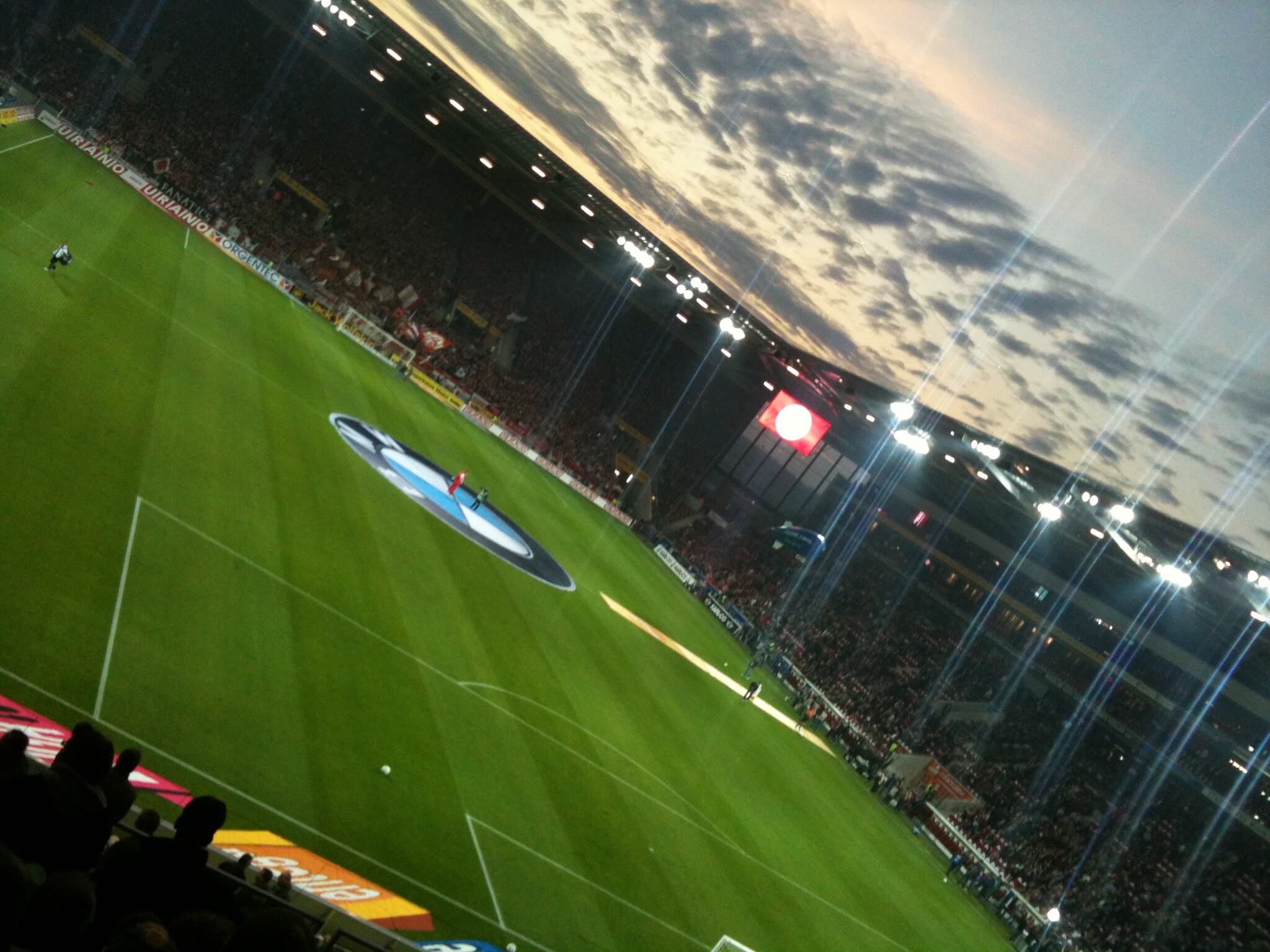 In 2011 the soccer club Mainz 05 needed a new stadium and it was built in Mainz-Bretzenheim, outside of the city center of Mainz, Germany. It is located on a field with nothing surrounding it. If you get there by car you’re requested to park at the fair grounds – which you might be searching for a while.

The reason is, that the fair in Mainz is tent-based and there was no fair while we were there. In fact you’re parking in no man’s land and are taken by a bus to the stadium, also far away from civilization. Nothing comparable to the Weserstadium located close to the city center of Bremen.

The stadium itself is brand new and offers nice views. The guest fans are guided through a tunnel to their places. The most remarkable thing about this arena is the sausage served here – a spicy Feuerwurst that’s quite worth the trip.