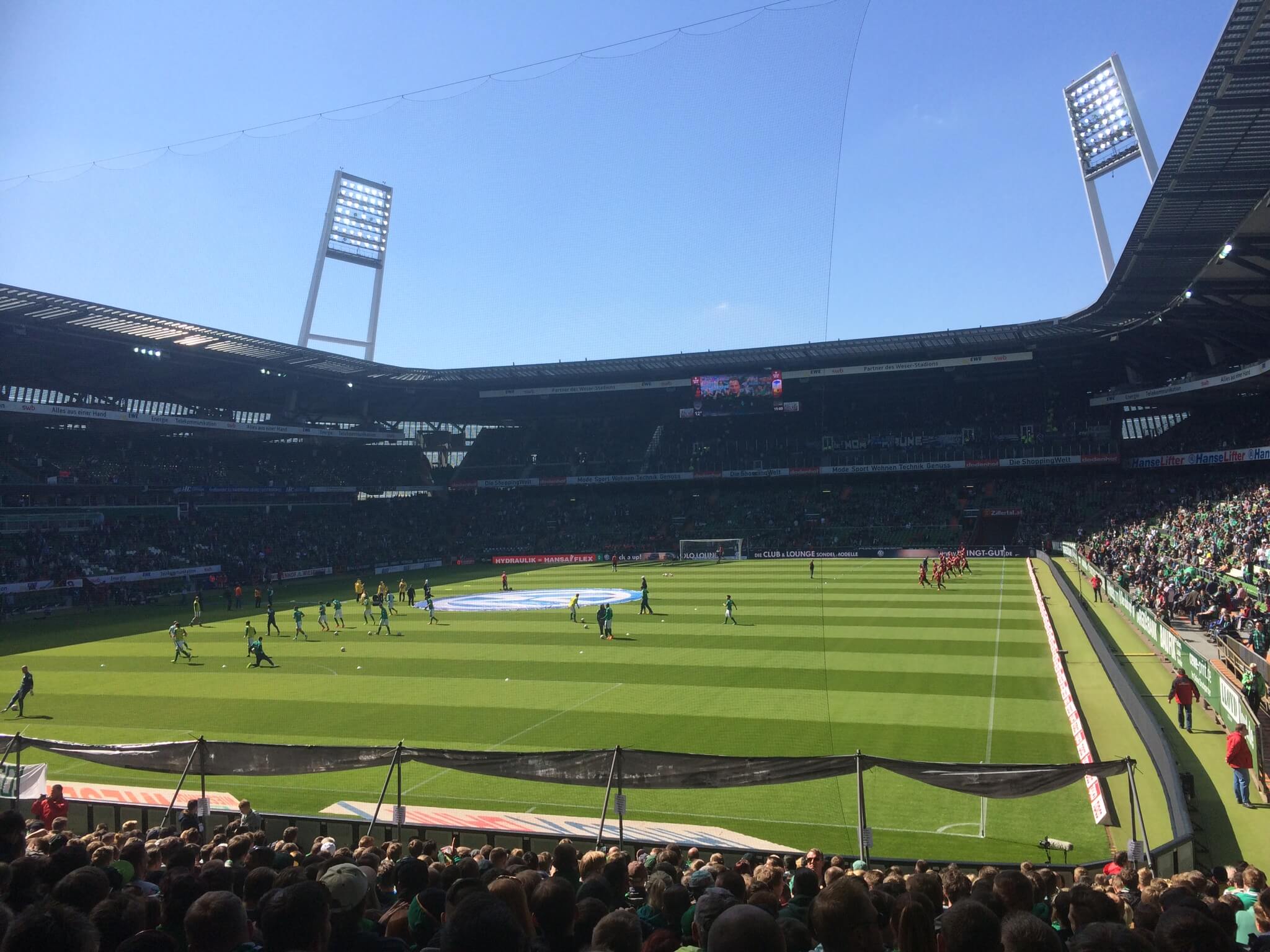 The Weserstadion is a soccer stadium on the Peterswerder in Bremen, Germany. It his home to the SV Werder Bremen and one of the last stadiums not having a sponsored name in the first German league. The stadium was opened in 1947 and nowadays has 42.500 seats. Fans of the home team gather at the stands in the eastern part of the stadium, the “Ostkurve“.

To get to the Weserstadion you can have an absolutely nice walk from the railway station throughout the city, along Osterdeich to the stadium. Or you take one of the tramways waiting directly in front of the station, labeled “Weserstadion“. Tickets can be bought online or at ticket booths directly at the stadium. As the games are most often sold out you should get your tickets in advance.

Within the stadium, alcoholic beer and German “Bratwurst” are offered, as usual in German soccer arenas. To buy something you’ll need a payment card you can get in front of the stadium and which has to be charged in advance. Visiting the stadium is safe, but at specific games like the famous “Nordderby” against Hamburger SV a lot of police men are securing the supporters.