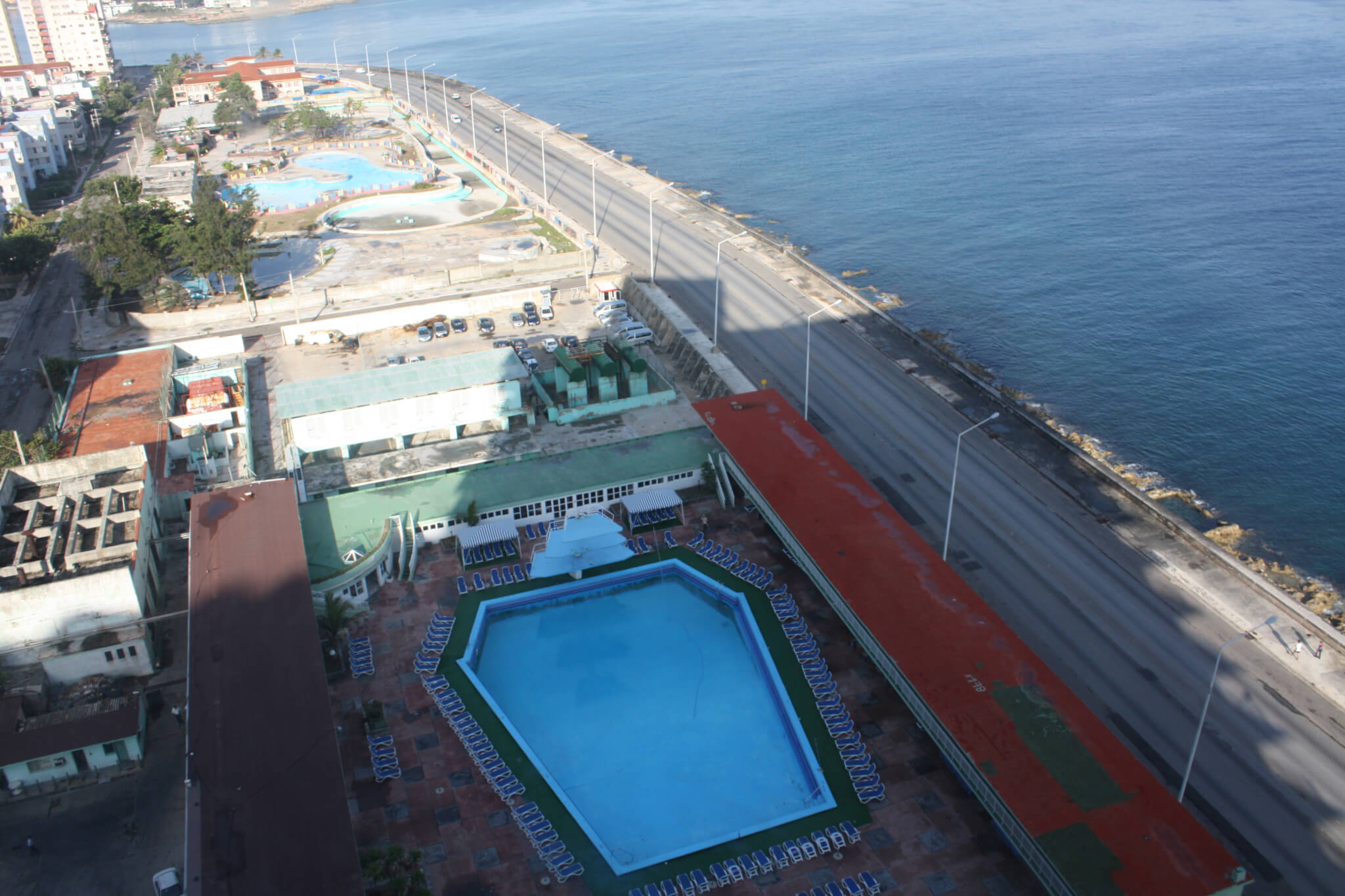 The hotel Riviera at the Malecón in La Habana, Cuba was my first hotel on the island. I chose this hotel not only because of its wonderful location, but also because of its spectacular history. It was opened in 1957 and its 21 floors still preserve the style of the 50s.

The hotel was built by the US mobster Meyer Lansky as a casino hotel in Las Vegas style and it was financied by a bank of the Cuban dictator Fulgencio Batista. Mafia traces are still visible because of the pool: it is coffin shaped. Famous acts playing at the Riviera included Abbott and Castello, Steve Allen and Nat King Cole.

The Cuban revolution in 1959 endet Meyer Lansky’s gambling business: Fidel Castro used the hotel for an important press conference, later that year he nationalized the hotel – like he did with all US belongings on the island.