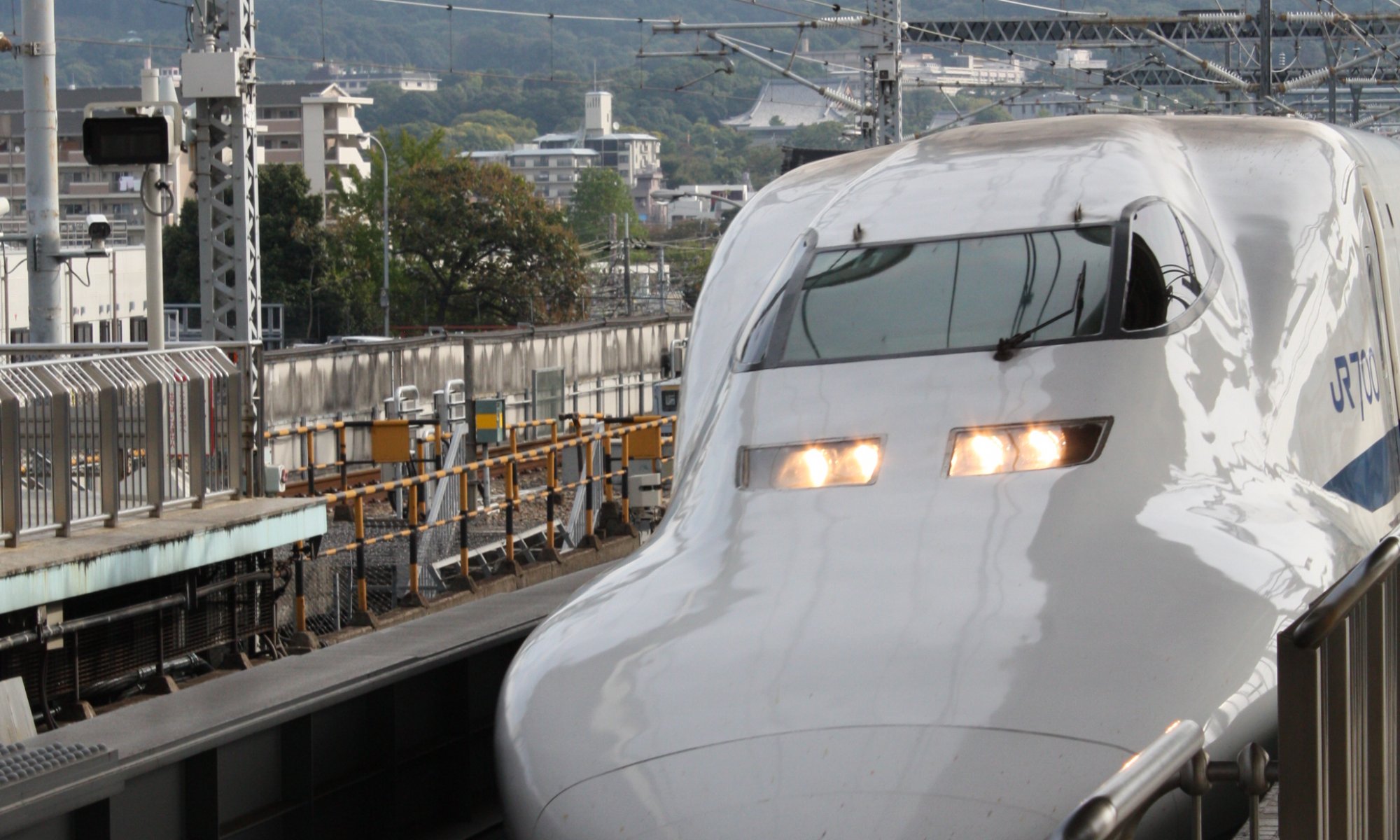 The Shinkansen is the Japanese super-train non-comparable to anything in Europe. I took it for a very short trip from Kyōto to Ōsaka, Japan. It is fast, it is clean, it is always on schedule, stops at the correct marks at the railway station and always arrives with the correct order of waggons. Precision seems to be a real goal of Japanese railways.

Shinkansen is in fact the name for the rail network (the name meaning “new standard track”) but also for the special shaped trains. He gets as fast as 320 kilometers per hour. It’s history goes back to the Olympic summer games in 1964 when the first track from Tōkyō to Ōsaka was opened.

Today JR experiments with a speed of 360 km/h and exports the technology to China. It is especially used in Taiwan. The Shinkansen has an earthquake alarm system: In case of an earthquake the electricity is shut down and a brake system stops the train.

One Reply to “Shinkansen”