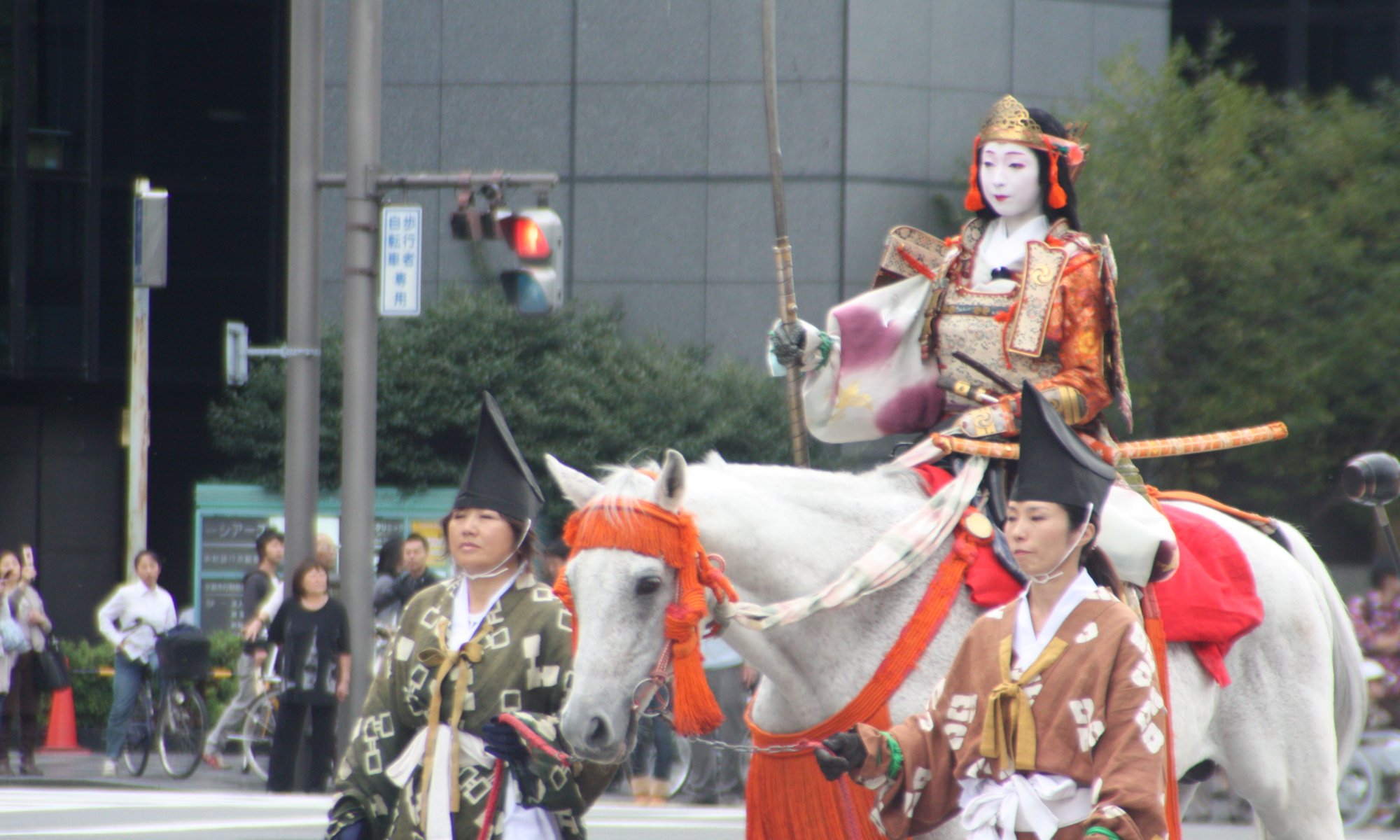 The Jidai matsuri is an annual festival in Kyōto, Japan. It celebrates the shift of the Japanese throne from Nara to Kyōto in 794. It is celebrated since 1895 on the 22nd of October. It is one of the three big festivals in the city and was originally created to raise the mood of the citizens after the throne went on to Edo (today’s Tōkyō) in 1868.

Mobile shrines (mikoshi) are carried to the old imperial palace in Kyōto – followed by 2000 persons in ancient costumes; warriors from different ages and geishas. All ages in which Kyōto was home of the throne are represented and thousands of people watch the celebrations which are pretty quiet – from the eyes of a European visitor.

One Reply to “Jidai matsuri”