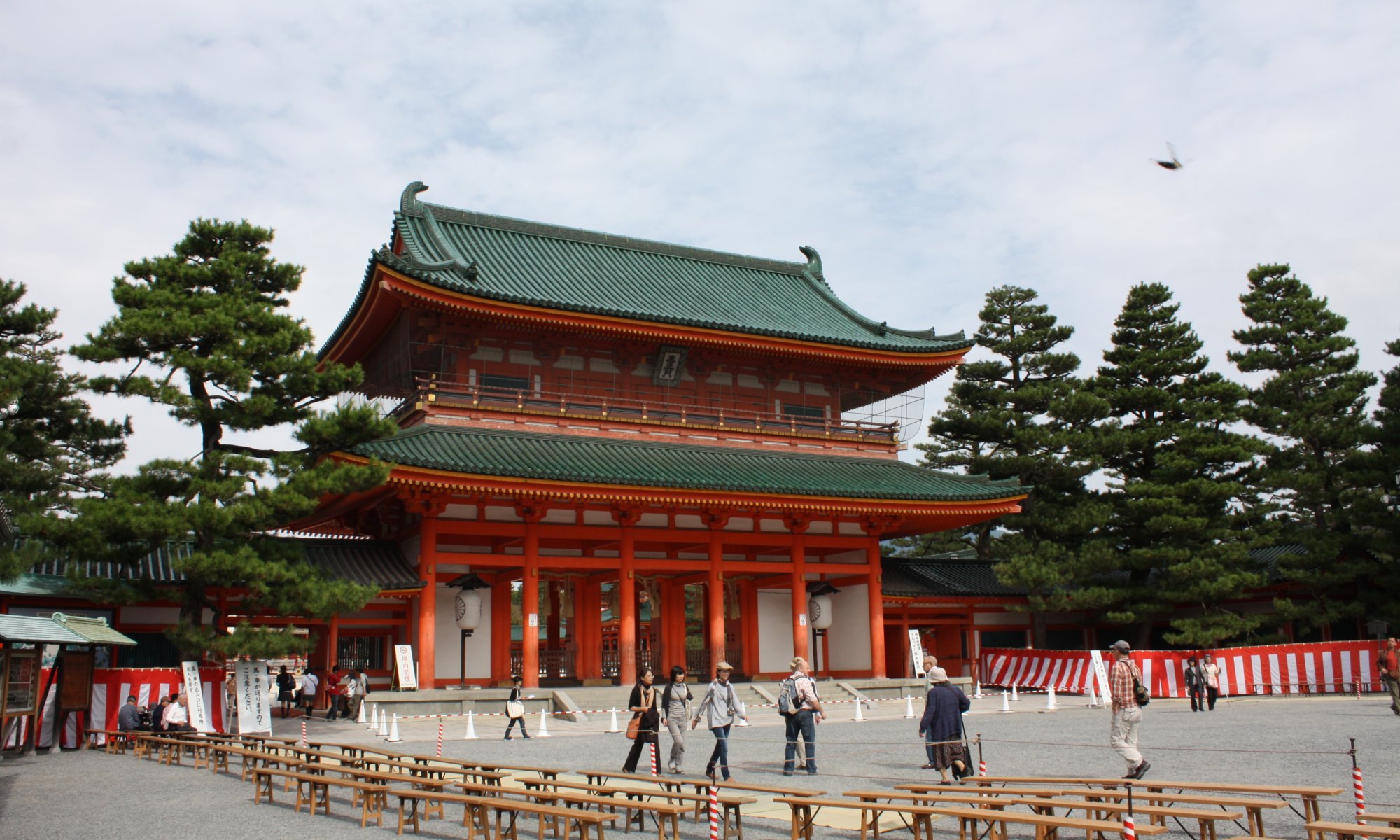 The Heian-jingū is a Shintō shrine in Kyōto, Japan. It was opened in 1895 to commemorate the foundation of the city 1100 years ago. In 1940 the remains of the last Tennō who reigned in the city was brought into the shrine. The torii at the entrance is the second largest in Japan, following the Yasukuni-jinja in Tōkyō.

Heian-jingū is playing an important role in the Jidai matsuri festival on each 22nd of October. The remains of the Tennōs are then brought from the shrine to the imperial palace (followed by a long parade).