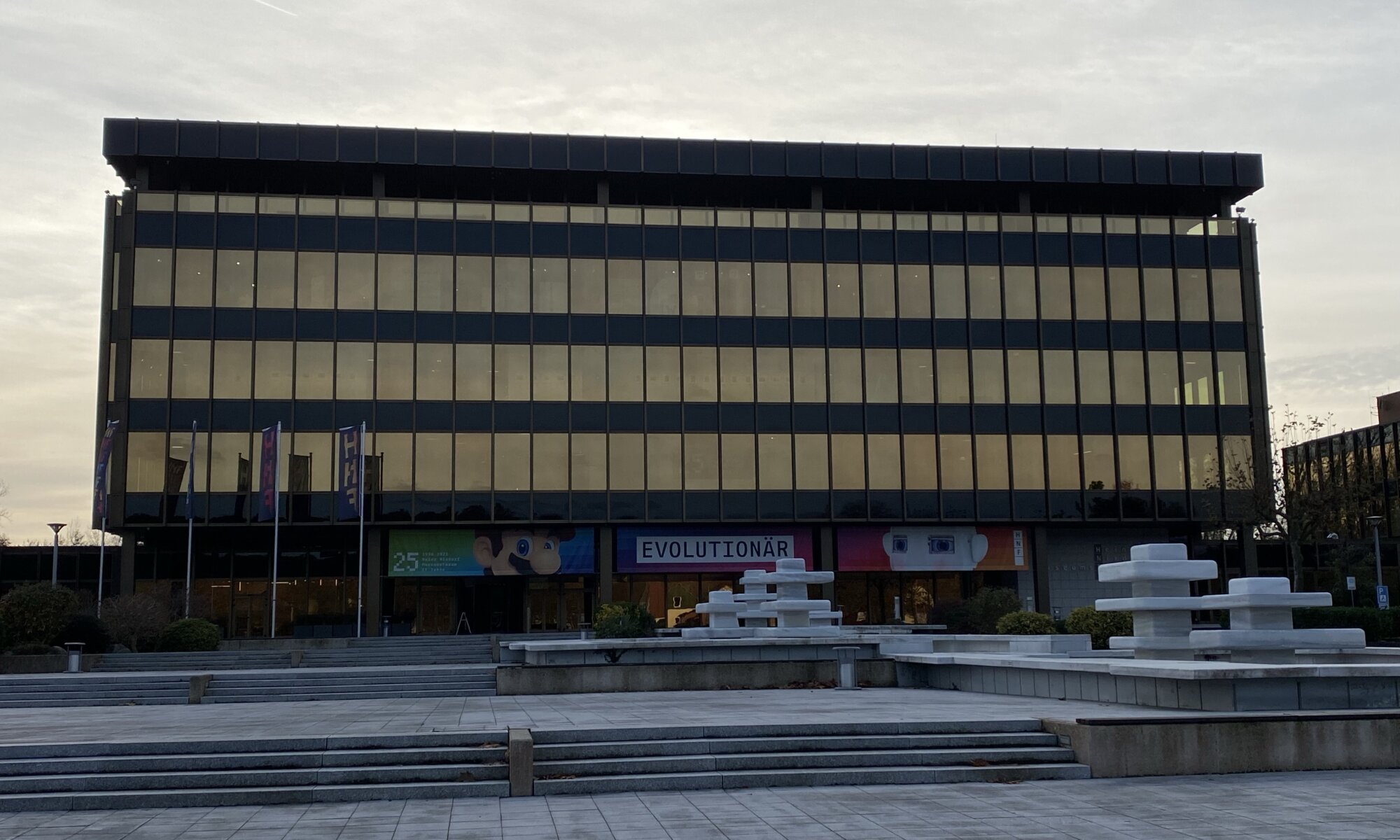 What many people don’t know is that the modern history of Paderborn is deeply connected to computing. In 1968 Heinz Nixdorf founded the Nixdorf Computer AG which was an important computer manufacturer. It was later acquired by Siemens and the name Wincor Nixdorf become later known mostly for Automatic Teller Machines (ATMs) and cash desk systems. We all have probably already withdrawn money at machines produced at Paderborn.

During is work Heinz Nixdorf often received ancient computers and their predecessors as presents. That created the idea of opening up a computing museum and exhibiting all those. Only in 1996, ten years after the death of Heinz Nixdorf, the Heinz Nixdorf MuseumsForum (HNF) could be opened in Paderborn as the largest computing museum in the world. The museum begins with Adam and Eve: human development, the creation of numbers, the evolution of calculation.

The exhibition continues with first calculation machines, typewriters and telephony systems. You can learn all about the different stages of computer development, about side topics like encryption and hacking, about famous persons in Informatics. And in the end you can learn about robotics, interact with artificial intelligence, let yourself be painted by an industrial robot. It finally ends with smartphones and wearables. A fantastic museum able to create interest in computing and programming!