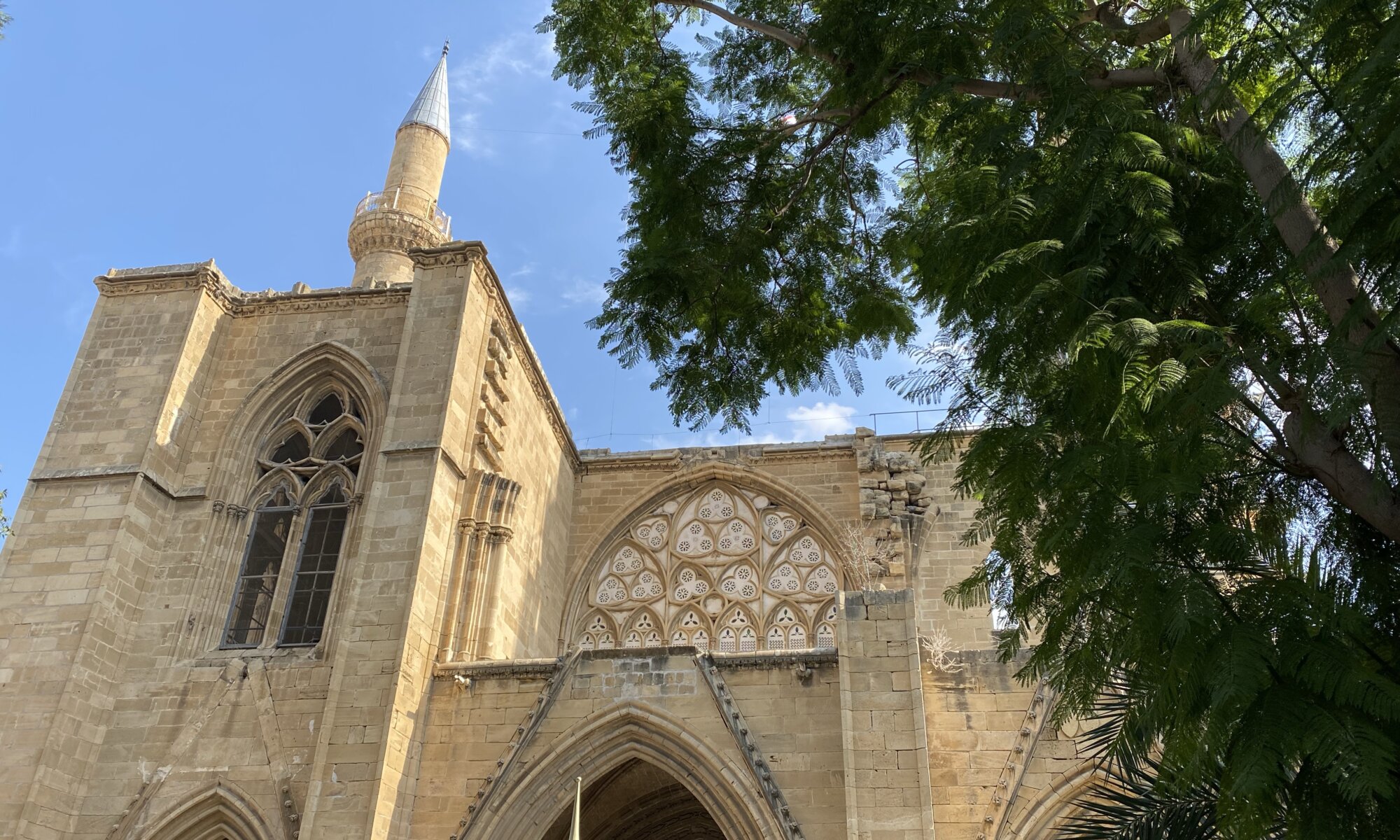 When you look at ancient maps and images of Λευκωσία, you can see a large church in the center of the city boundaries marked by the Venetian walls protecting the city: the Cathedral of Saint Sophia. It was built from the year 1209 on and the Knights Templar supported the creation during the crusades. The kings of Cyprus were crowned there during the existence of their kingdom (1192 to 1489 CE).

In 1570 CE the city was conquered by the Ottoman empire and the Gothic-style church was converted into a mosque. The Selimiye Camii or Ayasofya Camii is today located in the Turkish occupied north of the city center and still used as a mosque. Although two large minarets have been added, the typical structures of a Gothic church are still visible. It looks a bit like Notre-Dame de Paris, which had obviously influenced the building.