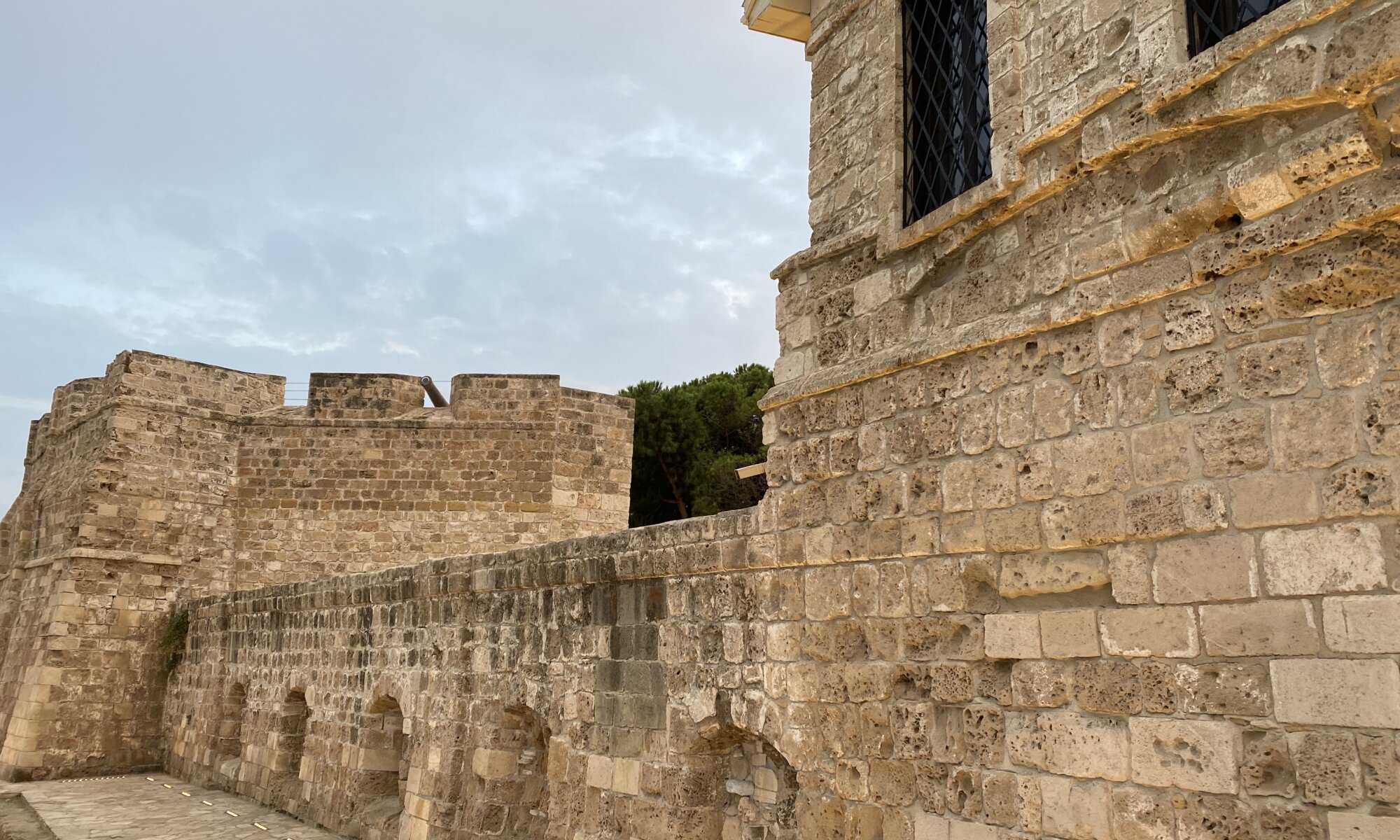 The castle of Λάρνακα is just a small castle directly at the sea, but it is a nice photo spot, especially in the evenings. First fortifications in this area go back to the 12th century CE, but the city and the castle gained importance in medieval times and where enhanced and fortified when the Republic of Genoa conquered the north of the island, and the harbor of Famagusta was lost.

During British reign, the castle became a prison, and it was also used for executions. Today you can walk on the walls, have a look on the sea and read more about the castle and the island in the small museum created within the castle walls. Additionally, the courtyard is used for concerts and theatre performances in summer.