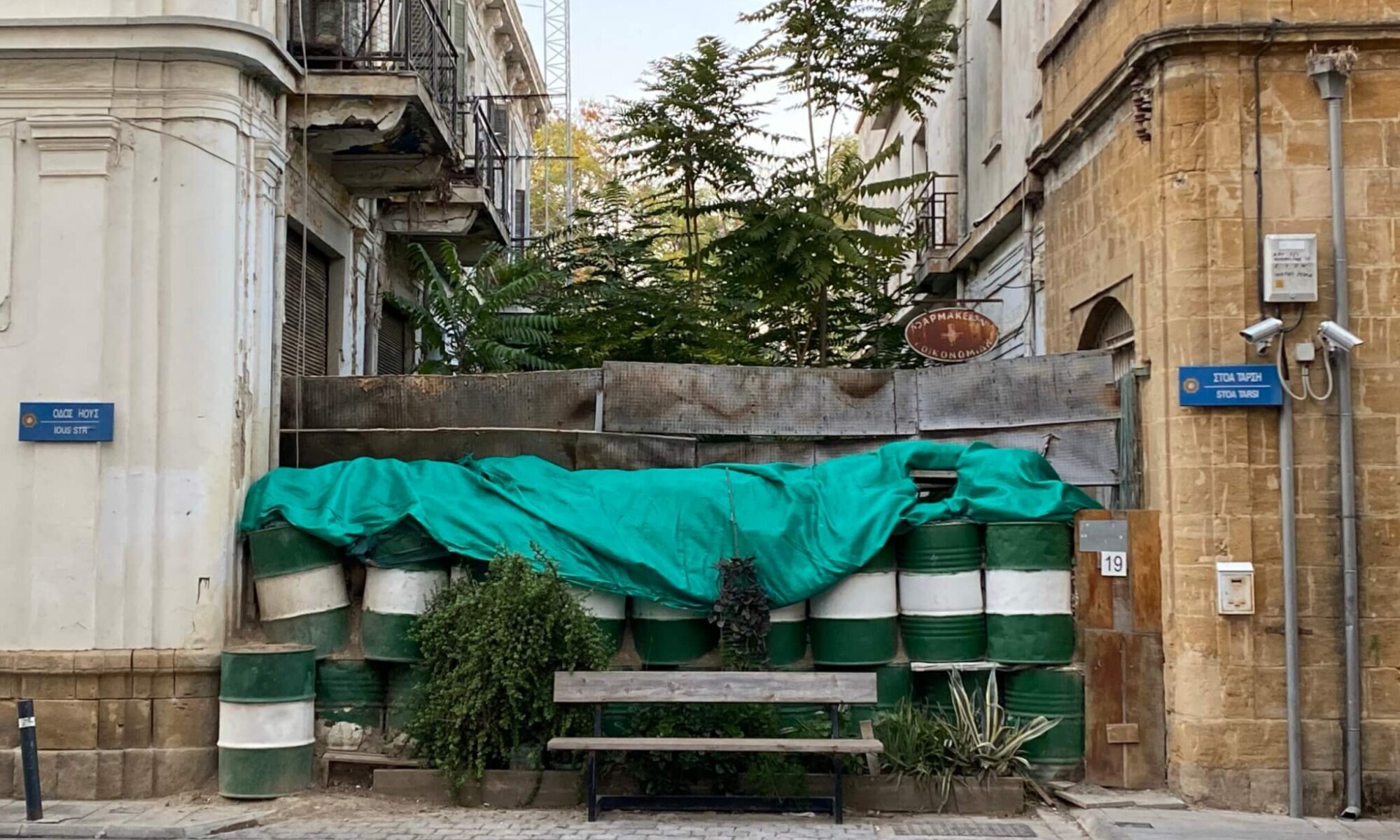 Λευκωσία is the last divided capital in Europe. When you’re walking through the city, you’ll find barriers made from oil barrels, roadblocks, barb wire and (bored) guards along a no-man’s-land leading from the east to the west of the city. This area is protected by UN forces and even as you’re not allowed to do photographs you can get close to the border pretty easy. It is bizarre to see the empty and deteriorating buildings in the heart of the city.

The inhabitants seem to be used to that situation and they just place the tables of their bars directly next to the wall; luckily, it’s been a border without fights in the recent past. There is only one place where you can officially cross the border and that is the Ledras street. When you’ve shown your passport twice you walk to the Turkish occupied north of the city, and you’ll immediately see that you’ve moved into a totally different country. It feels like teleporting from Greece to Turkey.

How did this all happen? Cyprus was occupied by the Osman empire since 1571, but during the first World War the British took over power. In 1925 the country officially became a British colony, but the Cypriots wanted independence. After a bloody independence war, a treaty between Greece, Turkey and Great Britain gave Cyprus the status of an independent state in 1960. But it was a fragile independence that has already then to be secured by UN forces.

In 1974 president Makarios was removed in a Coup d’état. Nationalist forces requested to make Cyprus part of Greece; a process not only limited to the island but known as the Enosis. The reaction of Turkey was to occupy the rich and touristy north of the island to prevent Greece to incorporate it. The UN stated that this act was against international law and requested Turkey to withdraw their forces, but Turkey declined. Since then, the island is divided, and an UN-protected buffer zone crosses the complete island.

In the north there is now the Turkish Republic of Northern Cyprus (TRNC) that is only acknowledged by Turkey – by no other country in the world. When Cyprus became part of the European Union, the complete island became part of it. But for sure the north isn’t fully part of EU until a potential future re-unification of the island. And it is really time for that. Do it like Berlin, Λευκωσία!