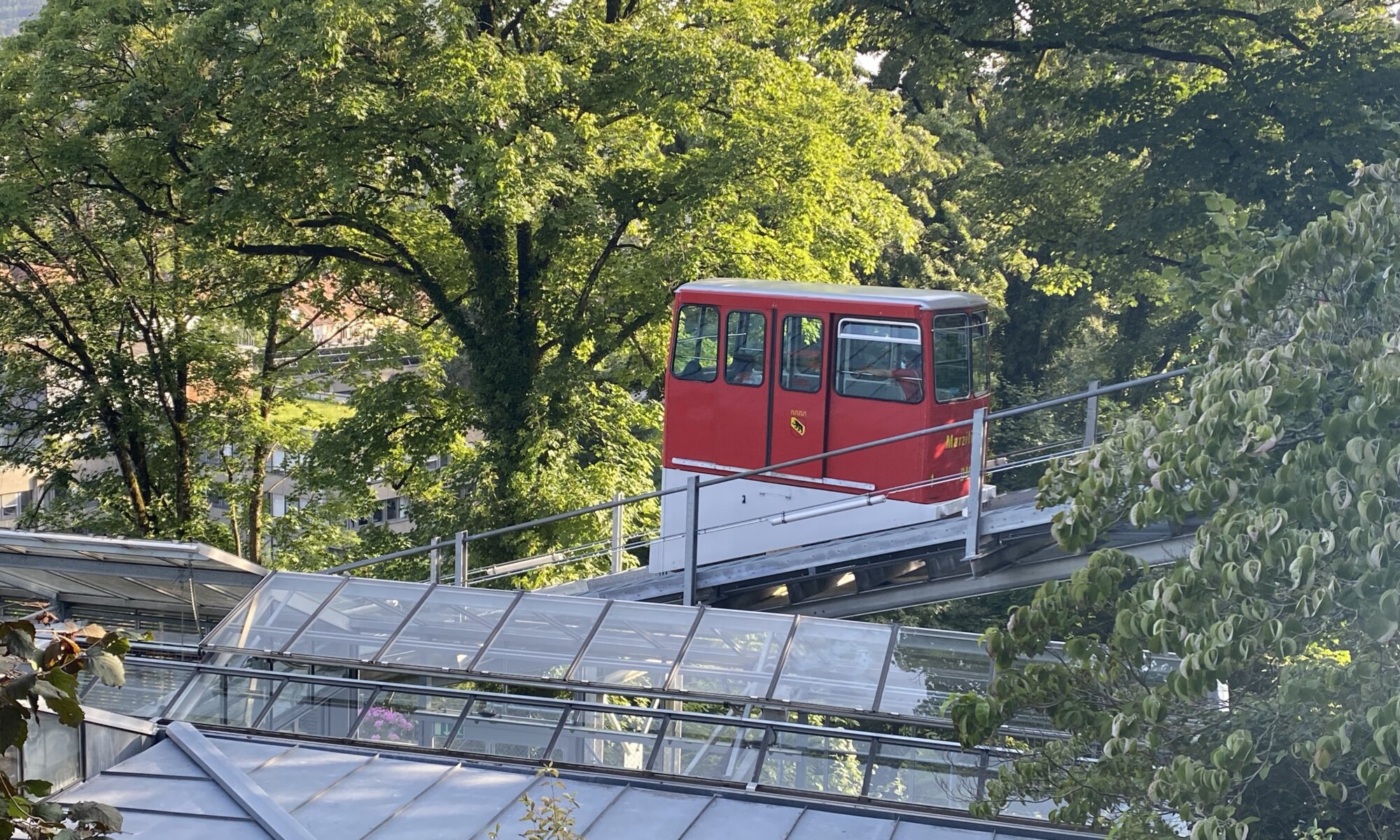 One might wonder whether there is a need for this funicular: it is only 105 meters long and the difference in height is 32 meters making it the second-shortest funicular in Europe after the Uspinjača at Zagreb. It connects the upper city center (close to the parliament, the Bundeshaus) with the city quarter Marzili.

Maybe some people need it to transport their shopping results back home or to get back after an exhausting day at the open-air pool in Marzili (the best reason to get down there). The funicular was created in 1885 and was by that time powered by water: the cabins had tanks and the upper one was filled with water pushing it down the hill and by that pulling the other one up. You can see that mechanism still today at an ancient cabin exhibited at the lower station. The small fee for a ride has to be payed at the stations before entering the funicular.