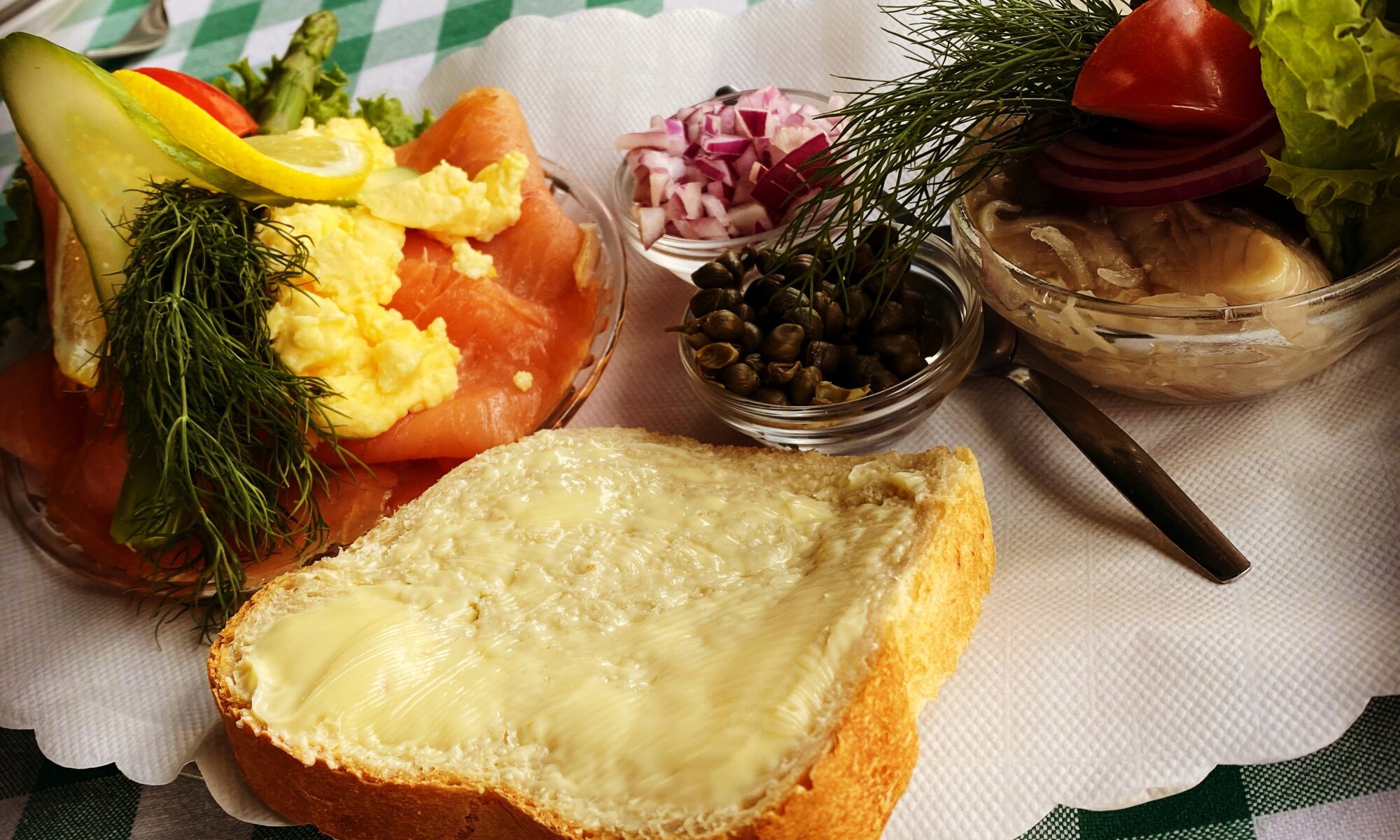 Well, Danish food isn’t on the list of most served dishes around the world. Ever heard of a Danish restaurant abroad? No, me neither. But of course, the Danes have very delicious options on their menus. You would expect that a country surrounded by water serves good fish? For sure! But in the top three list, only one dish has had contact with salt water. Let’s have a look at rød pølse, smørrebrød and stegt flæsk.

Well-known in the Scandinavia are hotdogs – we all experience that when having a snack after buying furniture at our local Ikea store. In Denmark, they like the sausages made from pork meat coloured in red – using Carmine as color. They call them rød pølse and you can get them from small shops nearly everywhere, mostly in combination with roasted onions and gherkin. A delicious and fast snack ubiquitously available.

Smørrebrød means just bread with butter, but it is served any endless variations throughout the country. This is the place where fish comes into play – enjoy some bread with butter and salmon or sour herring, it is eaten with fork and knife. In Germany, the Danish Smørrebrød became famous because of a special fact: the TV show The Muppet Show includes a Swedish chef (which is a Dane in the German version) and who sings a song called ‘Smørrebrød, Smørrebrød røm, pøm, pøm, pøm‘. Mention the word Smørrebrød to a German, you’ll see what happens.

A rather unknown dish outside Denmark is stegt flæsk – something that is considered as the ideal meal for Christmas eve. What you’ll get is fried pork belly, typically served with potatoes and white gravy (containing parsley). It is a crunchy meal because of the fried pork fat. Not so healthy but quite delicious.