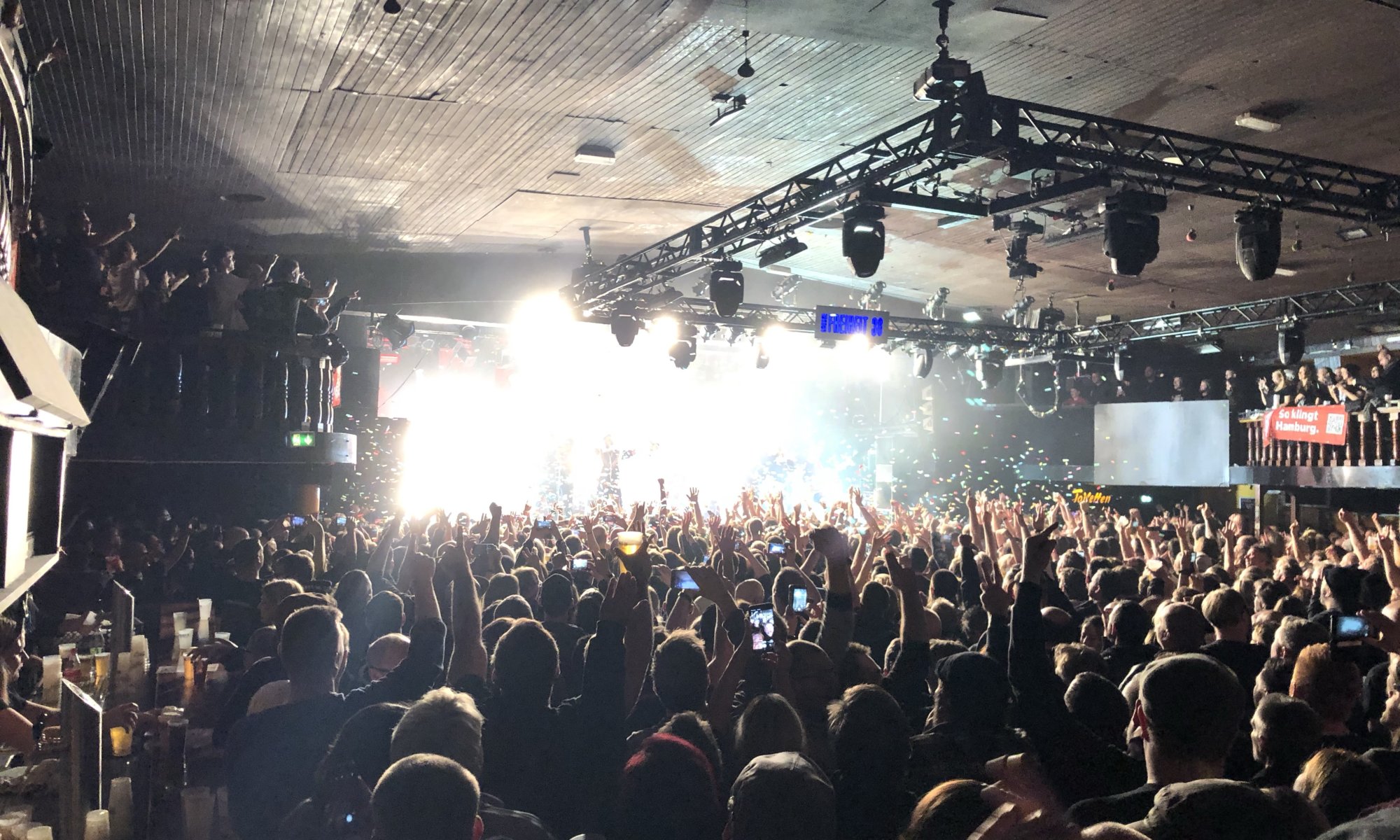 The Große Freiheit (lit. ‘large freedom‘) is a side street of the Reeperbahn at Hamburg, Germany. It goes back to the 17th century when a special economic zone (the ‘Freiheit‘) was created here – giving the inhabitants freedom concerning crafts and religion. But the street became much more famous later when being part of the red-light zone with striptease clubs named Safari, Colibri or Salambo. Later it became a place for music; the Beatles played their first concerts at the Star-Club.

All those places are gone today but the Große Freiheit is still a good place for concerts: at house number 36 you will find the Große Freiheit 36, a fantastic club with unhindered views to the stage and a gallery on the first floor. Many great bands played there in the past like Rio Reiser, Blur, Pearl Jam, Black Eyed Peas, Coldplay, Placebo, Seeed and Sportfreunde Stiller. One floor down there is also the Kaiserkeller as another venue. It is one of the concert halls I really enjoyed to be at – with good sound, good service and open-minded visitors.

I came here for a combined concert of Sondaschule and Dritte Wahl, which meant some punk and ska in the pre-Christmas season. 😉 As Dritte Wahl (coming from Rostock, Germany) is already existing for 29 years the crowd was something special: a lot of punks between 40 and 55 mixed about with younger folk. A great atmosphere and a funny evening!

One Reply to “Große Freiheit”