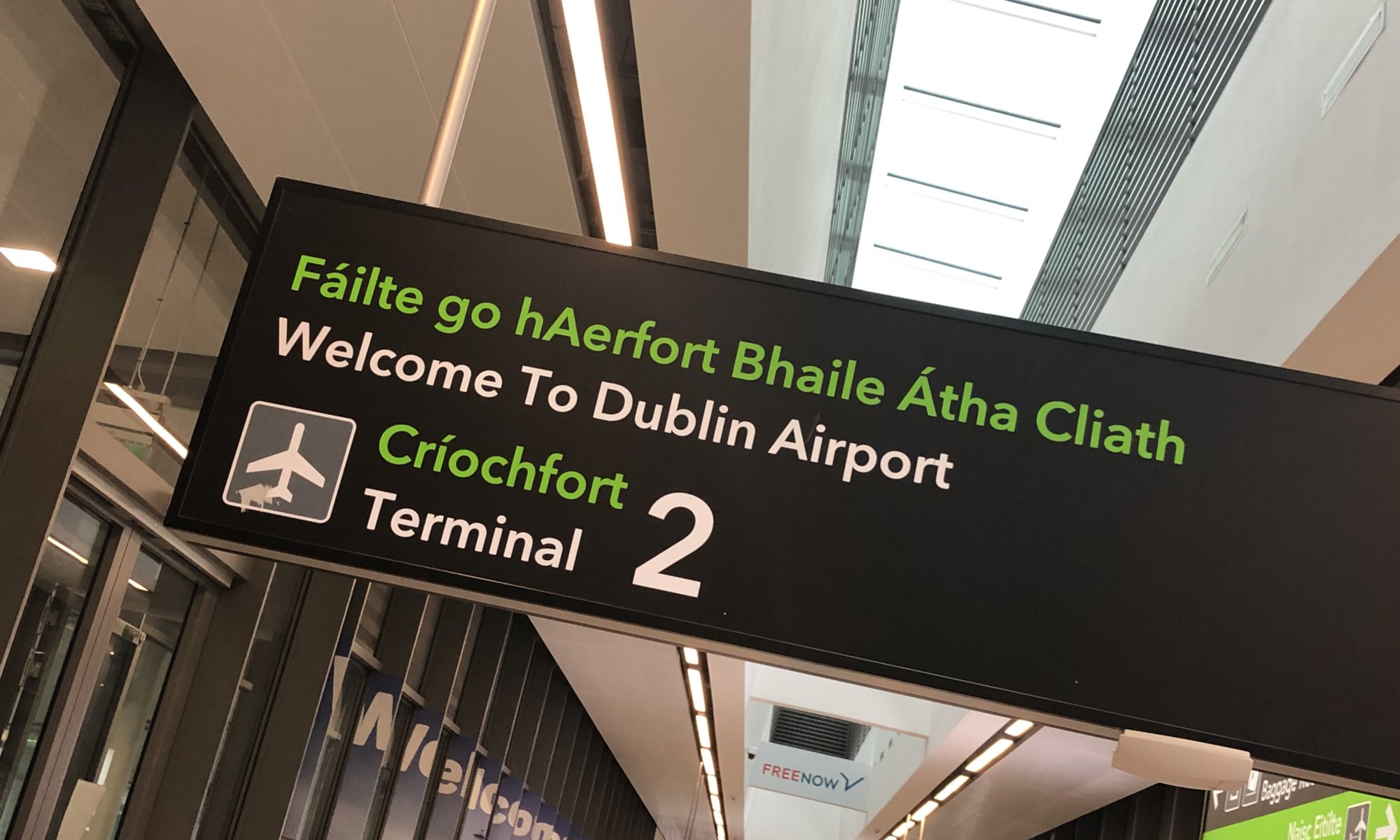 Official languages of Ireland are Irish and English. If you travel on the island you don’t need to learn Irish, everybody will be able to talk to you in English (but it is always nice to know some words!). Every now and then you will probably hear somebody speaking Irish and most signs a bilingual. I didn’t experience any real problems because of that – only when I wanted to go by DART to Howth I was surprised that the destination of the train was Binn Éadair and I needed to get the clue that this is just another name for the same location.

I read that the funniest confusion is around restrooms, as man means ‘féar’ and woman means ‘mná’. Especially for Germans, this could easily cause confusion, but I never saw a restroom labelled like this.

Irish belongs to the Gaelic languages in the Celtic language family. Having an own language is something that connects the people in Ireland – but the knowledge and usage of this language is declining.

What I really liked about Irish are some of their words and how simple and sometimes beautiful their meaning is: