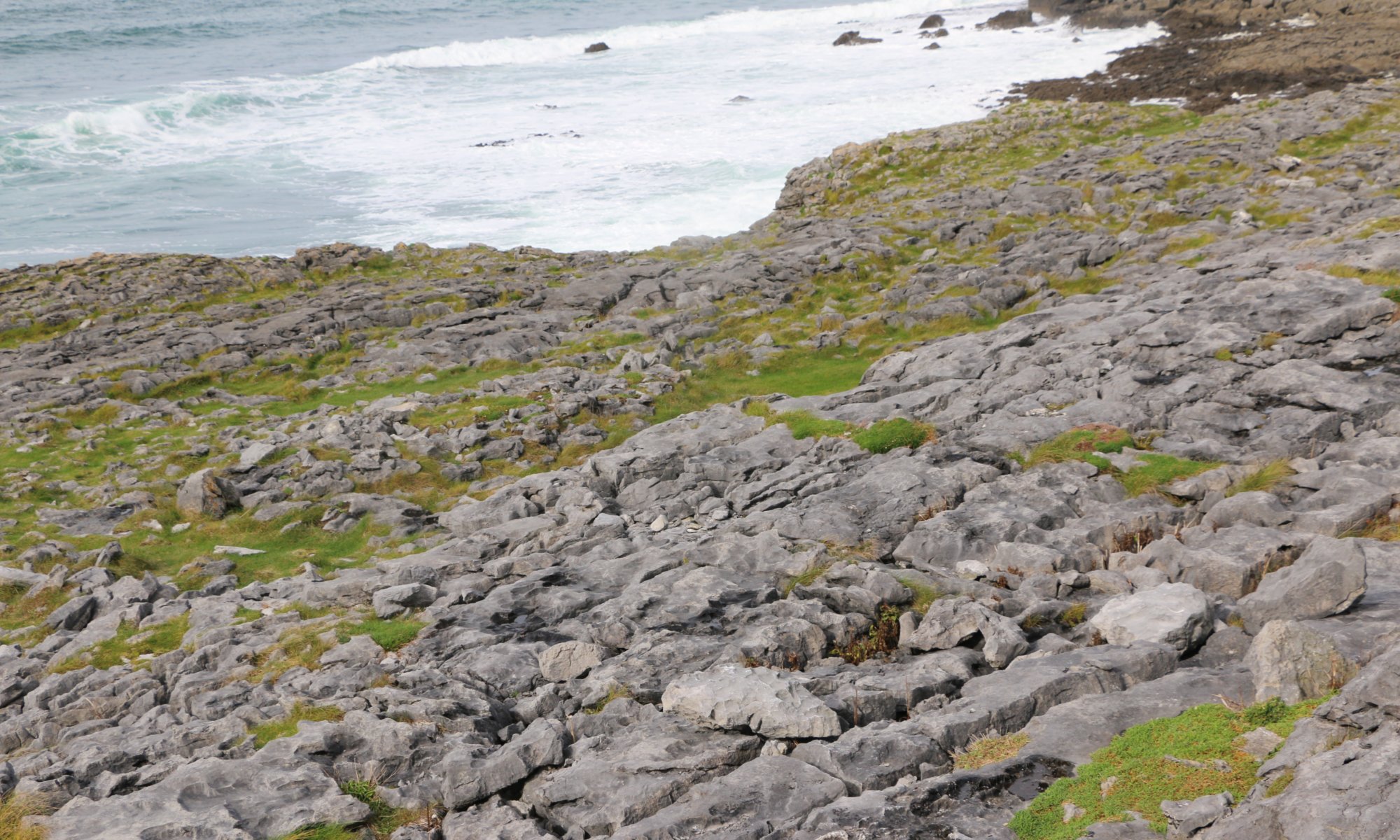 If you want to feel like walking on the moon you need to visit the Burren in the west of Ireland. In the Irish language, it is called An Bhoireann, which translates to ‘rocky place’; a very good description. As far as you can see there are only rocks with very little vegetation forming terraces. It is a typical Karst landscape that covers one percent of Ireland and which is interesting to walk through. Research shows that this region looked different until the bronze age and that human activity caused erosion and changed the landscape.

While passing the Burren landscape you can see a lot of stone walls. Some are created because the stones had to be removed from the fields and were used to separate different grounds. But you also see walls running through the mountains that make absolutely no sense. They are called penny walls or famine walls and date back to the great famine in Ireland (1845-1949). By that time the British forced the people of Ireland to pay rent for their land.

When the potato blight happened and they had nothing to eat or sell they couldn’t pay the rent. The British made them build these nonsense walls and paid them a penny a day. The great famine then caused a mass migration and the Irish spread throughout the world – many went to the United States. An important event deeply engraved in the Irish soul and a reason why Irish culture (and Irish pubs) have spread around the globe.

One Reply to “Burren”