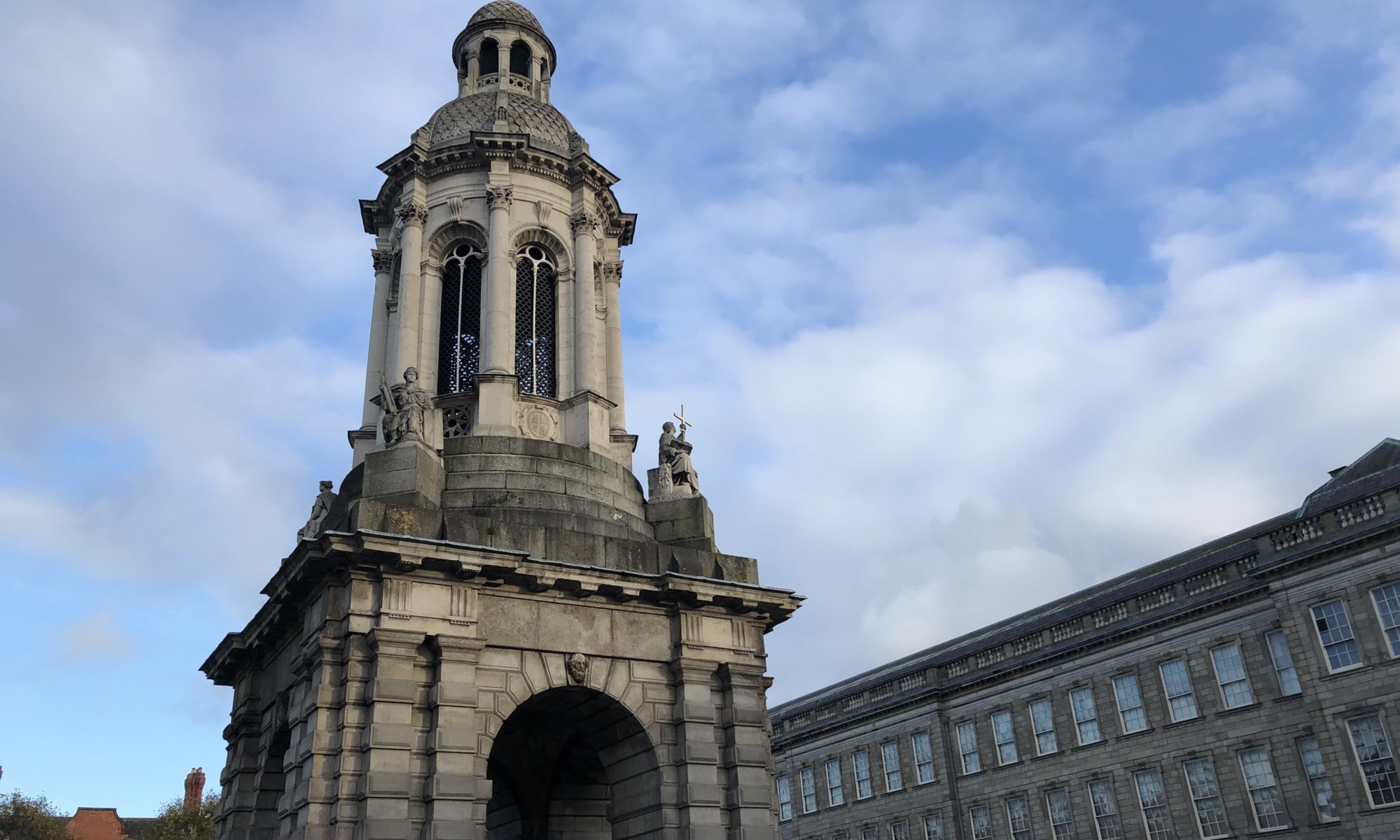 Trinity college is a well-known university in Dublin, Ireland. Its campus is located directly in the city centre and it was created with Oxford and Cambridge in mind – a real ivy-league university. The university was founded in 1592 (yes, really!) by Queen Elizabeth and is the oldest of Ireland and one of the oldest in the world. Very uncommon for a university is that it is very much visited by tourists. And that is not only because of the beautiful buildings and the campanile (a tower on the campus).

The highlight of Trinity college is the library: 200,000 books are stored here in an ancient atmosphere. One of those books is the Book of Kells (Leabhar Cheanannais) – a Christian book from the eighth or ninth century containing four gospels and was formerly stored in the abbey of Kells (therefore the name). But also the oldest harp of Ireland (and the harp is not only the symbol of Guinness but also of Ireland itself) is exhibited there. For your advanced conversation about Ireland: the Guinness harp has its long strings on the right side, in the coat of arms of Ireland the harp is turned to the other side.

One Reply to “Trinity college”