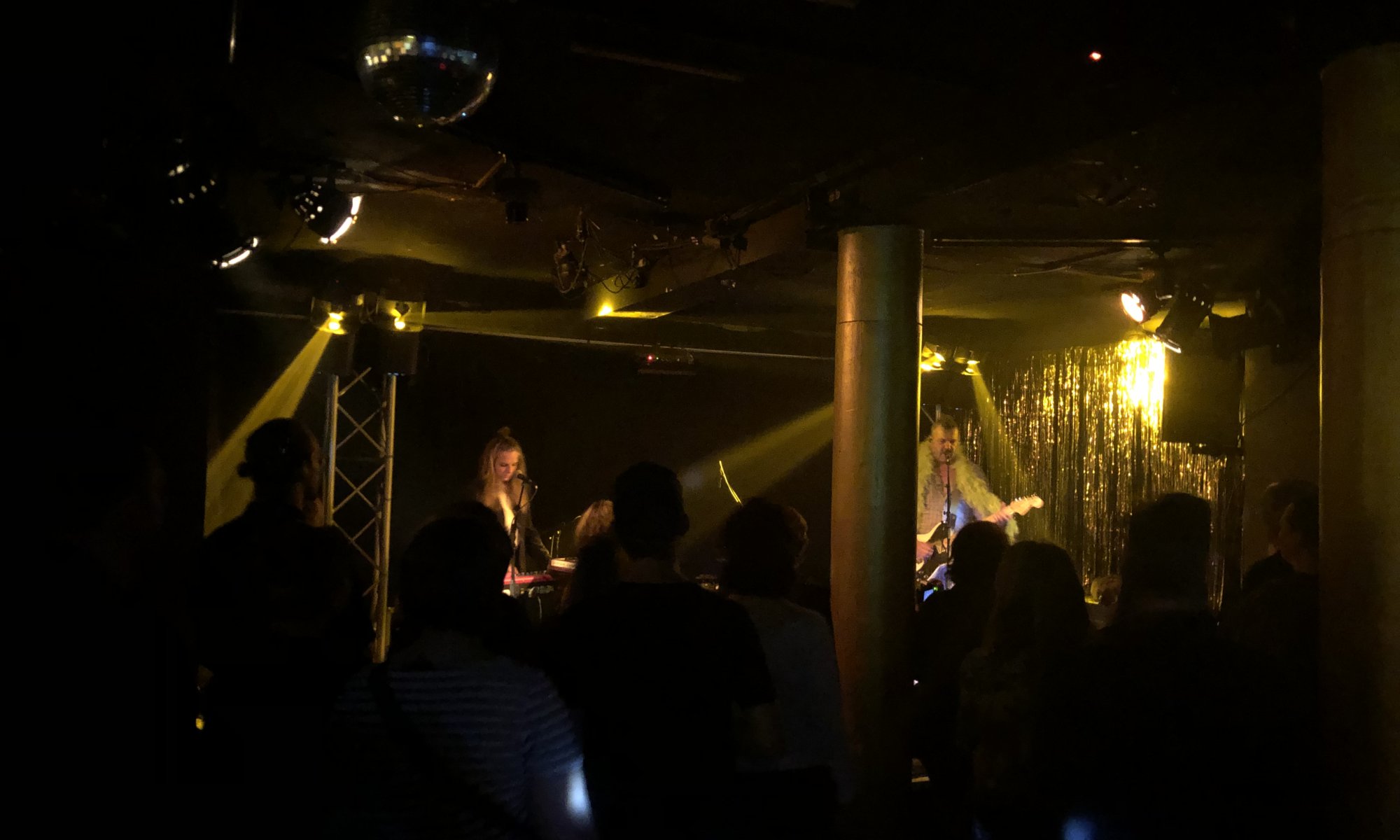 The Goldgrube is an alternative music club at Kassel, Germany. It can be found in the north of the city in a street called Eisenschmiede (iron forge). The club was opened in 2014 as a stage for bands that not yet fill the big music halls. I must admit that I would have never gone inside if I hadn’t bought a ticket in advance. When standing in front you wouldn’t expect what to find underground.

The Goldgrube is located in a cellar somewhere in the north of Kassel and consists of a small stage, a dancefloor, and a nice bar. I came here for a concert by Fortuna Ehrenfeld; an endlessly funny band with very irritating lyrics. When entering the place I first ran across ’the dentist of Darth Vader’, Martin Bechler himself, who then played in front of 70 people. A fantastic evening!

The Goldgrube was created by Udo Schulze who was also the owner of the bar Mutter. When he died much too young (at the age of 47) in 2018 nobody knew what would happen to these locations – but fortunately they could be kept open.