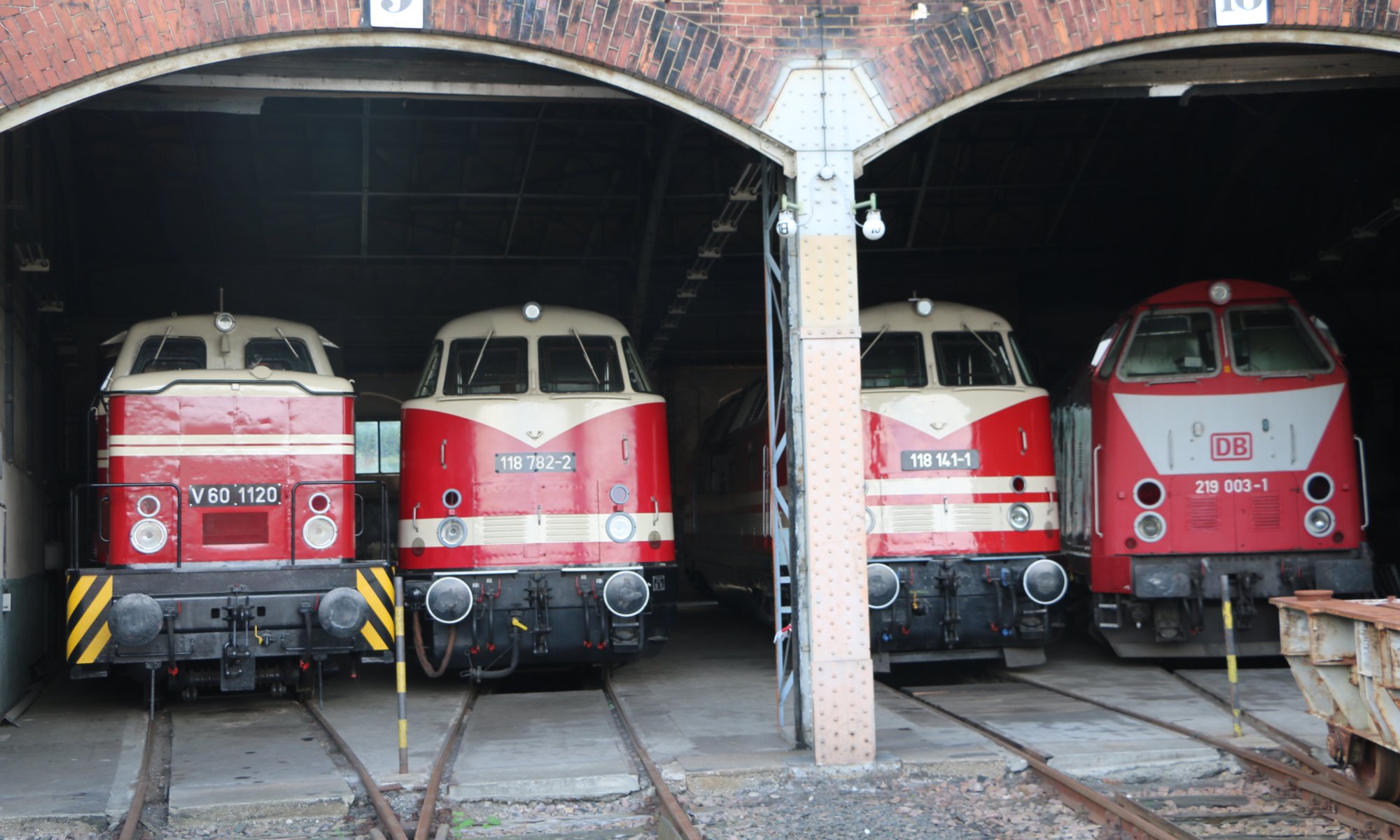 The Sächsisches Eisenbahnmuseum (Saxonian railway museum) at Chemnitz, Germany is a hidden gem for railway enthusiasts. It is located at the former Bahnbetriebswerk at Chemnitz-Hilbersdorf – a railway depot where until 1988 the maintenance for steam engine locomotives was carried out. It consists of two roundhouses filled with steam, diesel and electric locomotives, a narrow-gauge field railway and a lot more to discover. You can roam the vast area of the museum freely – which is part of the fun.

The organisation maintaining the museum also realizes a lot of events. In addition to numerous extra tours with historic engines and rolling stock they also organize the Heizhausfest with the highest number of active steam locomotives at the same time I ever heard of. Getting to the museum without a car requires some walking: take a train from the main railway station to Chemnitz-Hilbersdorf, pass under the railway tracks and turn left into the area of allotments. You need some ten to fiveteen minutes until you reach the museum – but it is worth the effort.