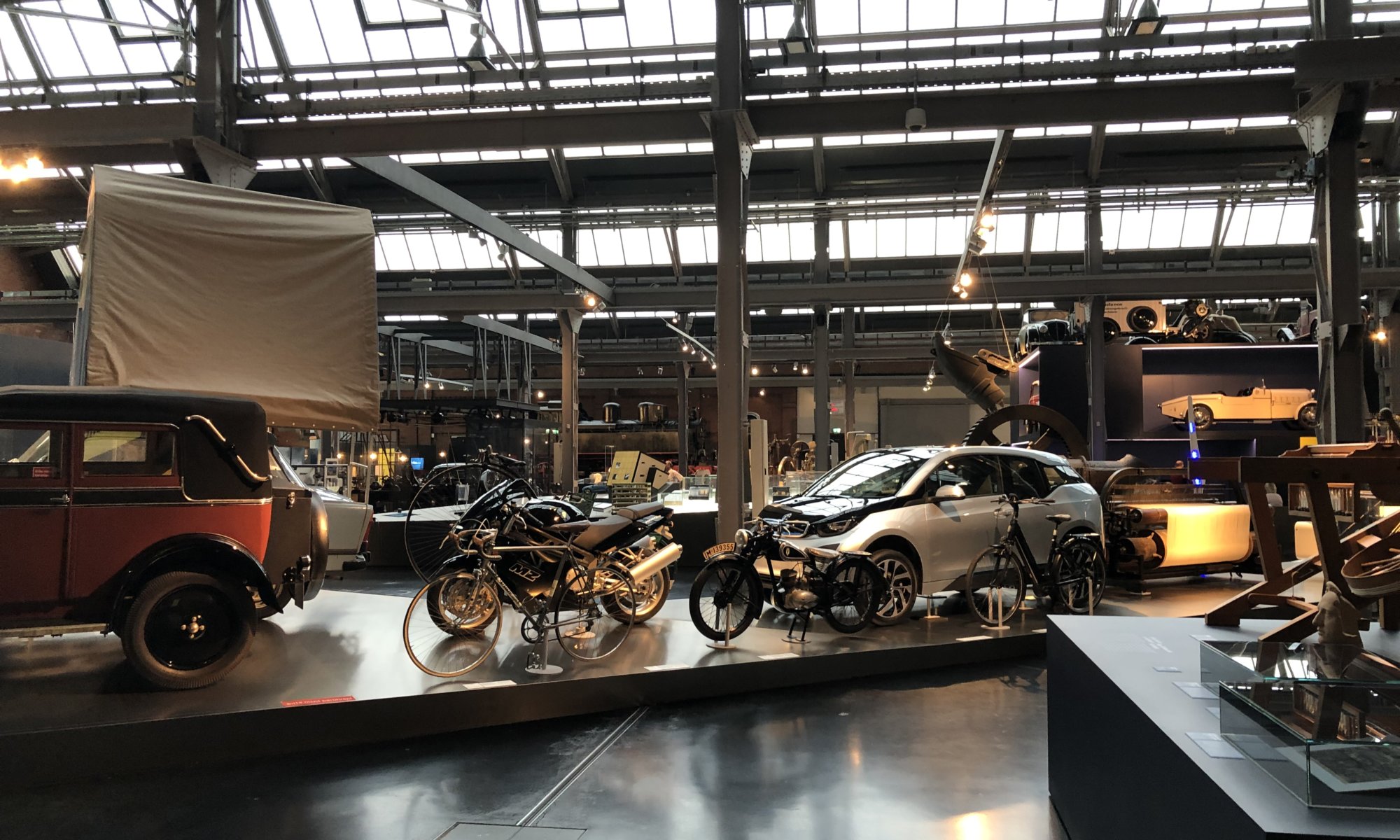 The city of Chemnitz, Germany has a long industrial history: In the 18th century the production of textiles became important and due to the usage of hydropower the spinning works became efficient. During the 19th century machine construction was in focus (including steam engines and steam railway engines). Chemnitz was one of the most important industrial cities in Germany by that time and sometimes named the ‘Manchester of Saxony‘. And the 20th century was the time of car manufacturing – included all the neighboring industries ja need to build a complex car.

My generation always connects the car brand Audi (the one with the four rings as a logo) with Ingolstadt in Bavaria, Germany. But in fact it comes from eastern Germany: the four rings symbolize the four companies Audi, Horch (both from Zwickau), Wanderer (Chemnitz) and DKW (Zschopau). They were connected in 1932 as the Auto Union. After World War II the Soviets closed the factories, dissambled them and took them home. A lot of employees left the east of Germany, went to Ingolstadt and recreated the company there in 1949.

Was all that in mind it is clear that there has to be a museum about industry in Chemnitz. A first small one was created in 1992, in 2003 it moved to the wonderful buildings of a former casting factory. It is not a very big museum – it is more or less one big factory hall full of exhibits and underneath this an exhibition of old textile fabrication machines. In the museum you can see different machines, a steam engine, cars and also some items related to mining (the Erzgebirge is close-by). The museum also has a shop and a restaurant. You can reach it by the tramway (stop ‘Industriemuseum‘) or if you don’t mind to walk a little bit by using a train to Chemnitz-Mitte.