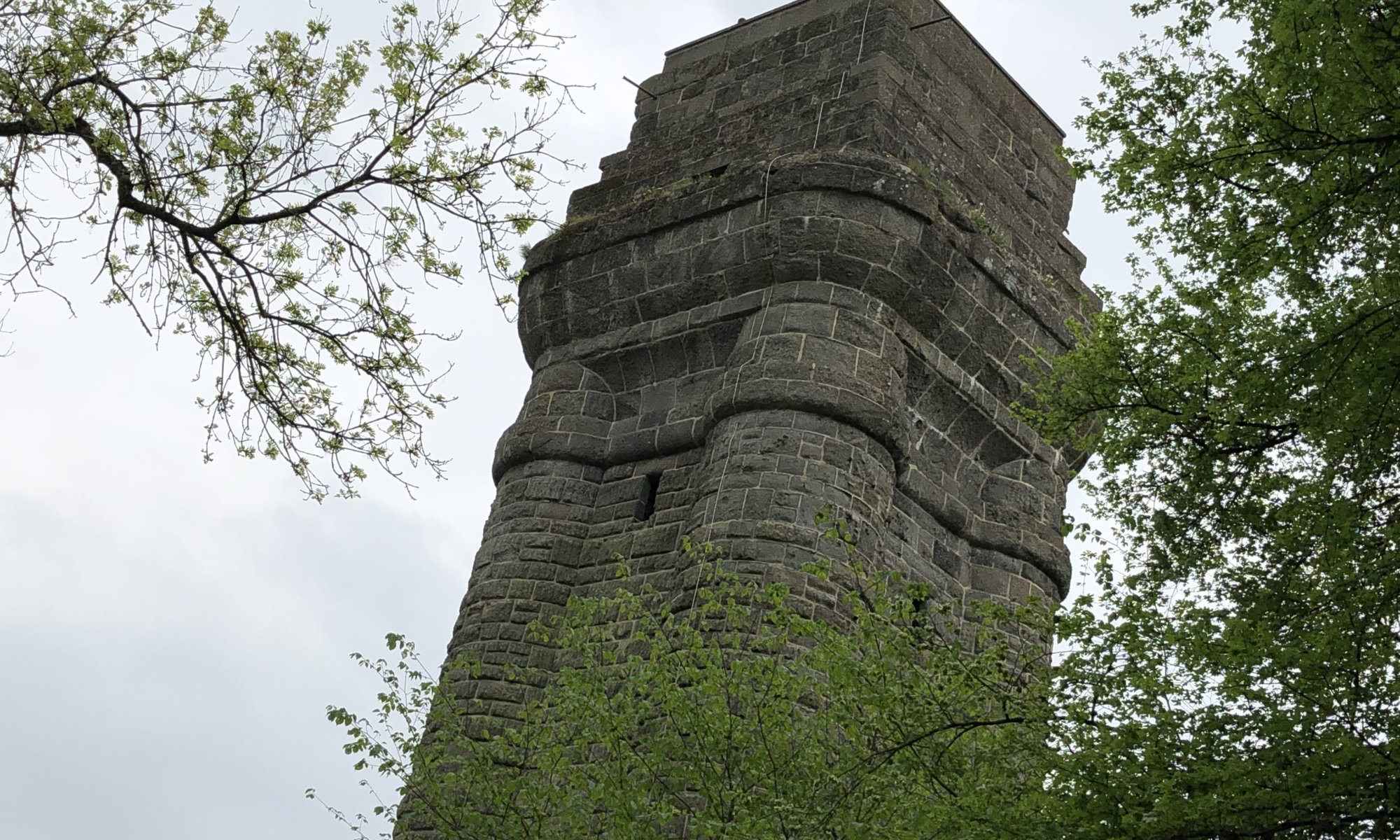 The Bismarckturm at Kassel, Germany is a look-out tower built between 1903 and 1904 on the Brasselsberg mountain in honor of the first German Reichskanzler Otto Fürst von Bismarck. You can easily spot it from everywhere in the city when looking at the mountains of the Habichtswald. In Germany 47 towers of the same design exist, but this is with 25.5 meters the highest one.

The tower had to be repaired several times for example after a lightning hit the building in 1962. In 2010 the stairs within the tower were replaced and – after it was closed for some years – it is now open again. Around the clock you can enter the tower (when you manage to reach it in its elevated position) and enjoy good views on Kassel. When weather conditions are good you can even spot the mountains Brocken, Hoher Meißner, Großer Inselsberg.

Getting up from the city to the tower can be a painful thing because the way is pretty steep. If you want to avoid this go by tramway 4 to ‘Druseltal‘. Switch there to bus 22 or 23 and exit at ‘Neu-Holland‘. From there it is a much easier and more beautiful way that is four kilometers long and takes you around the Brasselsberg mountain to the rear of the Bismarckturm.