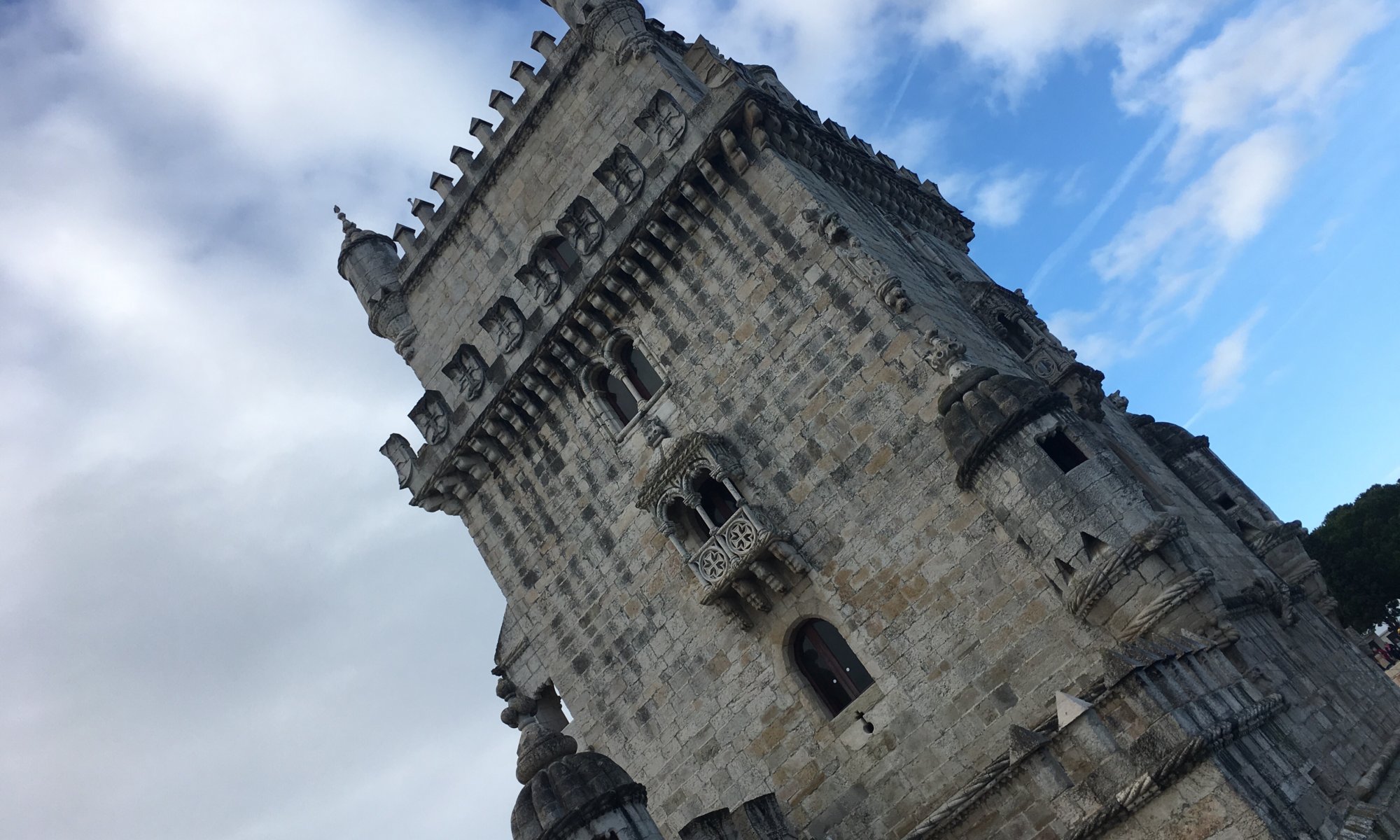 The Torre de Belém is one of the main sights in Lisboa, Portugal and obviously not very well suited for tourist masses. It was opened in 1521 as a lighthouse on a rock in the river mouth of the river Tejo. It was mostly used to greet leaving or arriving ships – not so much to protect the city.

But that was also part of the reason to build the tower: in the beginning there was a second one so that enemy ships could be fired at from two sides. This second one was destroyed during the earthquake in 1755. The wonderful decorations reflect the rich Portuguese times when they gained a lot of money by trading and colonialism.

The tower was used as a prison and a storage for weaponry. It was once located in the middle of the river but in the 19th century the river was made smaller and the tower can now be accessed via a short bridge. You can visit the cellar, the main terrace and the viewpoint on a height of 35 meters.

As there is only one staircase there is a computer system directing the visitors: sometimes you are only allowed to go up, sometimes only down. We were there in off-season – I can’t imagine how crowded this tower is during the summer. There is a number of persons allowed in parallel inside the tower and therefore large queues can exist in front of the building.

Therefore plan you visit well and better arrive directly when the tower opens. The Torre de Belém is a wonderful piece of architecture and history and you should not miss it. It became a UNESCO world heritage sight in 1983.

One Reply to “Torre de Belém”