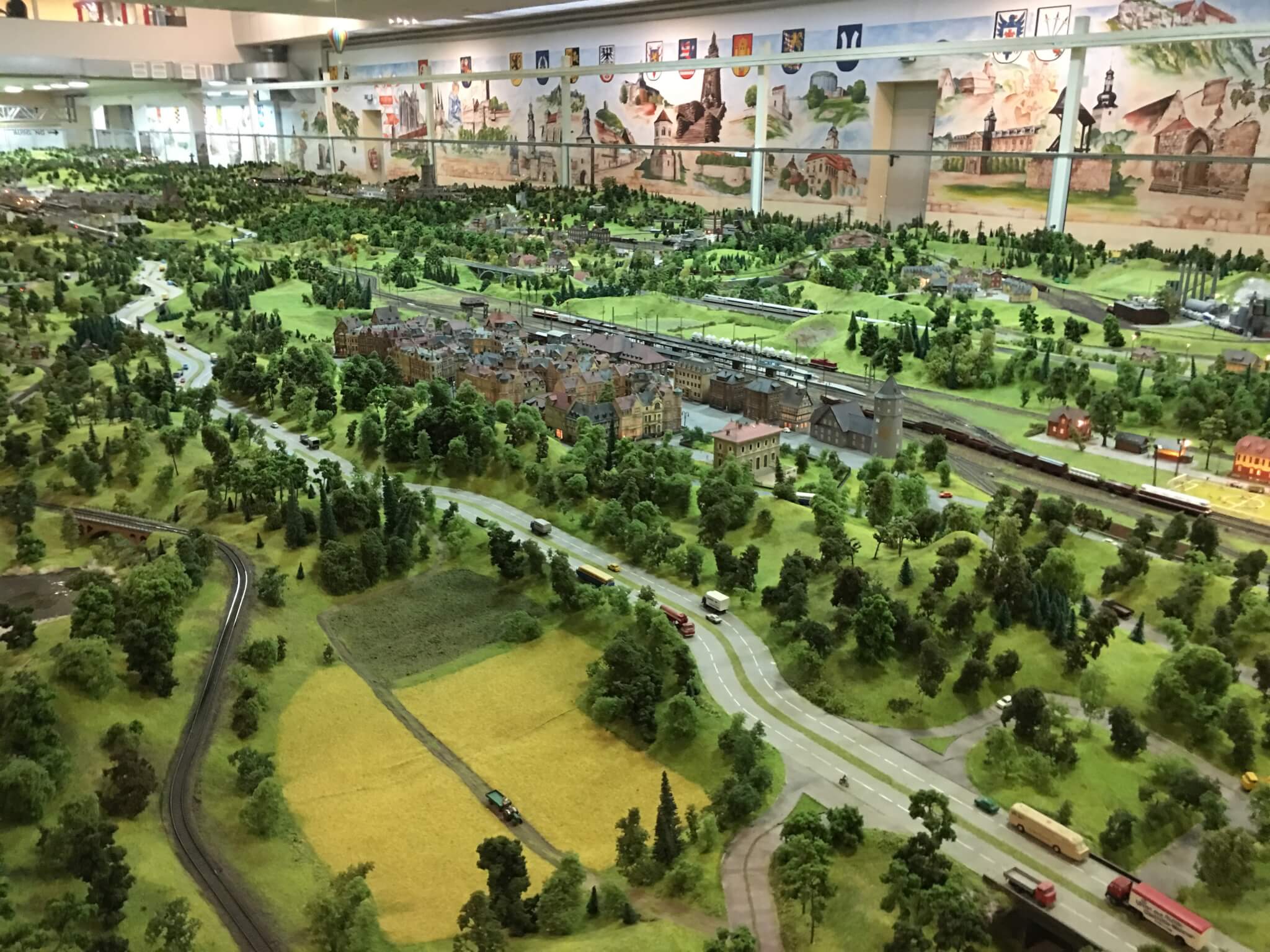 Miniature railways are a children’s dream and always create happiness. One of the biggest I’ve seen so far can be found in Wiehe in Eastern Germany, close to Sangerhausen and the A38. It offers 12.000 m² of miniature railway exhibition. It starts with a landscape of the federal state of Thüringen and the route then leads throughout Germany, Europe and the World (with a focus on the United States).

The rest is a vast and colorful exhibition of different things: Moai figures from the Easter Island, Chinese stone soldiers, money from around the world and pictures from fortifications of the Templers. This combination feels a little awkward and the restaurant is very simple – but the mini railway you can ride outdoors around the place (for just one Euro!) is definitely fun!

One Reply to “Around the world”