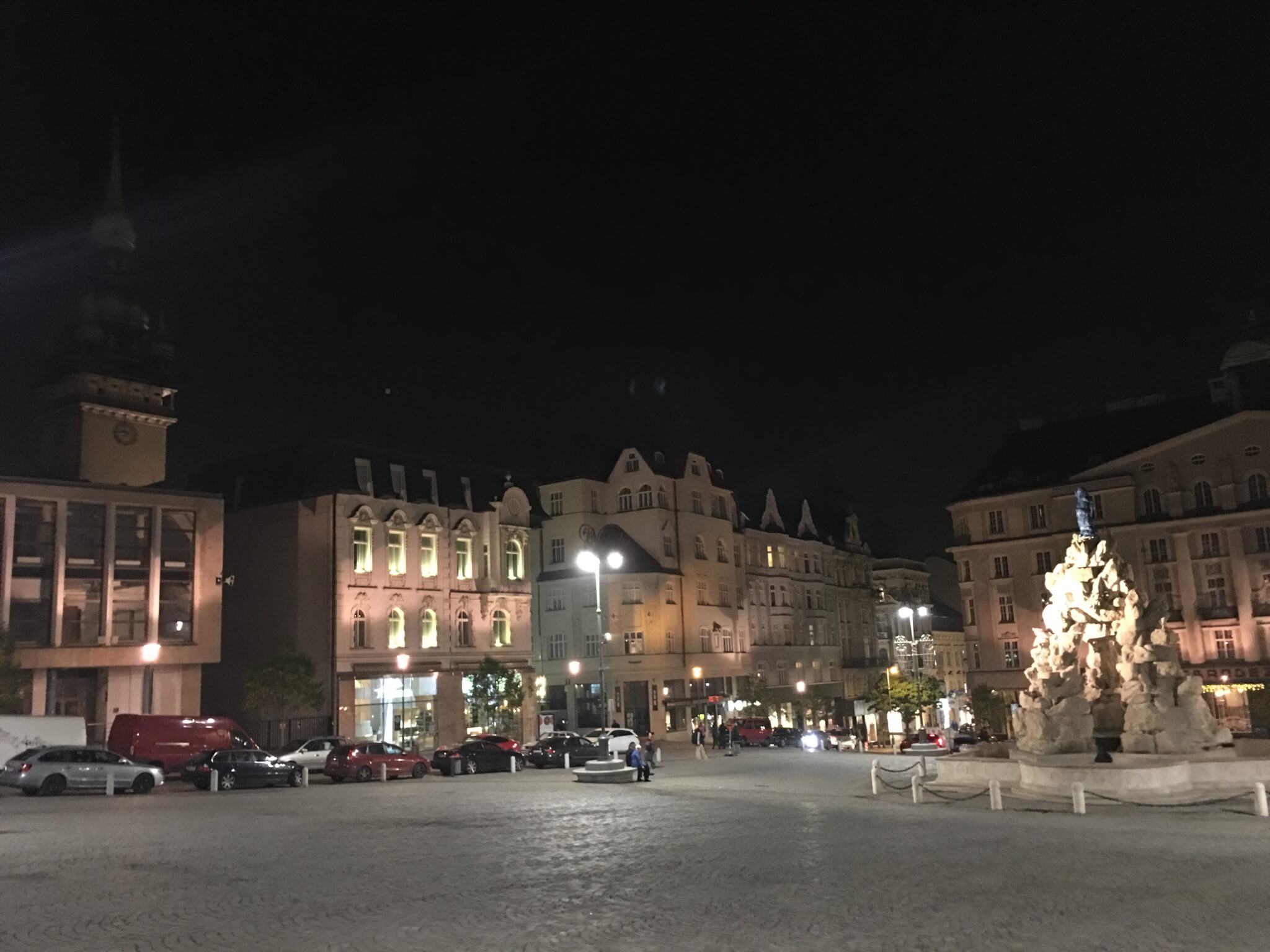 I decided to stay overnight at Brno, Czech Republic instead of Praha – because I wanted to get away from the massive tourist streams in this city. And yes, because it was well positioned on my travel route. This was a good decision, because Brno feels like the real Česko. A young and very vivid city with a surprisingly good nightlife.

Two buildings function as landmarks of the town: on a hill close to the city center the Špilberk castle is located. Even at night you can roam the park surrounding it, like many couples seem to do. You can enjoy views on the city and even enter through the castle gates – a bar is located inside. The second one is the beautiful Katedrála sv. Petra a Pavla which is visible from near and far because it has been placed on another mount.

When walking through the city you’ll pass two main squares: the herb market (Zelný trh) and the freedom square (Náměstí Svobody). On the latter a winter market was located where different wineries offered their products to people standing around in groups. The available dishes were a bit mono-thematic: mainly sausages of different kinds and sizes. But everywhere around there were small bars and clubs calling; something that I was not expecting. In fact, Brno has several universities and a lot of students, also from abroad.

In the year 1900 the majority of inhabitants of Brno was German-speaking and the city therefore called “Brünn“. After World War II the German inhabitants were expulsed violently. From the 30th of May, 1945 around 27.000 people were forced onto the so called Brno death march. Even 70 years later when the council of Brno reached out a hand in reconciliation this was heavily criticised from different groups in the city.